New Launch EC In Fernvale, Sengkang With Family-Friendly Facilities & Many Amenities Nearby

Parc Greenwich is a new launch executive condominium (EC) in Fernvale, Sengkang in District 28. It’s also located in the OCR (Outside Central Region) and is expected to TOP in 2026.

Parc Greenwich is a 99-year leasehold EC with 9 residential towers of 14 storeys each. It has a unit mix of 2 to 5-bedroom apartments, including penthouse units.

Parc Greenwich is jointly developed by Frasers Property and CSC Land Group. Frasers Property is a multinational real estate developer which is well-known in Singapore. Its past residential projects include the upcoming Rivière at Robertson Quay as well as the Twin Waterfalls and Twin Fountains ECs, both of which were sold-out. It has also developed several integrated projects like Watertown at Punggol, North Park Residences at Yishun and Compass Heights at Sengkang. Several malls like The Centrepoint, Northpoint City and Causeway Point are also under Frasers Property.

Faruq covers New Launch condo showflats in Singapore and writes comprehensive reviews of them. Outside of work, he is a foodie who enjoys going to cafes, exploring new places and travelling (pre-covid).

What is the price of individual unit types at Parc Greenwich?

What is the address of Parc Greenwich's showflat and how can I book a showflat viewing?

Parc Greenwich's showflat is located at the junction of Fernvale Road and Sengkang West Way. Click on the "Enquire Now" button to book your slot.

What is the average price psf of Parc Greenwich?

Parc Greenwich's average price psf is estimated to be S$1,226.

Is Parc Greenwich a good investment?

Parc Greenwich is a good investment for families with young children as there are plenty of primary schools and pre-schools nearby. Its unit mix of 2 to 5-bedrooms are also suitable for larger families. 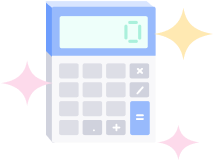 Use 99.co’s property payment calculators to assess your affordability, progressive payments and future mortgage payments for this New Launch project!