He told Lianhe Zaobao on 29 November that he feels that the ‘lottery effect’ of well-located HDB flats, which could result in “windfalls” for successful BTO applicants, is an problem that needs to be addressed.

Currently, applicants of such flats obtain them at a government-subsidised prices and can proceed to sell their homes at a far higher price—at times more than 30% higher—on the open resale market after the five-year Minimum Occupation Period (MOP) is over.

Mr Lee was concerned about the fairness of the lottery effect and how it can turn new neighbourhoods in prime locations, such as those in the upcoming Greater Southern Waterfront (GSW), into enclaves for the rich.

“If it’s going to be sold and transacted at high resale prices, then there is a risk that only well-off Singaporeans can buy (flats in) those estates. And then of course, the character of the estates will change and it may be priced beyond the reach of ordinary Singaporeans,” he said.

The minister asserted that “we do not want to have estates that are gentrified and that only the wealthy can afford to live in. We want to have a good mix.”

Mr Lee revealed that the government will build two-room flats for seniors and rental flats for underprivileged families in new prime areas like the GSW to “deliberately inject” inclusiveness and diversity into these estates.

Those are short term measures. To ensure that HDB flats in prime estates will have a good mix of Singaporeans for “generations to come”, Mr Lee revealed that the government is currently looking to “impose limits on resale” of such flats and “implement pricing measures” to cool the resale market in prime locations.

He also appeared determined to ensure that any measures implemented will be robust. “People will, of course, pay what they believe the market can bear in order to get these very good flats and very good locations. So some of these measures would have to cover all these fronts,” he said.

Government to consult the public before implementing resale-limiting measures

Mr Lee said that the Housing Board will seek suggestions and feedback for Singaporeans through engagement sessions over the next few months, before the measures are implemented.

According to Zaobao, the minister expressed a sense of urgency. “Although the Greater Souther Waterfront will only begin developing in phases five to ten years down the line, there may be other sites with very prime attributes in the months ahead.”

“So, there’s a need to begin discussions as soon as possible and seek Singaporeans’ views so we can come up with new resale model that we can trial in a short time span.”

Any measures implemented will be aligned to HDB’s core values. “We want to enable ordinary Singaporeans to live in any neighbourhood they choose, including those in locations that are considered prime,” the minister said.

Measures to limit the sale of resale prices of prime location HDB flats could backfire, especially if they are in monetary terms such as an additional “prime location levy” on sellers. Such forms of tax or tax-like deterrents may only drive up resale prices further.

If not implemented correctly, capping prices for prime location resale flats may also prove an unpopular option among Singaporean HDB homeowners, who may perceive such a selective measure as unfair. (After all, “prime location” can be a very subjective term. Not everyone thinks Bishan is prime, for example.)

Another easy but ill-conceived measure to implement is to extend the MOP for prime location BTO flats from the current five-year period. Not only is it a case of “kicking the can own the road” (a runaway price increase will eventually happen), but it will also trap owners who have a real need to sell the flat, because circumstances can change more drastically in the five to ten year time frame.

All said and done, the best ways to prevent resale prices from ‘running away’ in prime locations aren’t money-related. The government can consider selling these flats on an initial shorter lease of, say, 60 years. Owners can opt to extend the lease to a full 99-years after 50 years, but must pay the market rate at that point in time top up the lease. They can also pay a HDB-determined market rent if they wish to continue to live in the flats. This measure, which targets the tenure of flats, would bring the resale prices of these flats upon their MOP more in line with non-prime flats with few drawbacks.

Should the government control HDB resale prices for prime location HDB flats? Share your thoughts in the comments below. 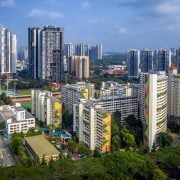 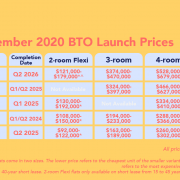 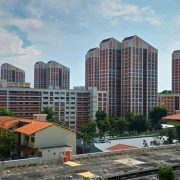 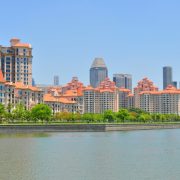