What is the Land Acquisition Act, and can it be enforced on properties like Kampong Lorong Buangkok?

These days, more than three-quarters of the land in Singapore belongs to the government. However, this was only possible due to the Land Acquisition Act, which allows the government to acquire private land for public purposes.

This includes freehold land, which, unlike leasehold land plots, technically belongs to the owner indefinitely. The most recent case related to this is the acquisition of the four-storey Thomson Road freehold property last year to make way for the construction of the North-South Corridor.

More recently, there was an article about how the landlord of Kampong Lorong Buangkok has refused to sell the land, prompting comments on HardwareZone that the government could acquire it through the Land Acquisition Act.

What is the Land Acquisition Act?

According to the MinLaw website, the Land Acquisition Act can be used to acquire private land for public purposes. This includes the “building of transportation infrastructure and public housing”.

Removal expenses, legal fees for mortgage redemption, and stamp and conveyance fees may also be reimbursed.

The Land Acquisition Act was first passed in parliament in 1966 and enacted from June 1967 onwards. According to the NLB article, it enabled the government to expedite the land acquisition process to make land available for housing, commercial and industrial projects of agencies like HDB, URA and JTC.

This was also when the government was relocating people living in kampongs to new HDB housing estates. Besides public housing, land was acquired for industrial developments and the construction of roads, schools, community and recreational facilities.

The NLB article also mentioned that the act helped to keep the costs of building houses and industrial premises affordable.

Given the purpose of the act and what we’ve seen with the past acquisition of private lands, can the government also enforce the Land Acquisition Act on Kampong Lorong Buangkok?

Before we touch on this, here’s a little background on Singapore’s last remaining kampong.

Years ago, most people in Singapore lived in kampongs. But they were eventually relocated to HDB flats as the government acquired the land for redevelopment.

Over time, only one village remains, which is Kampong Lorong Buangkok. The land on which the kampong stood was bought by Sng Teow Koon, a traditional Chinese medicine seller, in 1956.

The land was then rented to Malay and Chinese families to build houses. And over time, it grew to become a kampong, with running water and electricity installed in 1962.

Spanning 12,248 sqm plot of land (or around three football fields), the land now belongs to Sng’s children, with the youngest daughter Sng Mui Hong being the current landlord living in the kampong. She doesn’t have any children.

Currently, 25 families live in the kampong.

Land is worth millions of dollars, but landlord has refused to sell

The kampong has been in the spotlight over the years not just because it’s the last traditional village in Singapore. There have been agents offering to buy the land, but Sng has refused all the offers.

Back in 2007, Straits Times reported that she was offered to sell the land for S$33 million. The original article has since been taken down, but it’s been reproduced here.

In an interview with The New Paper (which has since been taken down also but can be seen here) published in the same month, Sng revealed why she’s adamant about keeping the land.

“My mother stayed here for only one month and two days before she passed away. I was only three years old then. That’s why I must keep this land. It is my only memory of her.”

The same article mentioned that the monthly rent ranged between S$6.50 and S$30, with one tenant saying it had only increased by 30% in the past decade.

More recently, the Insider article quoted a tour guide that Sng had received another bid of S$70 million. It also mentioned a property agent highlighting that a recent GLS around the same size had fetched over S$381 million. A simple Google search tells us that the agent was referring to the 12,679.4 sqm Ang Mo Kio Avenue 1 site that was sold for S$381.4 million.

The future of Kampong Lorong Buangkok: Can the government acquire it through the Land Acquisition Act?

Given the land scarcity in Singapore, and the huge size of Kampong Lorong Buangkok, there’s been a lot of focus on its future.

When asked about the future of the kampong, Sng had said in the Insider interview, “I’ll think about it when it happens. I just live from day to day.”

The land comes with a freehold tenure, which means it belongs to the Sng siblings indefinitely. And just like how they had inherited it from their father, the land can be passed down to the next generation.

At the same time, as raised by some users on Hardwarezone, there’s a possibility that the government can enact the Land Acquisition Act to acquire it. Just like how the government had acquired huge swathes of land that were kampongs years ago, and gave the landowners compensation to buy HDB flats.

On top of that, the government has plans to redevelop the land. Back in 2017, then Second Minister for National Development Desmond Lee said that the largest portion of the site had been designated for a major road in Seletar. Another two parcels are for a primary school and a secondary school. And another parcel will be part of a neighbourhood park.

All these uses can be considered to be for public purposes. So even if Sng refuses to sell it to developers, unfortunately, there is still a possibility that the government will acquire it through the Land Acquisition Act.

Recent cases of such acquisitions include the Thomson Road building for the North-South Corridor last year, and the freehold terrace houses along Merpati Road and Jalan Anggerek in 2010 for the redevelopment along Mattar MRT on the Downtown Line.

For the latter case, the owners had until 2015 to hand over the land to SLA. However, they were later given four rounds of extensions spanning 20 months. Despite the extension, TODAY reported in 2017 that there were owners that refused to move, prompting SLA to issue a formal enforcement notice with a 28-day grace period to move. Should the owners still refuse to move, the SLA could apply for a court order to take over the properties.

In the case of Kampong Lorong Buangkok, the government had said that the redevelopment is likely to happen only several decades later.

While there have been calls for the conservation of the kampong, there have been no fixed plans on it. So unfortunately, in the years to come, we may lose the last kampong in Singapore, all in the name of redevelopment.

Do you think the government will acquire Kampong Lorong Buangkok through the Land Acquisition Act? Let us know in the comments section below or on our Facebook post.

If you found this article helpful, 99.co recommends School campuses in Balestier and Queenstown to be redeveloped into residential housing: Will they become PLH sites? and Assessing annual value of non-rentable property: Bollywood Veggies’ case against IRAS’ Chief Assessor. 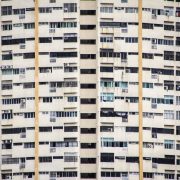 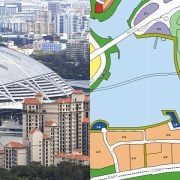 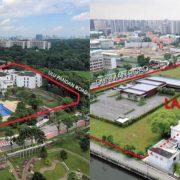