In Singapore, many school toilets and army camp is haunted. This is because property prices are high, and that’s all they can probably afford on hell notes. But for the small percentage of hantus that can afford an actual house, it’s a nightmare for their owners. It’s worse than haunted houses overseas:

Why is it worse to own a haunted house in Singapore?

Here’s what probably hasn’t occurred to you (or to local horror-film directors):

1. It’s not easy to just sell and move, because we have stamp duties

Ever wondered why people who end up with haunted houses don’t just move? Well it’s partly because that would make for a very short and crappy movie, and partly because it’s expensive – they might take a loss from selling so soon after buying. But said loss could be much worse in Singapore.

See over here, we have a stamp duty called the Sellers Stamp Duty (SSD). If you sell your house within the first year of buying it, you pay 12 per cent of the price or valuation (whichever is higher) as a tax. This falls to eight per cent on the second year, and four per cent on the third year.

So let’s say you buy a condo for $1.5 million. You find, come nightfall, that a creepy lady’s voice is swearing from one of the rooms. But even after you tell your daughter to turn off Nicky Minaj, you can still hear wailing and see a floating lady outside the window.

On top of that, you’re in a rush to move right? Well that means you’ll want to buy a new house first, and move in while you sell the old one. That counts as your second property, so we sure you’re ready to fork out the Additional Buyers Stamp Duty (ABSD) of 12 per cent* on the next house. So if you want to buy another $1.5 million condo, you’re paying $360,000 more: first for the SSD, and then the upfront cost of ABSD before remission.

(You can apply for ABSD remission if you sell your haunted house, within six months of buying your new home. But you do have to pay the ABSD first, within two weeks of concluding the transaction).

The alternative, of course, is to rent somewhere and fork out $2,500 to $3,000 per month (average condo rental rates) until your haunted house is sold, and you can buy a new one.

So it comes down to which horror story freaks you out more: the bills, or the pontianak in your house.

*That’s for Singaporeans. It’s even higher for Permanent Residents and Foreigners

2. There’s a Minimum Occupancy Period (MOP) if it’s a flat

If you bought an HDB property, you have to stay in it for five years before you can sell it on the open market. There are exceptions of course, but how are you going to explain it to HDB?

The last we checked, there are special provisions for situations like divorce. But people give HDB all sorts of outlandish excuses, and if yours happens to be “ghosts” then the reply is probably just the HDB officer laughing.

To make it worse, only the actual time spent living in the flat counts toward your MOP. So if you live in the flat for just two years, and then move elsewhere, you need to come back and stay for another three years for the MOP to be over. By the time it’s over, you’ll be reduced to a cautionary tale in a Pang Brothers movie.

3. We’re closely packed so your neighbours are affected too

In other countries, the terror is being alone and isolated in a big house. In Singapore, it’s pretty much the opposite. Our homes are tiny and densely packed, and very few of us live in landed properties. For the most part, we grew up with neighbours who knew how many Fs were on our report card by the sound of rotan strikes on our buttocks.

So if your house haunted, don’t even imagine you can get away with screaming at 2 am because a long-haired lady is standing at the foot of your bed. And pots and pans flying around? Get ready for Mrs. Chia next door to write another letter to her MP, while prepping a party for the day of your eviction.

Don’t assume your neighbours will be sympathetic – you may say it’s a ghost, they may just insist to the police that you’re a troublemaker. Or post a YouTube recording of your screaming in the morning, under the title “my neighbour is an asshat”.

And even if they do believe you, it’s not much more pleasant: they’ll probably be hanging Feng Shui mirrors on their doors, and giving you and your house a wide berth. Ostracism doesn’t make for a great living environment.

4. There are a lot of former graveyards in Singapore

Most people will know most of Bishan used to a graveyard. But even the current Woodleigh MRT station, and Dhoby Ghaut, were once former graveyards. Going by horror movie logic (i.e. never desecrate a burial ground to build your house on it), a fairly large percentage of our homes would  be targets for the supernatural.

Also, based on the movies we’ve seen, the solution often involves putting their remains to rest. HAH! Good luck doing that here. We’ve dug everything up and incinerated it. And even if you do locate the remains of a murdered soul, there’s probably a car park and a minimart built over it. You can forget about laying spirits to rest, unless…

5. Exorcisms can be really expensive

In the movies, there’s always some kind of ghost hunter or exorcist who seemingly handles the issue for free. They help out of scientific curiosity, religious calling, etc.

Well, down here they help for about $1 per square foot. That’s based on what we got from asking around. The cheaper services (all $100 or below) just involved you enacting certain rituals yourself, like walking the perimeter with a lit candle. We assume though, that those are only good for a minor pest of a ghost; nothing above the level of Slimer in Ghost Busters. For anything more elaborate, the rituals can range into the thousands.

There are some exceptions to this, such as religious services that are not performed for any fee. Some churches, temples, and other places of worship will help their followers without any charge. However, many victims of hauntings do end up paying a fair amount for peace of mind.

Are we being serious?

We don’t know if ghosts exist.

But we do know the emotional trauma of owning a “haunted house” – even if the haunting is just in the mind of the home owner – is real. It can have a tangible impact on sleep, mood, family relations, career, etc. And it is a serious problem, when the home owner cannot easily escape the situation.

There’s an added level of frustration and helplessness, as authorities can’t possibly acknowledge it – if IRAS were to accept “haunting” as a cause for not paying the SSD, thousands would start using it as an immediate excuse to avoid the tax.

So if a house doesn’t feel right to you – no matter how financially sensible it seems – it may be better to pick something else.

Have you ever had haunted house issues? Voice your thoughts in our comments section or on our Facebook community page. 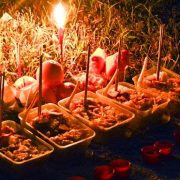 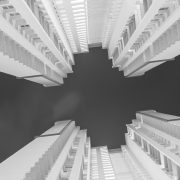 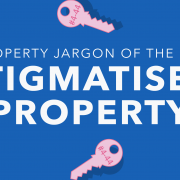 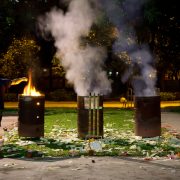