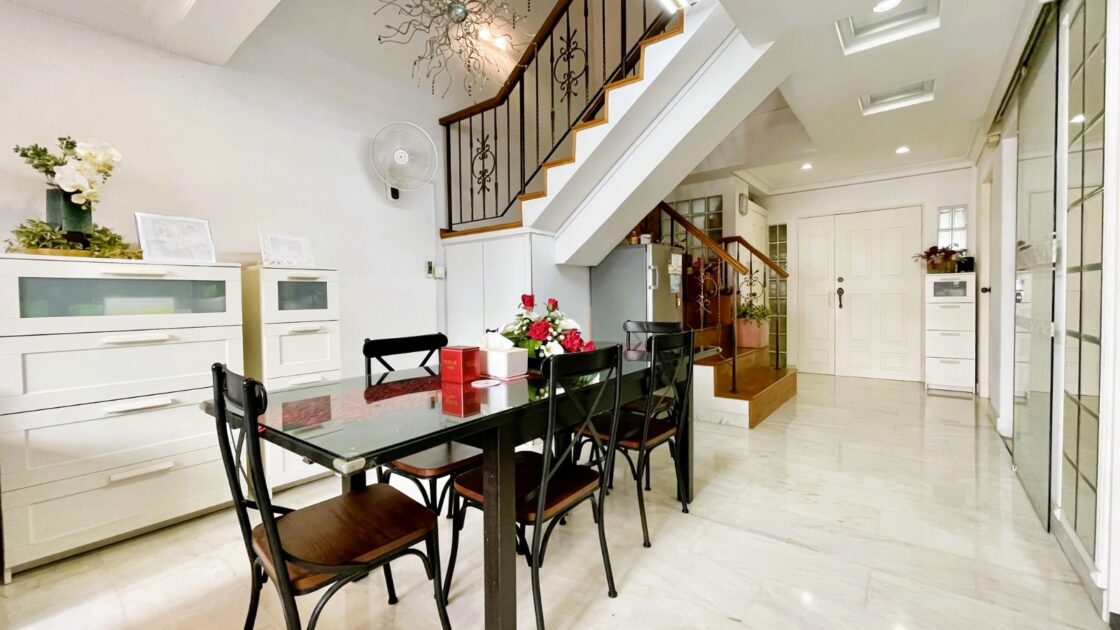 Following last week’s news about HDB resale maisonettes and a loft unit breaching the million-dollar mark in Bukit Timah, Tampines and Punggol, we have another maisonette reaching that mark.

The flat is also within a 1km radius of Kong Hwa School.

Mothership quoted Ryan Ong from WTG Property, the seller’s property agent, as saying that the buyers are a young couple in their 30s. They were represented by Tee Wan Kee from ERA Realty Network.

With the lease for the maisonette starting in 1983, it has around 60 years of remaining lease.

Most expensive HDB resale flat in Geylang (for now)

This maisonette is currently the most expensive HDB resale flat in Geylang.

Interestingly, the first flat in Geylang to breach the million-dollar mark was also a maisonette from the same block, located on the storey ranging from 10th to 12th floor. It was sold for S$1.01 million in December 2020.

HDB maisonettes are among the rarest types of HDB flats, as HDB no longer builds them. Unlike the typical HDB flat, they are double-storey flats, with the living, dining and kitchen on the first floor, and the bedrooms on the second floor.

At the same time, these maisonettes are not the only million-dollar flats in Geylang.

According to HDB transaction data, the previous record in the estate was held by a 5-room resale flat at Pine Close, which was sold for S$1.02 million in January this year.

This month also saw another million-dollar flat transaction for a 5-room resale flat along the same street at S$1.001 million.

Would you pay a million dollars for an HDB maisonette? Let us know in the comments section below.

If you found this article helpful, 99.co recommends Bishan HDB with 64 years left sold for $1.18m, with a record S$750 psf for the neighbourhood and Bukit Timah maisonette sold for record S$1.28m, highest in the estate.