At the Forefront of the Greater Southern Waterfront: Developments that Stand to Benefit

From its humble beginnings as a steamboat barbecue and kite-flying hotspot in the 1990s, the Marina Bay area has transformed into the leading financial hub, civic space and community playground it is today. More than 30 years in the making, the ambitious project has played an important role in shaping the cityscape of Singapore. What’s next in the works to bring the Central Area to the next level?

As the old adage goes – the best is truly yet to be. Perhaps the cherry on the cake set to define the Singapore skyline will come in the form of the Greater Southern Waterfront project. Announced by Prime Minister Lee Hsien Loong in 2013, the relocation of the downtown and southern port area to Tuas will culminate in the freeing up of about 1,000 hectares of land – an area three times the size of Marina Bay – and set the stage for the development of the Greater Southern Waterfront.

A new chapter in Singapore’s urbanscape

In August 2017, PSA Singapore moved all its 500 staff from Tanjong Pagar Terminal to the Pasir Panjang Terminal, well ahead of schedule in Singapore’s great port migration. PSA’s city terminals at Keppel and Brani are set to move into the newer facilities at Pasir Panjang. The Tuas mega-port is set to open progressively from 2021, with target completion taking place in 2040.

More importantly, optimistic projections indicate that the Greater Southern Waterfront project could switch into high gear before its projected 2030 start date as PSA might hand back the freed up land to the Urban Redevelopment Authority (URA) earlier than expected.

The Greater Southern Waterfront was given a further thrust in October 2018 when the authorities fleshed out plans to integrate Sentosa with the southern waterfront and to develop the island of Pulau Brani.

Envisaged to be the southern gateway of Asia, the seamless waterfront precinct is set to comprise a verdant island with different types of housing, an island for play and tourist attractions, and a futuristic city that is an extension of the Central Business District (CBD) providing access to Singapore’s green pathways.

With Sentosa and Pulau Brani being earmarked to be part of the Greater Southern Waterfront, there’s opportunity to up the green quotient in both the islands. In the near future, we could see residences and a themed destination hub arise – nestled amid a lush forest setting.

According to the URA, a proposed eco-corridor could provide a continuous link connecting Gardens by the Bay to the island-wide green network, including the Rail Corridor and Southern Ridges. Various pockets of public spaces in the green lung will allow for community interaction, activities and events for both residents and visitors alike.

Revolving around the theme of “live, work, play”, high-rise developments could incorporate greenery at all levels, allowing residents and officer workers to smell the proverbial roses just a step away from their homes or work places.

In District 5, there are a few developments that could benefit as the future waterfront housing belt lifts the prices of homes in surrounding neighbourhoods such as Pasir Panjang. These include the fully-sold The Verandah Residences and the recently launched Kent Ridge Hill Residences both developed by Oxley Holdings Limited.

With plans afoot to include the Southern Ridges as part of the Greater Southern Waterfront’s eco-corridor, residents living in Pasir Panjang could cycle, walk or jog to work at the new waterfront precinct in the near future. 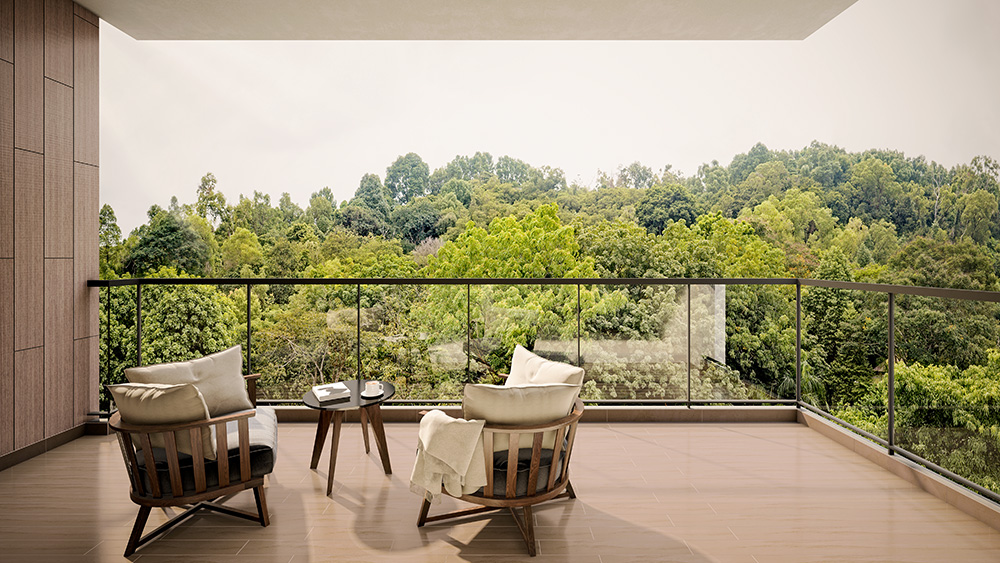 Sitting on a piece of land that spans five football fields, Kent Ridge Hill Residences comprises five-storey apartment blocks and strata landed homes that are comfortably spaced out. With plenty of space between blocks and individual units, property buyers who value privacy and spaciousness have one- to three-bedroom apartments, three- to five-bedroom penthouses and strata landed terraces to choose from.

A laurel unique to Kent Ridge Hill Residences is its residents-only direct access to Kent Ridge Park from the within the development’s grounds. The splendour and restorative properties of nature are just a step away for residents.

The CBD is just a 15-minute drive away while Pasir Panjang MRT station on the Circle Line is eight minutes away on foot. Mapletree Business City, one-north, HarbourFront Centre, the National University of Singapore and National University Hospital can be reached within five minutes by car.

Witness the exciting progress of the Greater Southern Waterfront from the restive sanctuary of Kent Ridge Hill Residences, and enjoy the perks of city living with a hillside address. 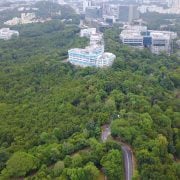 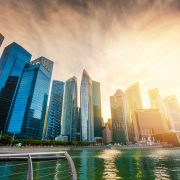 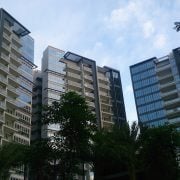