When it comes to the HDB BTO application, being a first-timer applicant gives you a lot of benefits. Not only can you qualify for a higher grant amount, but you get more priority too (read: better chance of securing a queue number).

Enhanced CPF Housing Grant of up to S$80k

As a first-timer, you can qualify for the Enhanced CPF Housing Grant (EHG) of up to S$80,000. How much you can get depends on your income.

To qualify, your average gross monthly household income in the past 12 months before the flat application must not exceed the income ceiling of S$9,000. As a first-timer, you also get more priority compared to second-timers and singles, which means you have a better chance of securing a queue number. These include:

Here’s the BTO flat distribution if you’re applying for a flat in a non-mature estate:

And here’s the BTO flat distribution if you’re applying for a flat in a mature estate:

There are also more flats set aside for first-timers applying for flats with a shorter waiting time:

As a young couple (with at least one of you a first-timer), you can apply first and defer the income assessment for the grant and housing loan. Your income will only be assessed around three months before the flat completion.

The eligibility criteria is that both of you must also be full-time students or NSF, and/or have completed studies or NS within 12 months before applying for a flat.

First-timers are also eligible for the Staggered Downpayment Scheme if you’re applying as a married couple or applying under the Fiance/Fiancee Scheme. Through the scheme, instead of paying the downpayment during the signing of the Agreement for Lease, you can pay it in two instalments: during the agreement signing and key collection.

You’re considered a first-timer applicant if you have never received any housing subsidies before. This means you’ve never bought:

So you’re considered a second-timer if you have bought any of these. This also means you have to pay the resale levy when you buy a flat from HDB.

With that, we break down a few situations that disqualify you from enjoying first-timer applicant benefits.

1. You have bought a subsidised flat with a family member before

For instance, you have bought a flat directly from HDB or a resale flat using CPF grant with your parents under the Public Scheme or with your siblings under the Orphans Scheme. You may have bought it with a family member to pay the mortgage.

On the other hand, doing so also means that you’ll lose your first-timer applicant status when you buy a flat later on with your spouse (or on your own as a single when you turn 35). So you’ll be considered a second-timer when you buy a BTO flat.

What’s more, you’ll have to deal with the admin issue of removing your name from the flat and having the other family member buy your share. This is because you cannot own more than one flat at any one time.

And that’s why we don’t recommend people to buy a flat together with a family member.

2. Your parents have transferred the ownership of a subsidised flat to you

This includes inheriting the flat.

We’re not saying this is a bad thing, since it means you already have a home to your name. And if it’s fully paid up already, you’ll probably just need to pay the legal fees and other costs like property tax and conservancy fees.

But if you’re planning to get a BTO flat, owning a subsidised flat can disrupt your plans. Firstly, there’s the five-year MOP that you have to fulfill after taking over the flat. This should also satisfy the five-year time bar before you can apply to buy another subsidised flat.

On top of that, since you’re planning to buy another subsidised flat, you’ll have to pay the resale levy and be considered a second-timer.

And since you can only own one HDB flat at any one time, you’ll also have to dispose of this inherited flat within six months of completing the flat purchase.

3. You have rejected a chance to select a flat twice

There are various reasons why you may have chosen to reject an invitation to book a flat. This can be because the flats left for selection are not desirable, or you may have financial difficulties.

But if you have been invited to book a flat twice and rejected both chances, you’ll have your first-timer priority suspended for a year. So during this one-year period, you can still apply for a BTO flat, but you won’t get to enjoy the first-timer priority.

4. You have cancelled your BTO application after booking a flat

The penalty is more severe than cancelling your application before the flat booking.

Suppose you cancel your BTO application before the key collection. In that case, the next time you apply for a BTO flat, you won’t get any additional ballot chances that would have been accumulated from the previous unsuccessful applications in the non-mature estates.

Besides this first-timer benefit, you’ll also have to wait for one year before you can apply or be an essential occupier for the following:

5. You broke up after the key collection

Unfortunately, sometimes things happen. One of the most common cases we hear is couples breaking up after the BTO key collection.

In such a case, since you’ve applied as a couple, should you break up later after getting your flat, you’ll have to give the flat back to HDB. HDB will then compensate you at the prevailing compensation price.

(If you have listed either of your parents in the application instead, HDB will allow you to retain the flat.)

On top of that, there’s a penalty. In some cases we’ve heard about, you’ll be barred from applying for a new flat for a number of years.

Do you know any other reasons that can disqualify you from enjoying first-timer HDB BTO applicant benefits? Let us know in the comments or on our Facebook post.

If you found this article helpful, 99.co recommends 1,600 new BTO flats coming to Farrer Park to be integrated with sports facilities and 5 things you must know before you apply for HDB’s Sale of Balance Flats (SBF) in 2022. 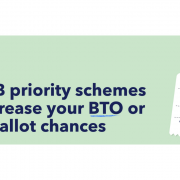 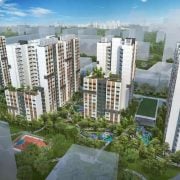 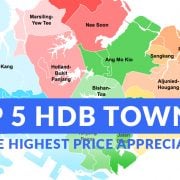 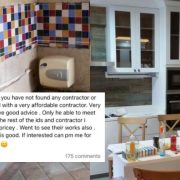