Why Yishun is the most terrifying place to live in Singapore

Every country has one: that spot where weird things keep happening, and every day is a season of the Twilight Zone. In the United States, it’s Florida. In Australia, it’s everywhere outside a city. In Singapore, it’s Yishun. Here’s why Yishun is so exciting and terrifying (along with some rationalisations).

What strange things have happened in Yishun?

Some of the things that you find in Yishun are:

And many, many more. But in case you’ve forgotten, here’s a rundown of those main ones:

There have been a spate of cat killings in Yishun, with two suspects when we last heard. The total number of cat murders is estimated to be at around 19, although the initial claims were 28 (it has since been found that some of the deaths were natural or accidental).

Cats have been slit open, bludgeoned, thrown off high places, and so forth. And whatever your feelings about cats, here’s why it’s serious: many serial killers and spree killers start by abusing defenceless animals, eventually working their way up to…well, people.

What do you do when a cat meows a lot? Feed it? Pet it? How about pick it up, and throw it off the 13th storey? In May 2016, that’s exactly what someone did. He chucked a male cat off the ledge because he felt it was being noisy.

Now in his defence, the courts found he was intellectually challenged, so he may not have understood what he was doing. But it didn’t help that this occurred in a neighbourhood where people were already looking for a cat killer (and no, it’s not him).

3. Police getting attacked with a stun gun

In January this year, two people were spotted by the police, in their attempt to steal something from a car. Now, pop quiz:

When someone who possess a loaded gun, and is trained to use it, approaches you, you should:

(a) Stop and do what he says

(b)  Attack the person with a real gun, using a stun gun

The two people in question chose option B, which promptly led to their arrest. But that’s not the big issue. The big issue is how they managed to get their hands on a stun gun, when most of us can’t get a bigger laser pointer past customs.

Oh wait, there were another two guys playing with a stun gun at North Point mall last year. Maybe they sell a much more exotic range of goods at Yishun pasar malams or something.

Yishun has an on and off rat issues. Nothing out of control, but enough to be an annoyance at times.

Maybe the cat killings explain this one.

111 drug traffickers were nabbed in an operation last year. Guess where their leader was.

That’s right, he was caught with around $62,000 worth of drugs in Yishun. But that’s small. The biggest drug dealer from Yishun may be Barry Zheng Chongde, who was involved in a $64.6 million cocaine syndicate in Australia.

Drugs may also have been involved in an accident near the Yishun MRT station, where three people were injured when someone tried to drive through a police roadblock (the police were searching the car before it happened).

It’s amazing no one is writing the script for CSI: Yishun at this point.

6. Someone who wants your children

Most recently, we got reports of a mysterious man asking for any children, via door-to-door knocking. Kind of like the most terrifying karang-guni man you’ve ever heard of.

This is really unfair, as any Yishun residents with pets or children now need to barricade their house. Maybe this is why so many of them have stun guns, is all we’re saying.

Enter Yishun murders in Google and you’ll receive a whole slew of search results dedicated to the subject. Some examples are this case, this other case and the most notable is the triple murder case in 2008 committed at Blk 349 Yishun Street 11.

Aside from murders, suicides are depressingly also a common occurrence in Yishun – read all about their grisly details here.

Why do these things happen in Yishun?

Now if you want to do something covert – whether it’s being a cat serial killer or smuggle drugs, it’s the quieter neighbourhoods that you will move to. Yishun was emblematic of the sleepy residential enclave (until the weirdness), so you can see why a drug syndicate leader would pick the place. There are just fewer eyes to observe you.

On the bright side, not all is bad

Sure, Yishun may have its quirks, but don’t let the horror stories scare you. If you take into account the relatively affordable housing and the amount of amenities available at your doorstep, Yishun is a pretty great place to live.

Average resale flat prices are one of the most attractive for home-buyers, with plenty of other residential developments in recent times such as The Wisteria ($1,002 average psf)  and North Park Residences ($1,323 average psf).  Both of these projects have been attracting a great deal of attention from property observers. 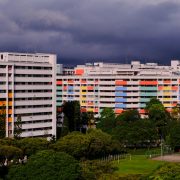 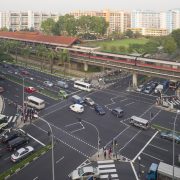 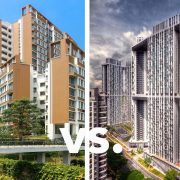 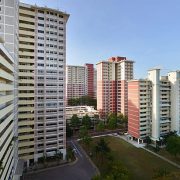