Two weeks ago, we published an article about a renovation job that went awry. Many readers came forward to share their own experiences, so we figured we’d share some cautionary tales for the rest of you.

Reading these stories made me realise that most renovation regrets come from — apart from shoddy work by the contractors and interior designers (IDs) — clients not speaking up or being firm about what they want. It must have something to do with the paiseh and non-confrontational culture we have.

But here’s the thing… With renovations typically costing anywhere from $10,000 to $200,000 depending on size of property and complexity of the job, it is better to be kiasu and happy than paiseh and upset. Just read these stories.

I regret… Taking on an interior designer with no experience

Addie, lives in a five-room BTO flat in Sengkang

“My biggest regret was taking a chance on an ID that didn’t have much experience, and who was not meticulous in drawing up the layout and got measurements wrong. This resulted in my kitchen not having the look I wanted and a very stressful experience. Don’t get swayed by someone who is very good at reassuring your worries and doubts, especially if they are constantly doing it, because in the end those are just words, and you need someone who is a do-er, not a talker.”

I regret… Not supervising the renovation from the start

Hannah, lives in a penthouse unit in Holland Village

“My family and I were living in Australia at the time, and no one was around to supervise the ID and contractor who was working on our Singapore house. We found out they had shoddy workmanship several years later, when the rainwater kept leaking into the circuit board. Turns out they did not waterproof the roof and several walls! They also gave us windows that were not certified for highrise buildings; it would rattle when there was strong wind.

We had a mini-renovation to install waterproof layers. This involved peeling off the old paint, scraping away the mould (caused by humidity), and reinforcing the walls. We also replaced the windows for fear it would shatter. If we were there to supervise, perhaps they wouldn’t have taken shortcuts.”

I regret… not asking for more renders

Dawn, lives in a four-room BTO flat in Bedok

“We weren’t given renders of the entire home, only parts with customised carpentry such as my wardrobe – and we weren’t firm enough about this. The wardrobe itself looks good, but a complete render would have shown us that the colour combination in the bedroom was too dark for my liking. I also saved cost by not going ahead with a platform bed, but we are now struggling with storage. In hindsight, I should have just gone with it as I had already taken a renovation loan. Plus, it’s something I need.”

I regret… rushing my renovation

Nina, lives in a four-room BTO flat in Hougang

“It’s not terrible but I dislike the colour of my kitchen carpentry laminate. My contractor came over for measurements, told us it was the final day to choose the carpentry colours, and gave us a catalogue with limited colours. We had not been notified earlier and felt rushed into making a decision. When I wanted to change colours later on, they said it would cost additional $1,000. I wish I hadn’t gone along with something I wasn’t comfortable with.” 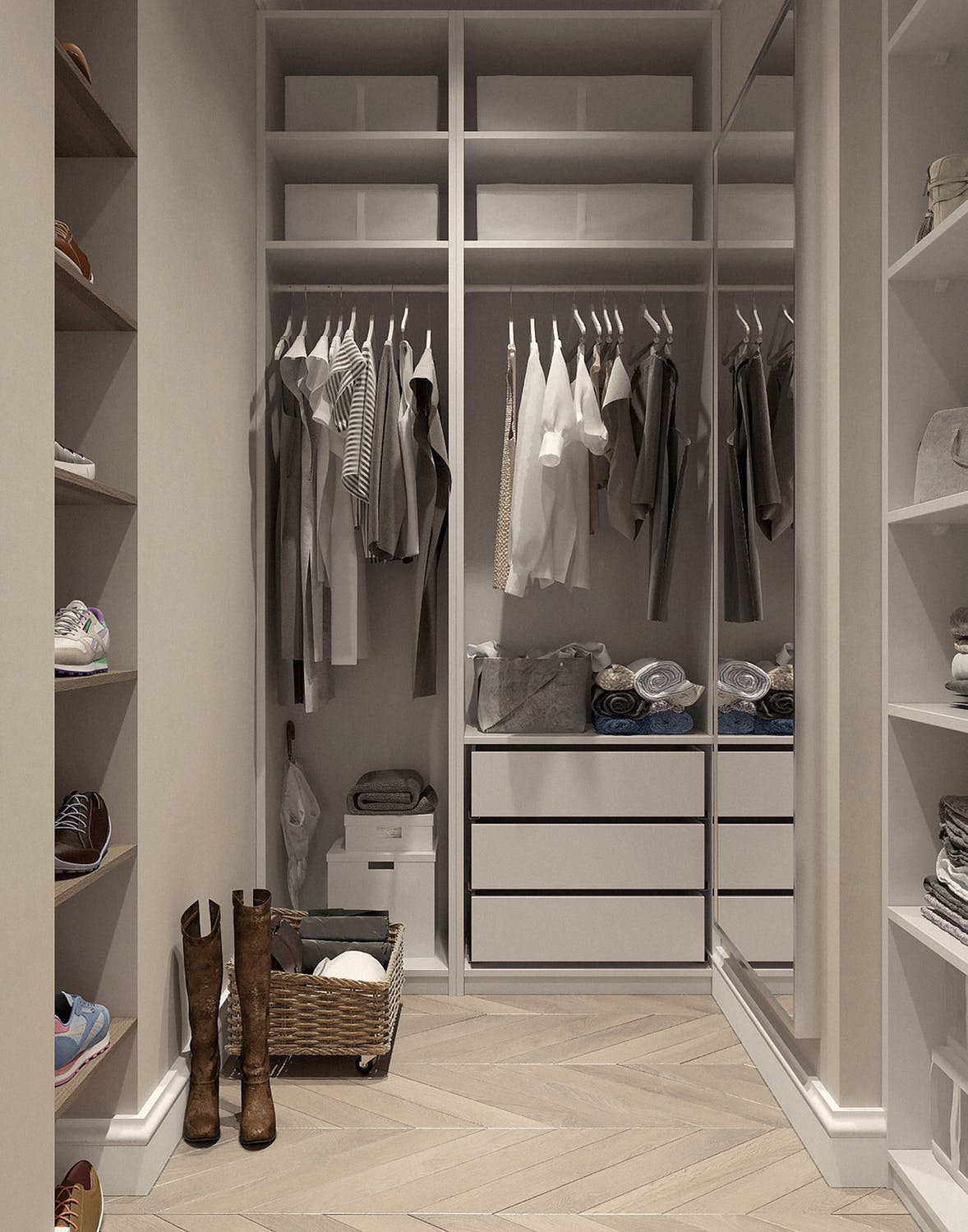 “We wanted to save money and have an open-concept wardrobe room so we opted for Ikea’s open shelving system. But I should have gotten my ID to build it instead. It would have been more customised and specific to our storage needs. The IKEA modular solution is great but very limited.

We also only received renders for the kitchen as our ID said we weren’t doing that many pieces of built-in cabinetry. But for things like my bathroom where we installed a vanity and a shower screen, a rendering would have saved us money. The shower screen they installed was of the wrong height and the wrong style. A rendering would have kept us on the same page and I wouldn’t have had to pay extra to have it redone.”

I regret… painting my room black

“I thought it would be cool to have a galaxy-like theme with black walls and flashing blue neon strips hanging from the ceiling. It turned out looking like a budget topless bar. As cool as novelty rooms may sound, you will soon start wishing for a more practical space. For instance, your 13-year old daughter will grow out of a nursery with wallpaper and cotton candy floss lamps. Custom spaces, like an in-wall aquarium, is hard to upkeep. Removing it means you’ll have a weird hole in the wall, making it difficult to sell the house later on. It’s also additional cost.”

I regret… Not using my bedroom space more wisely

Eugene, lives in a five-room BTO flat in Hougang

“This is a small regret, but I should have installed more wardrobes instead of a bay seat window. My wife and I don’t even sit there anyway. We first saw the bay seat window in the HDB showroom and it seemed like a good idea at that time. As bay seat windows are common, it didn’t even cross our mind to discuss it. But it was our first home and we didn’t really know what works and what doesn’t.”

Do you have a story to share? Voice your thoughts in our comments section or on our Facebook community page.