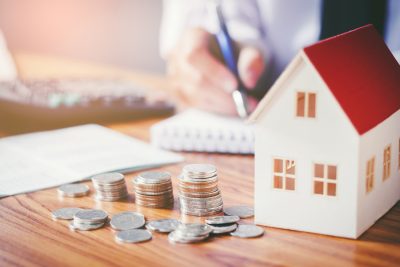 It’s not uncommon for some people to want to pay off their home loan early. Whether it’s due to concerns about interest rates, or just a desire to be debt free, many people do shave five or even 10 years off their loan tenure. But before you decide to go ahead and do this, there are some pros and cons to note:

Pros of repaying your mortgage early

Say you take a loan of $1 million, over a 25-year loan tenure. We’ll assume an interest rate of around two per cent per annum, throughout the duration of the loan. The total interest repaid, over 25 years, is $271,563. The monthly repayment is $4,239 per month.

Now, say you speed things up by refinancing, and making it a 20-year loan. Your monthly repayments go up to $5,059 per month. However, your total interest repayments shrink to $214,120.

Shaving five years off the loan tenure saves you $57,443, or $11,488.60 per year. This is a substantial amount, which you can use to invest elsewhere for retirement (unit trust funds, ETFs, endowment plans, etc.)

If you’re paying off the home loan in one lump sum, you could be removing decades of debt repayment. You’ll find it’s easier to take opportunities – such as setting up a business or making a radical career change – when you’re not burdened with a home loan.

If you can pay off your loan sooner, you won’t have to deal with the high rates that lie ahead.

If you are the sole breadwinner, paying off your home loan earlier might mean more security for your family. For example, if you’re suddenly unable to work for some reason, but your home loan is already or paid off, your spouse and children won’t be forced to take on the debt.

But this is not a clear-cut matter, as it’s sometimes more financially prudent to retain cash savings, while relying on Mortgage Reducing Term Assurance (MRTA) to pay off the home loan in emergencies. Speak to a financial adviser, as this varies greatly between family situations.

If you have a fully paid-up private home, banks may allow you to use Cash Out Refinancing. This is a loan that uses your home as the collateral. Singaporeans can Cash Out Refinancing to borrow up to 50 per cent of their home value, without having to meet restrictions like the Total Debt Servicing Ratio.

Not only does this allow you to borrow significant sums, the interest rate is also super low. It might only be around 1.6 per cent per annum, much lower than the rate at which your CPF savings accumulate (2.5 per cent per annum).

The Cash Out loan may also be sizeable enough to pay off all your other loans at once, such as your combined personal loans, credit card loans, and car loan. It would consolidate all these high-interest debts into a single loan, with the super low rate of just 1.6 per cent interest.

Cons of repaying your mortgage early

Never rush your mortgage repayment, if it would wipe out your savings. You should always retain sufficient cash to cover at least six months of your expenses.

If you use all this money to rush your loan repayment, you won’t be able to cope with financial crises such as sudden retrenchment, lawsuits, or medical costs (even if you’re well insured, someone you care about may not be).

There’s no point paying off your home loan early, and then being forced into high-interest debt because of cashflow issues (unless you can get Cash Out Refinancing, which is only possible for private properties).

If you’re using a bank loan, seriously consider refinancing into a shorter loan tenure, rather than paying it all off at once. This is because most banks impose a prepayment penalty, to make up for the lost interest. It’s commonly around 1.5 per cent of the amount being prepaid.

(But note that some banks don’t charge prepayment penalties, if the prepaid sum is under a certain amount; check with the bank in question).

There’s no point forking out the prepayment penalty, if it would wipe out most of the savings from paying less interest.

If you are using an HDB loan however, there is no prepayment penalty.

If you have other debts, such as personal loans or credit card loans, these should be paid off before partial or full repayment of your mortgage.

Say you invest in a successful stock portfolio, and derive returns of five to seven per cent per annum, you will easily outpace a mortgage interest of two per cent. You are better off parking your money in such an investment, than using it to finish off the mortgage (you would effectively be using your capital to buy an inferior asset). Note that even your CPF interest rate outpaces a bank’s mortgage, at 2.5 per cent per annum (and four per cent for your CPF Special Account).

Consult with a qualified wealth manager or financial adviser, to determine if your spare cash would be better invested elsewhere.

If you found this article interesting, 99.co recommends 4 reasons why refinancing using the cheapest home loan isn’t always the best move and 4 things you can do about rising home loan rates.