When it comes to mortgages, how should you split it? Which one will bring the most benefits to you? The thing is, how a mortgage is split can have legal implications later. When deciding your approach, it’s important to think about potential future consequences; not just immediate convenience and benefits.

With that being said, here are three schools of thought Singaporeans have on splitting the mortgage.

Method #1: Keep it to one person

This first method involves only one person being listed as a borrower, even if others — such as a spouse — do qualify to be borrowers.

This is most advantageous for couples who plan to buy more than one property. Having one person paying a mortgage allows your spouse to buy a second property as a first-time home buyer. This allows them to avoid the Additional Buyers Stamp Duty (ABSD) on the second purchase.

The caveat is that, in a situation like divorce, it’s obvious who will take possession of the house.

(This is not to say such issues can’t be disputed in court, but the costs and length of the legal battle can be draining).

In general, it’s not very fair if more than one person is paying the mortgage, but only one is recognised as the owner of the house. Even if it does make it easier to get a second property in the family.

Method #2: Split the Mortgage and have Joint Tenancy / Tenancy-In-Common

Joint tenancy and tenancy-in-common, are the most common ways to split the mortgage.

Tenancy-in-common allows you to assign a clear percentage of ownership to each borrower. The most common scenario in Singapore is 99-1 split (one side owns 99 per cent, while the other owns one per cent). This 99-1 split allows for easier decoupling later.

For example: if the couple later decides to buy a second house, a spouse can transfer their one per cent of ownership to the other, and buy the second house as a first time home buyer. The Buyers Stamp Duty (BSD) is payable, but only on the 1% being transferred.

However, similar to the single borrower issue, one should also consider the event of divorce. One side is considered to own 99 per cent of the property, regardless of how the mortgage is actually paid. Both sides, however, have equal rights to live in the property. Contrary to popular belief, you cannot “kick out” the other party just because you own a bigger percentage, or vice versa.

With joint tenancy, ownership of the property is shared between the borrowers; but there is no percentage split. Many couples opt for this as it’s fairer to both of them. If they want to decouple to take on a second property later on, they can do so but they’ll have to pay a law firm to do the conversion.

[Recommended article: You can ‘lose money’ when decoupling to buy a second property. Here’s why.]

When Singaporeans need some financial help with your mortgage, they may ask their siblings or children to help with paying off the mortgage. This should be a last resort however; and parents may want to consider having their children contribute the money, without listing them as co-borrowers (if the children are okay with it). There’s good reason for that:

When your children are co-borrowers, they are already home owners. This gets in the way of obtaining their own flat later; and if they were to purchase private property, they cannot still legally own an HDB flat. You can probably see the issues that would arise, especially if – two or three years after being listed as a co-borrower – they want to get married and have their own home.

Make sure the family has discussed the implications, and that everyone is on the same page before going ahead with this.

What are your concerns on splitting the mortgage? Voice your thoughts in our comments section. 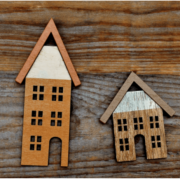 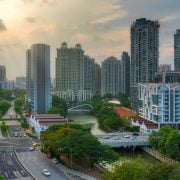 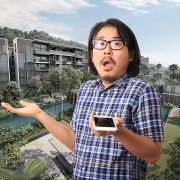