7 Interesting Things to Know About One Pearl Bank

The design for One Pearl Bank has been unveiled, and everyone’s pretty surprised at how close it looks to the original. Besides preserving the iconic look though, here are a few things to note:

This is based on the land sale price of $1,515 per square foot per gross floor area (if you want to know how we figure that, look here).

We’re not surprised by the hefty price tag. One Pearl Bank is a short walk from Chinatown and the Outram MRT station. It’s under a 10 minute drive to the CBD. Even with the ABSD and other cooling measures, we expect investors will bite; there’s too much demand for housing in the area to pass up.

2. Average rental rates for the area is $4.74 per square foot

Based on URA and 99.co data, we peg average rental prices in the area at about $3,750 per month, and $4.74 per square foot. But it’s likely to be above this average for One Pearl Bank, given that the development is new. Many of the rental options in the Outram Park area tend to be a bit older and dated.

18 sky allotment gardens are distributed vertically across the two towers (it looks like one tower, but it’s actually separated into two – look closer). The development is the first in the world to do this.

There’s one garden every four storeys, with 11 plots per garden.

The sky gardens allow for 200 plots, in which residents can grow their own herbs and vegetables. We assume there’s some clever way to get rid of annoying birds. But we also assume, in our gardening expertise (i.e. one half-dead potted plant in the corner of the office) that high vertical garden = fewer pests.

4. By the time it’s launched, the Outram MRT station will be a connecting point for three train lines

One Pearl Bank will TOP in 2023. By then, the Outram MRT station will interconnect the East-West Line, North-East Line, and Thomson East-Coast line. This will make it one of the best connected MRT stations for residents in the area.

5. The original Pearl Bank Apartments has been digitally immortalised by CapitaLand

There was a lot of protest about demolishing the original Pearl Bank Apartment, which was architectural icon. CapitaLand hasn’t disregarded that: through drone footage, digital drawings, and so forth, the original has been “stored” in data banks.

Soon, the public will be able to revisit the interior and exterior of the original Pearl Bank through those records.

(We hope they edited out the drawings of the uh, genital nature on the third floor landing. Not everything needs preserving.)

6. The nearby Pearl’s Hill City Park is being restored

At present, Pearl’s Hill City Park is best known for being an improvised thigh master. Should you decide the asthma attack of walking up that hill is worth it, you’ll be rewarded with…well there’s a pond with a bunch of algae in it.

The URA is rejuvenating the park, however. Besides turning into a spot for family and cultural bonding, it will eventually be linked to Fort Canning Park and the Singapore River. So watch this space, because it’s going to be a big boost to property value in a few years.

One Pearl Bank is directly linked to Pearl’s Hill City Park via a landscape path. That may not seem like a big deal right now, but it will be.

7. Proximity to Keong Saik Road is the most underrated bonus so far

The one thing few publications have seen fit to mention is, to us, the most important detail:

One Pearl Bank is very close to Keong Saik Road. This (former) red light district has been hit by a wave of gentrification – it’s packed with hipster cafes and drinking spots, like Potato Head Folk (a famous Chinatown rooftop bar).

Also, The Working Capitol has a co-working space at One Keong Saik Road, which will appeal to future tenants at One Pearl Bank.

What do you think of the One Pearl Bank? Voice your thoughts in our comments section or on our Facebook community page. 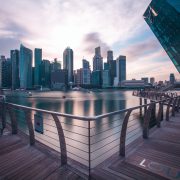 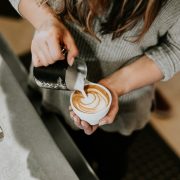