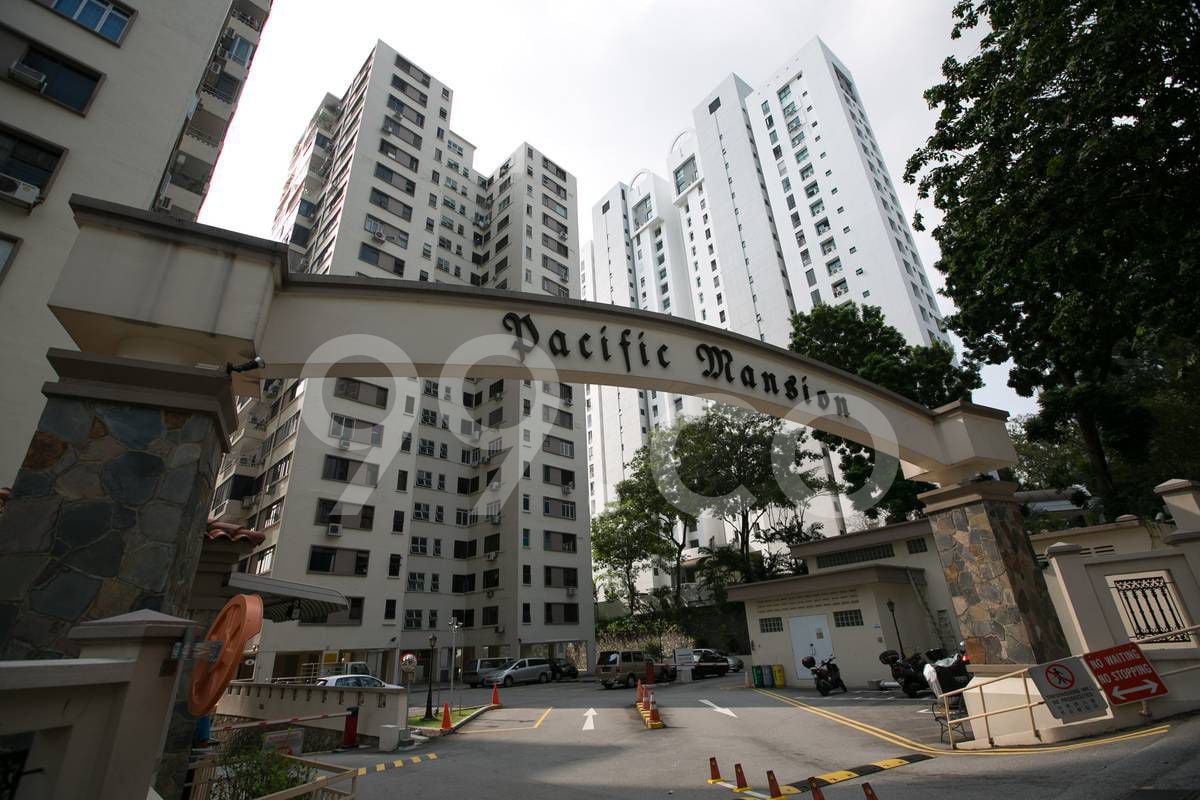 Pacific Mansion in River Valley has been sold for record S$980 million to GuocoLand and Hong Leong group. It is the second-largest en bloc transaction after Farrer Court more than a decade ago, which had a winning bid of $1.3 billion.

Completed in 1976, Pacific Mansion is a freehold development sits on 128,352 square foot of land in prime district 9. Currently housing 288 residential units, each owner anticipates to receive a gross pay-out between $3.26 million to $3.48 million. Owners of the two shop units at Pacific Mansion will look receive between $2.2 million and $4.5 million each.

The price per square foot is reported to work out to S$1,806 based on the maximum allowable gross floor area including 10 percent bonus balcony gross floor area. The site has a prescribed plot ratio of 2.8 in Urban Redevelopment Authority’s 2014 Master Plan, which is lower than existing gross floor area of 493,222 square foot (approximately GPR 3.84).

Once redeveloped, the total gross and bonus gross floor area is expected to be 542,544 square feet. The new luxury condominium at River Valley close will be within walking distance to Great World MRT station that is currently under construction. Development charge will likely not be levied.

This record-breaking price tag is a testament to the premium value placed on property in D9. Compared to adjacent D10 and D11 over a 10-year period, D9’s average PSF experienced a greater upside of almost 50%. This trumps the rise in property prices at 30% and 20% for D11 and D10 respectively.

What’s interesting to us is that between 2009 and 2013, D9 hauled ahead with a significant climb. Despite dipping in 2015, the current average PSF is peaking at an all-time high, putting in context the record second-highest en bloc sale.

Just one street away is 99-year leasehold Martin Modern, also a luxury residential project by GuocoLand looking to TOP in 2021. Since its launch in July 2017, prices have seen a steady increase of 27.31 per cent based on URA transaction data as of 18 March 2018. This is a tremendously good signal that both that area and the general market is performing well, and that the developer has managed prices well to be able to generate good sales at launch AND still increase price afterwards driving positive gains for early buyers.

GuocoLand projects are synonymous with quality and best-in-class standards. We expect no less from the luxury condo that will sit on the plot currently occupied by Pacific Mansion. Nearby Martin Modern broke away from convention by having 80 per cent of its total land area dedicated to garden-like landscaping. Featuring well thought-out units that maximise usable space and full-service dinings suites, we reckon that the future development will employ the same emphasis on providing a certain level of lifestyle homebuyers and investors have come to associate with a D9 property.

If you found this article helpful, 99.co recommends What determines the value of an en-bloc property? and En bloc sales for dummies – what happens when a property goes en bloc.