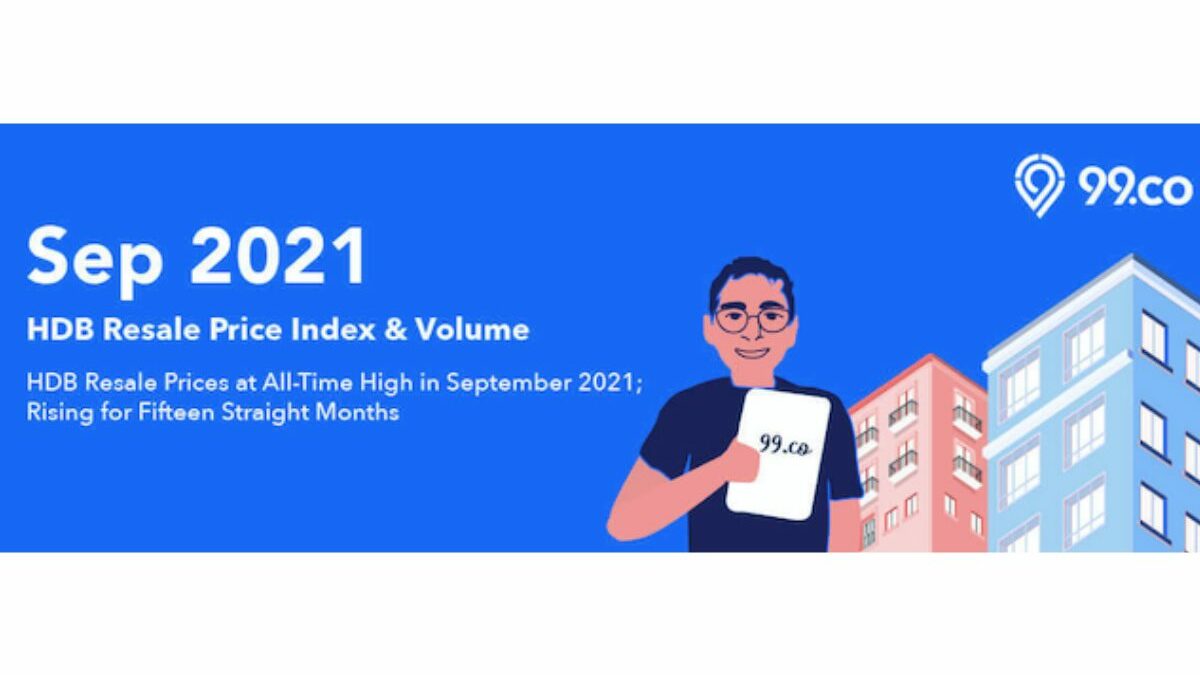 HDB resale prices have increased for 15 straight months, reaching an all-time high in September 2021. As stated in our Flash Report for September 2021, prices are now 0.8% higher than the previous peak in April 2013.

Month-on-month, HDB resale prices have increased by 0.9%, increasing 0.6% in mature estates and 1.1% in non-mature estates.

The highest resale transaction recorded in the month was for a five-room DBSS flat in Natura Loft for S$1,295,000. It grabbed the headlines back in end-July and currently holds the record for the most expensive HDB resale flat.

In total, there were 23 HDB resale flats transacted for at least a million dollars in the month.

Besides the record-breaking DBSS flat in Bishan, another notable thing we noticed is this Bukit Merah flat whose lease has only started in 2019.

The flat is part of a SERS project called City Vue @ Henderson.

Typically, flats can only be sold after the five-year MOP. On the other hand, there have been instances where HDB waived it off on a case-by-case basis, allowing owners to sell it in the resale market earlier. According to MND, reasons for the waiver include divorce, financial hardship and the demise of the owner.

What do you think HDB resale prices reaching an all-time high? Let us know in the comments section below.

If you found this article helpful, 99.co recommends How much do you need to earn to buy an HDB resale flat? and Messy divorces and matrimonial assets: real lessons of couples and their properties.