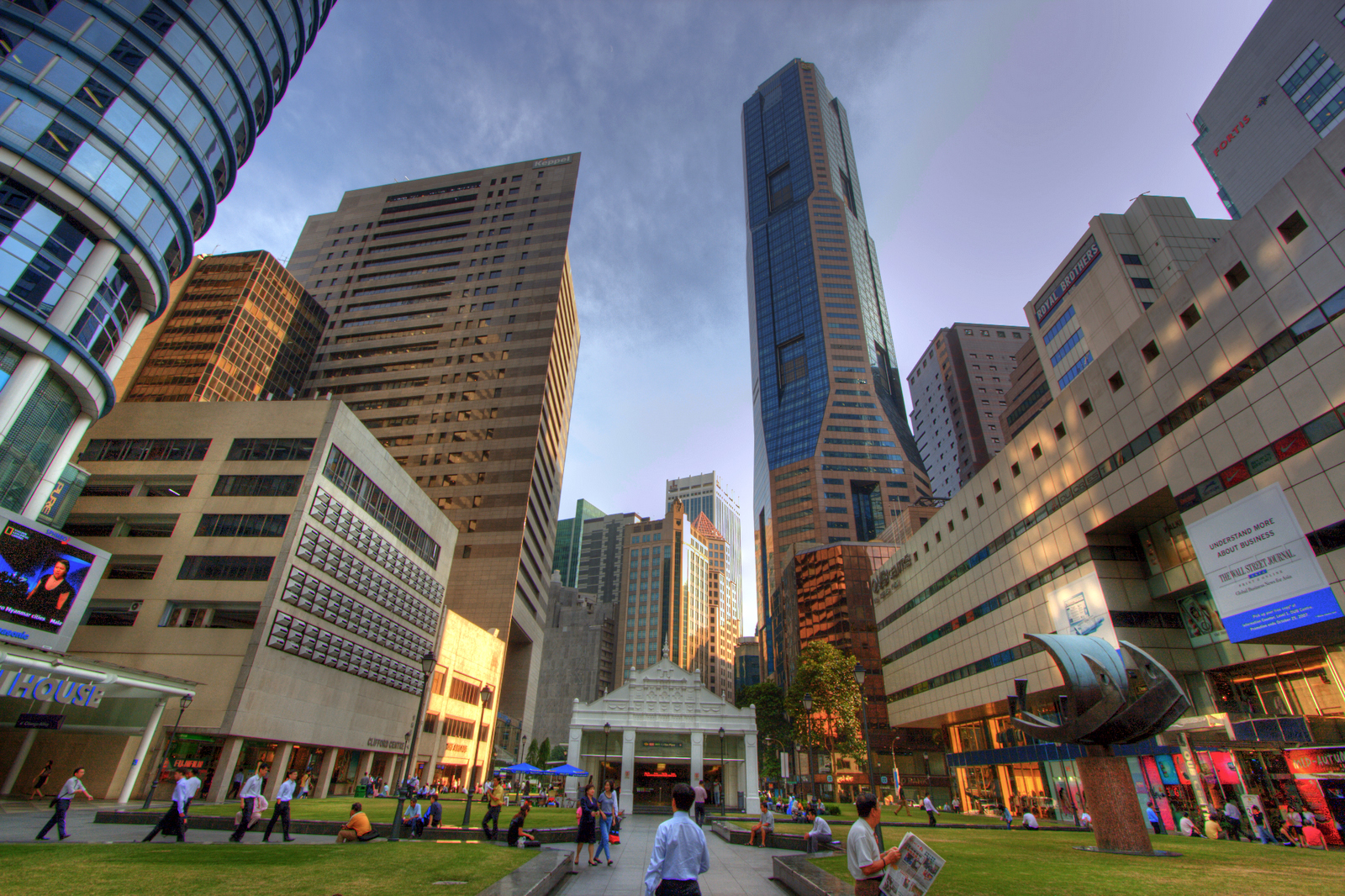 Investors have been waiting for this since the works began, and now it’s on the market: retail and office space at the former Chevron House is up for grabs. And this sort of space is always in demand, when it’s at Raffles Place:

The development in question has quite the history: It started as Singapore Rubber House in the early 1900’s, when Change Alley (now a shopping arcade) was a commodity trading hot spot. Then it became Caltex House sometime in the 1990’s, when the oil and gas giant moved in.

And then it became Chevron House, and changed hands a few more times – the last owner was Oxley Holdings, who sold it for an eye-popping $1.025 billion to Golden Compass (BVI) in April. A lot of investors gawked, because Oxley had bought it for just $660 million, 16 months before.

Today, the development is called 30 Raffles Place. Clever move by the way, as anyone Googling “Raffles Place”is now more likely to see this building before the others.

But most Singaporeans know the building even if they don’t know it’s name; it’s  an indelible part Raffles Place. Mention “that radar-top building near to The Arcade” and most people will know it.

(The radial structure crowning the building looks like a satellite receiver, and is something of an icon).

The sale is under a joint effort by JLL, and Cushman & Wakefield.

We don’t think the space will be on the market for long, however, as this is one of the most hotly contested pieces of real estate in Raffles Place (one of the most contested in Singapore, in fact).

Why is 30 Raffles Place such a hot spot?

Here’s something not to overlook: it’s been a hot spot for almost 80 years. Even back in the 1930’s, it was located at one of the ends of Change Alley – that was the place European and Asian traders met to do business. Since its days as a rubber house, business at this location seems to have never stopped.

This property is smack in the middle of where you’ll find major banks, energy companies, commodity firms, and so forth. This office building puts you in striking distance of every major corporate powerhouse, as well as  the Money Changer capital of Singapore (i.e. The Arcade). It’s a few minutes walk to Raffles Place MRT station; and for after-hours parties, it’s not far from here to Boat Quay (there are also high-end nightlife spots nearby, like One Altitude).

Now in terms of retail, we’d be a little less enthusiastic. Raffles Place is a bit of a dead town on weekends, so lack of walking traffic may be an issue. Businesses will have to bank heavily on the weekday crowds from nearby offices; and competition looks intense.

But as far as office space goes, landlords can command the prices. There isn’t a finance business that wouldn’t give an employee’s kidney to be situated here.

Interested in Raffles Place property? Voice your thoughts in our comments section or on our Facebook community page.

Looking for a property? Find the best office space for your business on 99.co! You can also access a wide range of tools to calculate your down payments and loan repayments, to make an informed purchase.