In a bid to stimulate the economy in an economic recession, the Monetary Authority of Singapore (MAS) announced on 30 March 2020 that it would be easing its monetary policy. Technically, what they’ve done is to reduce the slope of the Singapore dollar policy band* to a zero rate of appreciation, as well as lower the policy band’s midpoint (Tip: Read on for the layman definition).

The lowering the midpoint of the policy band was last deployed during the 2008-9 financial crisis, and it’s worth mentioning that MAS has never ‘reduced the slope’ and ‘lowered the midpoint’ of the policy band at the same time, which implies that MAS is taking unprecented measures⁠—on top of the recently announce S$48 billion Covid-19 stimulus package—to buttress Singapore’s economy against the oncoming storm.

The policy band is officially called the Singapore dollar nominal effective exchange rate, or S$NEER. It essentially determines the value of the Singapore dollar (i.e. the exchange rate) between the SGD and a ‘basket’ of currencies of the country’s major trading parters within an undisclosed range. The ‘basket’ is, according to MAS, “reviewed and adjusted periodically” according to the country’s trade patterns, but the exact make-up of the S$NEER is never revealed to deter speculation.

…the MAS is weakening the Singapore dollar, for our own good.

While the central banks of most major economies (e.g. the US Federal Reserve) adjust interest rates to determine monetary policy, Singapore does so by setting exchange rates (i.e. letting the SGD rise or fall against the previously mentioned ‘basket’ of currencies). An exchange rate-based monetary approach makes more sense for a small, open and trade-dependent economy such as Singapore’s.

An analogy would be Singapore using an Apple Mac, while the US and European Union uses Windows. Both are computers and essentially get the same job done but using different systems.

[Recommended article: How the Resilience Package could help the SG property market]

But why would the MAS weaken our currency?

The move is expected to slow the rate of inflation (i.e. keep prices stable) and make Singapore’s exports relatively cheaper and more competitive (although that’s not a sure bet amid the Covid-19 outbreak). Conversely, monetary easing will make prices of imports more expensive, but the plunge in demand worldwide due to the outbreak means that only certain imported goods could see a rise in price.

Deputy Prime Minister Heng Swee Keat said in his Budget statement that these maneouvers by MAS will “provide sufficient liquidity in the financial system” and complement the stimulus package when it comes to preserving jobs, skills and Singapore firms’ know-how and capacities. “Easing will also encourage institutional investors to hold onto SGD,” said David Baey, CEO of home loan specialist Mortgage Master.

The International Monetary Fund (IMF) has already declared that the world has entered a global recession. “In this crisis, almost all our key trading partners’ currencies have weakened considerably against the USD, leaving the SGD sticking out,” noted Chow He Shen, a Singaporean-born private investor and family office fund manager. Weakening the SGD, he explains, is a vital move to keep Singapore competitive versus rival economies in this recession.

How does the MAS policy easing affect the property market?

On its own, the actions by the MAS will not have an impact to the property market, even though the easing of a currency of a country often leads to an increase in that country’s interest rates.

“The last time MAS adopted a similar policy stance was in 2016,” said David. “Coupled with the global economic boom, the Singapore Interbank Offered Rate (SIBOR) rose from 1 to 2% between 2017 and 2019.

If anything is to have an impact on the property market, He Shen reasoned it will be down to non-monetary factors. “Because of the scope and severity of the Covid-19 outbreak, the fear factor has resulted in an aggregate demand collapse in discretionary spending apart from consumer staples. The strict rules in place will discourage property viewings and transactions, and banks may be more stringent in vetting mortgages despite the low home loan interest rates.”

So, the fate of the Singapore property market still hinges on how bad the global recession will be, based on the duration and extent of economic disruption that the Covid-19 outbreak will bring. Those vested in the property market might want to continue holding their breath.

How will the Singapore property market fare during the global recession? Voice your thoughts in our comments section or on our Facebook community page. 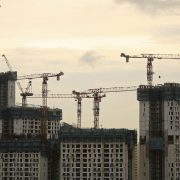 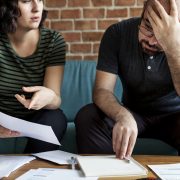 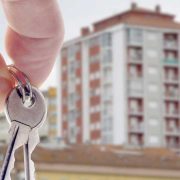