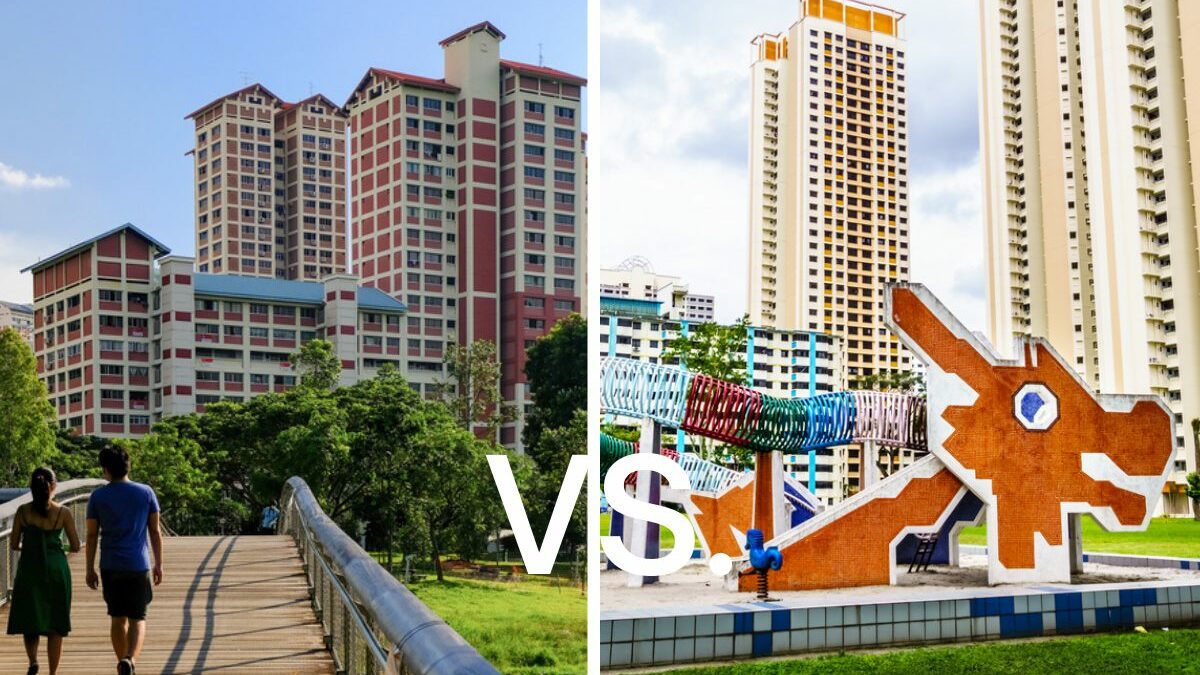 Last week, a resale flat in Bishan’s Natura Loft DBSS project made headlines for transacting a whopping S$1.36 million. It broke the record set by another flat in the same project around three months ago, when it was sold for S$1.295 million.

But Bishan isn’t the only estate that’s broken its own record. A nearby estate, Toa Payoh, has done it too.

Most expensive resale flat in Toa Payoh sold for S$1.24m

A 5-room resale flat in The Peak @ Toa Payoh was just sold for S$1.24 million, breaking the previous record of S$1.238 million for a flat of the same type in the estate back in August. It’s also from the same project.

This is despite the record-breaking flat being located on a lower floor, between level 38 and 40, compared to the previous record holder that’s situated on the top floor (42th storey).

Still, it’s a DBSS flat, and one that’s located on a high floor. Jeremy Tan, the agent who brokered the deal, shares with us that he received several enquiries after he started advertising it, eventually closing the deal the day after.

“I shared details like the video and floorplan. And I was ready to conduct an onsite video or Zoom presentation on the first weekend to accommodate multiple groups due to safe management measures and restrictions. In the end, there were two parties that were serious and showed more interest. One party came to view at night, and it was closed on the first viewing.”

From location to rarity: Factors that make people want to spend S$1 million for a flat

Jeremy, an associate group director at Propnex and founder of JeremyTan.Co, shares four factors that mainly drive people to pay such a high price for public housing: location, proximity to schools, size and rarity.

Other than Bishan and Toa Payoh, estates with million-dollar flats include Central Area, Bukit Merah, Queenstown and Kallang.

When we look at these estates, they’re all mature estates that are centrally located. Not only are they closer to the city centre, but they’re also brimming with amenities. The older estates are also where you can find bigger and rare types of flats such as executive apartments and DBSS flats, which HDB no longer builds.

“It is not possible to find a comparable condo of a similar size with three bedrooms and superb views with the same price range in the same district,” adds Jeremy.

As for what makes Toa Payoh so popular, Jeremy adds, “Toa Payoh is well known for its centralised location, close proximity to town, amenities and good schools. It’s getting more popular with younger demographics over the past 10 to 15 years since the injection of newer flats like The Peak and Toa Payoh Crest.”

The thing is, Bishan and Toa Payoh aren’t as central and close to the city centre as compared to the Central Area and Bukit Merah. Nevertheless, they have a couple of plus points that make them more desirable places to call home.

The number of schools available in Bishan and Toa Payoh is one reason why it’s so popular among families with kids. And they’re not just any other schools; they’re the ones that families are willing to move houses for to increase admission chances. (Let’s be honest, most people in Singapore don’t buy the “every good school is a good school” concept.)

Given the number of big-name schools in Bishan, we’d say when it comes to school proximity, Bishan has an edge over Toa Payoh (or any other estates, except Bukit Timah).

(Psst…we explored the area around Bright Hill MRT, which is near Ai Tong School. Check out the video below!)

Proximity to the city centre

Both Bishan and Toa Payoh are pretty centrally located. They’re both served by the North-South Line, allowing residents to reach town in just a few stops without switching lines. From Bishan, you can reach Dhoby Ghaut in seven stops. Conversely, from Toa Payoh, you can reach there in five stops.

For those who work in the CBD, it’s just a short commute from both estates (around a 20-minute drive) as well.

But if we’re being picky here, we’ll say Toa Payoh wins in this aspect.

(Bright Hill MRT isn’t the only one we went to. We explored around Toa Payoh MRT to see what it’s like living in the mature estate too!)

Looking at the past transactions of 5-room flats in both estates over the past five years, Toa Payoh flats have a higher price appreciation of 15.61% as compared to 1.89% for Bishan flats.

Let’s take a closer look at the DBSS projects in both estates, which account for a large number of the million-dollar flats in both areas.

Interestingly, 5-room flats at Natura Loft have seen a higher price appreciation of 22.04% over the past five years, as compared to 10.57% for 5-room flats in The Peak @ Toa Payoh (which entered the resale market in 2017).

As for the executive flats, flats in Bishan generally have a higher price appreciation of 8.89% over the past five years. In contrast, flats in Toa Payoh have seen a general price drop of 2.26%. This may be due to the older age of the flats in Toa Payoh, as they’re built in the 1970s and 1980s, as opposed to the Bishan flats that were built in 1980s and 1990s.

Which estate has the highest number of million-dollar flats?

Both Bishan and Toa Payoh have seen several million-dollar flat transactions over the last few years.

According to the HDB resale flat price portal, there were 37 million-dollar transactions in the past year in Bishan. Interestingly, all the 5-room flats come from Natura Loft.

On the other hand, 23 million-dollar transactions were recorded over the same period in Toa Payoh. And likewise, all of the 5-room units are from The Peak.

Bishan or Toa Payoh: Which estate to go for?

If you’re looking to enrol your kid in a popular school, then the obvious answer would be to go for Bishan.

But if you prefer to be closer to town, then our suggestion would be to go for Toa Payoh.

HDB flats for sale in Bishan Which estate would you call home? Let us know in the comments section below or on our Facebook post.

If you found this article helpful, 99.co recommends Bishan resale flat sold for S$1.36M, making it the most expensive HDB flat (for now) and Million-dollar HDB flats are hiding a worrying resale price trend. Here’s proof.