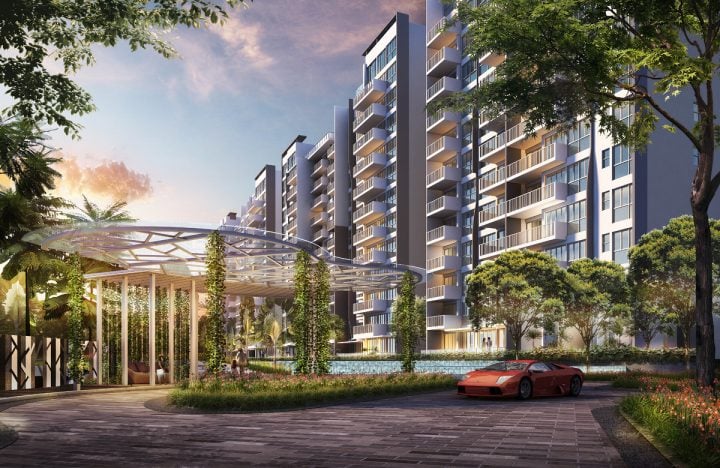 Thinking of purchasing a condominium? Condos across Singapore vary in their by-laws, and it’s important to check how the condo you’re considering deals with matters such as security, garbage disposal, common areas and more.

Consider this: in a notable incident that happened a few years back, Sharlane Foo, a resident at City Square wasn’t allowed to enter the condo because she had forgotten her access pass. While Sharlane showed the security officer her IC — which contained her City Square residence address — the officer refused to let her through. She requested for a supervisor to step in, but the supervisor who arrived, too, did not allow her in.

Sharlane had no choice but to repeatedly call her fiance, who was at home. Once he got her texts and missed calls, he rushed downstairs with her access pass. While the couple expected an apology from the guards, they were instead met with “an aggressive posture and swearing”. The incident culminated in the security supervisor becoming violent and hitting Sharlane’s fiance, and it’s clear that this wasn’t the right course of action.

Now, here’s the question: assuming the incident did not involve any violence, would it then be within the condo or guards’ jurisdiction to deny Sharlane entry, or were they in the wrong?

Here’s the answer: it all depends on the condo’s by-laws.

What are condo by-laws?

If you’re not familiar with condo by-laws, these are essentially stipulations that condo residents need to abide by. These are made for the purpose of “controlling and managing the use or enjoyment of common property and the lot” in a condo or development.

How does this work? In Singapore, the management of condominiums are governed under the Building Maintenance and Strata Management Act (BMSMA). Under the BMSMA, there are two sets of by-laws: one set that’s outlined in the Second Schedule of the Building Maintenance (Strata Management) Regulations, and another set that can be established by each condo’s management corporation.

The compulsory by-laws set out in the Second Schedule of the Building Maintenance (Strata Management) Regulations primarily deal with:

These by-laws are fairly straightforward. For instance, the by-law concerning “behaviour of visitors” states that residents should ensure that their visitors do not disturb the peace of the estate.

Should a condo resident breach a by-law, the condo’s MC or other residents may apply to the court for an order to stop said resident from continuing to breach the by-law. In doing this, they may also recover damages (if applicable).

The BMSMA dictates that a condominium’s MC has the right to make additional by-laws which fall under the following categories:

That said, these additional by-laws are not allowed to contradict the compulsory by-laws.

In the case where you have a dispute with your condo’s by-laws (let’s call this by-law A, for simplicity), and you find that A contradicts a compulsory by-law of BMSMA, you may move to have A repealed.

When is a condo regulation NOT a by-law?

The vast majority of by-laws require a Special Resolution to be passed. This means: a general meeting has to be held; during this meeting, the condo residents who vote for the resolution have to make up at least 75% of the share value of all the valid votes cast at the meeting.

Note: there are some exceptions to this rule. In the case where the MC wants to grant an owner exclusive use of part of the common property for less than a year, for example, the MC only requires the support of an Ordinary Resolution (>50%) in order to pass the by-law.

Purchase the home of your dreams today at 99.co!

If you found this article helpful, 99.co recommends 4 ugliest ‘condo MCST vs resident’ fights in Singapore history and Why it pays to be involved in your condo’s management council.