Property prices may have been increasing over the past one year. But that doesn’t mean you won’t be able to find a bargain. Among the new launch condos with an approaching ABSD deadline, we’ve narrowed down a few that may have discounts.

How the ABSD can potentially lead to condo discounts

The Additional Buyer’s Stamp Duty (ABSD) is a stamp duty that owners (except for Singaporeans with their first property) have to pay when buying property in Singapore. Likewise, developers must pay the developer ABSD when they acquire sites through government land sales or en bloc to build residential development.

Before 6 July 2018, developers were subjected to 15% ABSD for developments of five or more units, which can be remitted if they meet certain criteria conditions. This includes selling all the units within five years of the site acquisition.

But from 6 July 2018 onwards, the ABSD is increased to 30%, of which 25% is remittable if they can meet the conditions, including the five-year sales deadline.

Due to the pandemic, the government gave out a six-month sales extension for sites acquired on or before 1 June 2020, in which the original deadline was on or after 1 February 2020.

But regardless of the size and deadline extension, developers will still have to pay the full ABSD if they don’t sell all the units. If there’s a small number of units left unsold, they’ll usually hand out discounts to clear their unsold units. And this is what the developer of 38 Jervois did last year. With only 16 units left, they gave out 13% to 24% discounts to sell them off in three days.

With that, based on developer sales recorded by URA, we’ve narrowed down some new launch condos that are nearing their ABSD deadlines in 2021 and 2022, and are more likely to have discounts.

Disclaimer: do note that while the numbers are accurate as of writing, they may change over time as more units get sold and recorded on URA’s database.

Units left unsold as of writing: 7 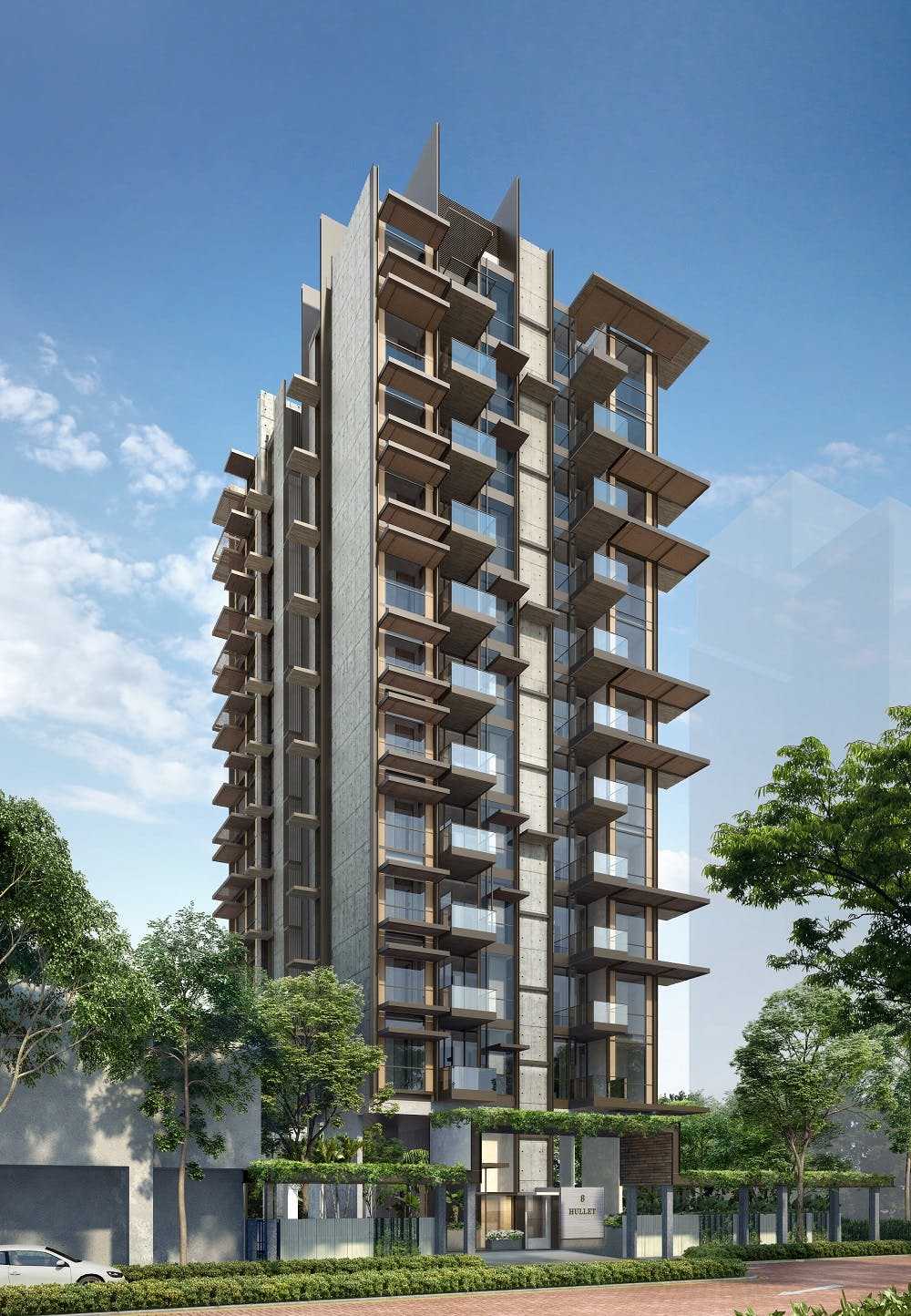 The site at Orchard was bought en bloc back in 2016, and with only seven units left unsold, we’re expecting a discount as the deadline is approaching.

Nestled in Emerald Hill, 8 Hullet is just a few minutes walk to Somerset MRT and a few minutes drive to the CBD. It’s perfect for those who want to live and work at Orchard and the CBD.

Units left unsold as of writing: 8

Another site at Orchard that was sold en bloc in 2016 is now home to 3 Cuscaden. The land parcel was sold around the same time as the 8 Hullet site, so its deadline is nearing as well. So we won’t be surprised if there might be some discounts to sell off the remaining units.

Located close to Orchard Boulevard, it’s also one of the new launch condos within walking distance to the new Thomson-East Coast Line.

Units left unsold as of writing: 26

Another new launch condo that we think will have a discount soon is JadeScape. While it will only hit the TOP in 2023, the former site of Shunfu Ville, a privatised HUDC, was bought en bloc in 2016.

If you want to avoid the hustle and bustle of the city and prefer a place in the OCR, this might just be the condo to look out for. Plus, given its location in Bishan, it’s close to popular schools like Raffles Institution, Raffles Girls’ School and Catholic High School.

Units left unsold as of writing: 151 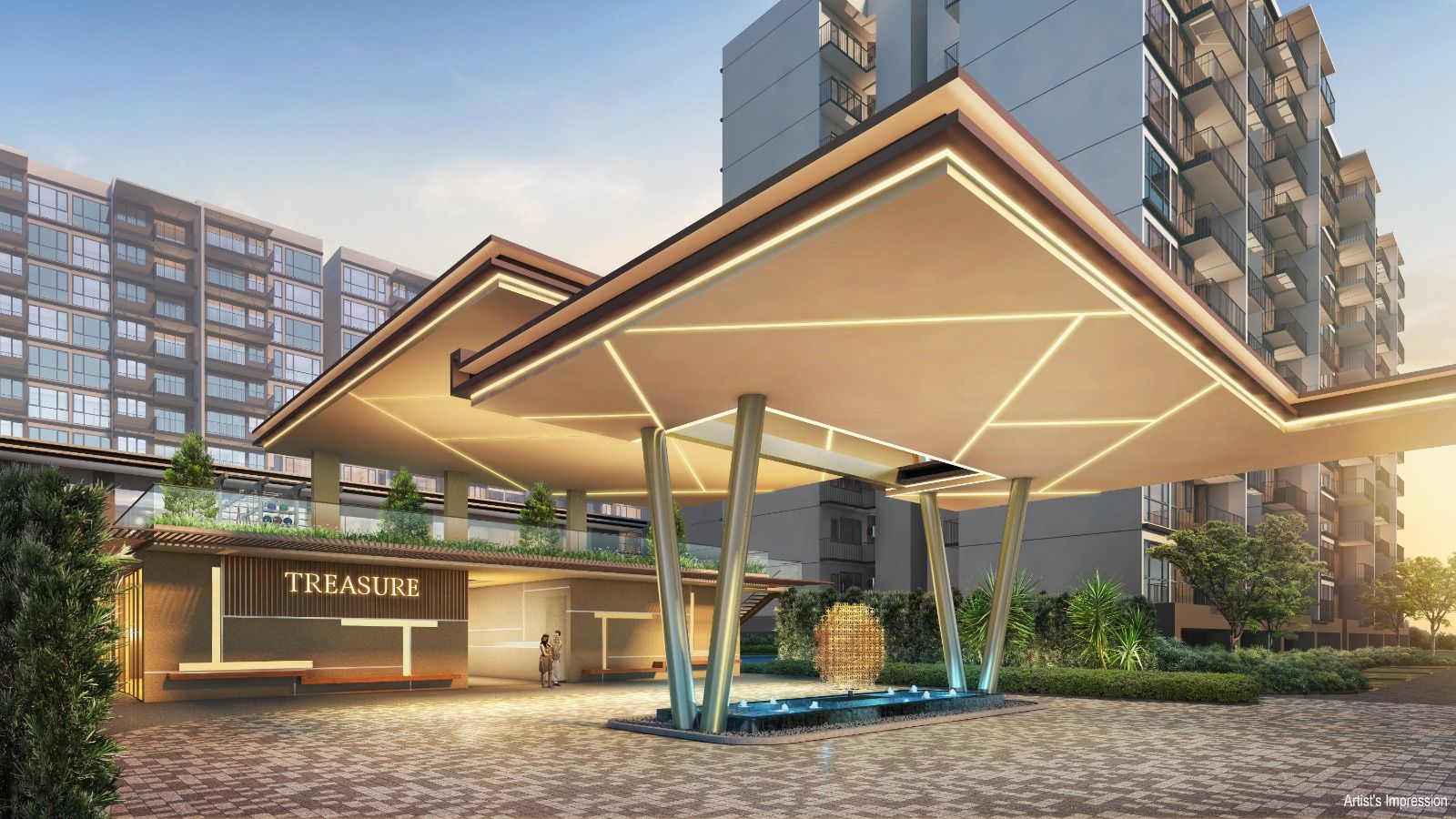 Treasure at Tampines (or rather, its site) has been making waves since 2017. Back then, the former site of Tampines Court, a former HUDC, had recorded the highest en bloc deal in a decade.

It’s currently the largest condo development in Singapore. Given how massive the project is, we’re not surprised if the developer starts giving out discounts to clear stock. If it’s not sold out by the ABSD deadline, that is.

If you’ve always wanted to live in the east, you might want to check out this condo.

Units left unsold as of writing: 30 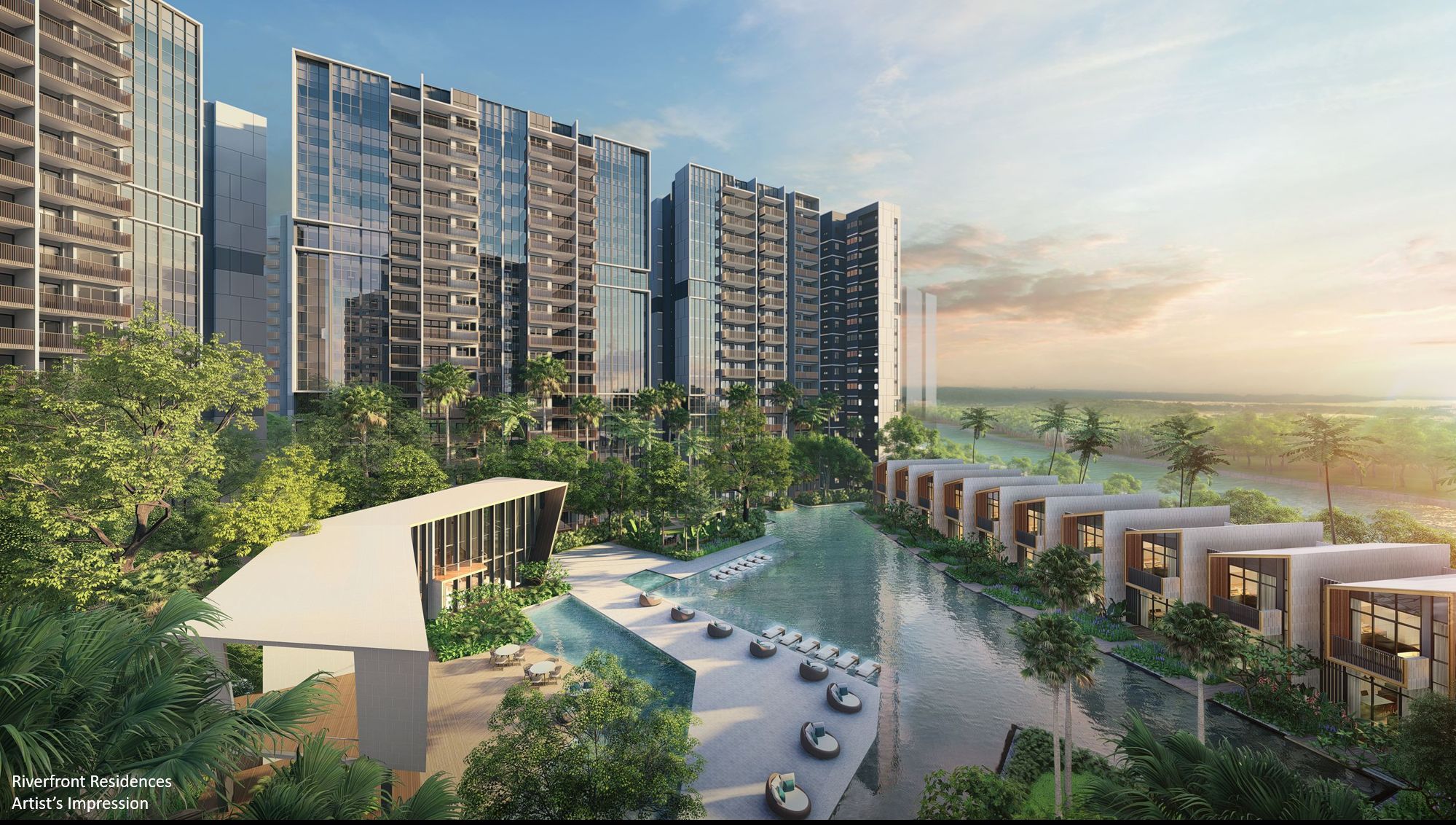 With the former HUDC site sold en bloc in 2017, Riverfront Residences is another new launch condo with an ABSD deadline coming in 2022.

The new launch condo is located near the heart of Hougang and faces Serangoon River. What’s more, it features 21 strata landed homes — perfect for those who have always wanted to live in a landed property.

Units left unsold as of writing: 100 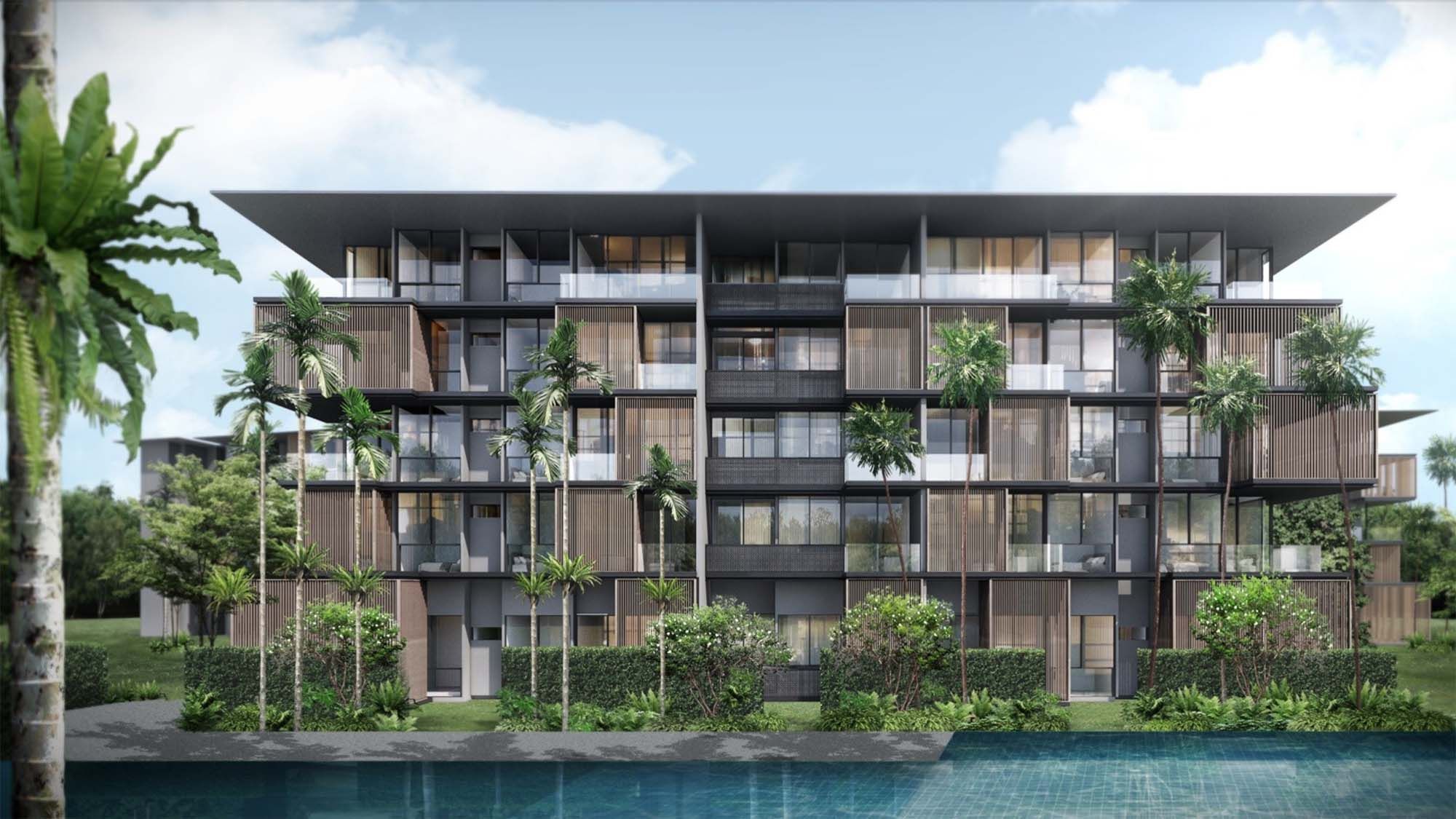 Parc Komo sits on the former site of Changi Garden, which was sold en bloc in 2017. Compared to the rest of the new launch condos listed here, it doesn’t boast a high percentage of units sold (yet). At the same time, we feel that this new launch condo has discount potential, for the simple reason that it’s in a remote location compared to others.

Located near Changi Airport and Changi Prison, its closest MRT stations include Tampines East MRT and Upper Changi, which aren’t even within walking distance. However, Parc Komo is a mixed-use freehold development, boasting commercial retail outlets right at residents’ doorsteps.

Nevertheless, if you’ve always wanted some tranquillity and don’t mind the location, you might want to consider Parc Komo.

Which other new launch condo do you think has discount potential? Let us know in the comments section below or on our Facebook post.

How do you find condo discounts?

You can find condo discounts at property auctions, and new launch condos nearing their ABSD deadlines.

What is a property auction?

It occurs when a property is placed for bidding and sold to the highest bidder. For instance, a property can be seized and put up for auction by the bank when the owner defaults on the home loan.

What is the ABSD deadline?

It refers to the five-year deadline developers are subjected to from the time they acquire a land plot or property for housing redevelopment. During this period, they have to complete the development and sales of the residential property so that they don’t have to pay the full developer ABSD of 30%. 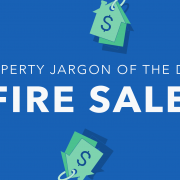 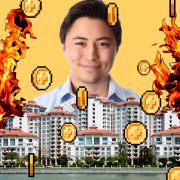 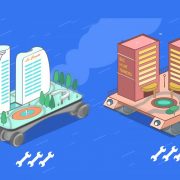 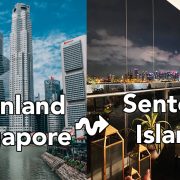