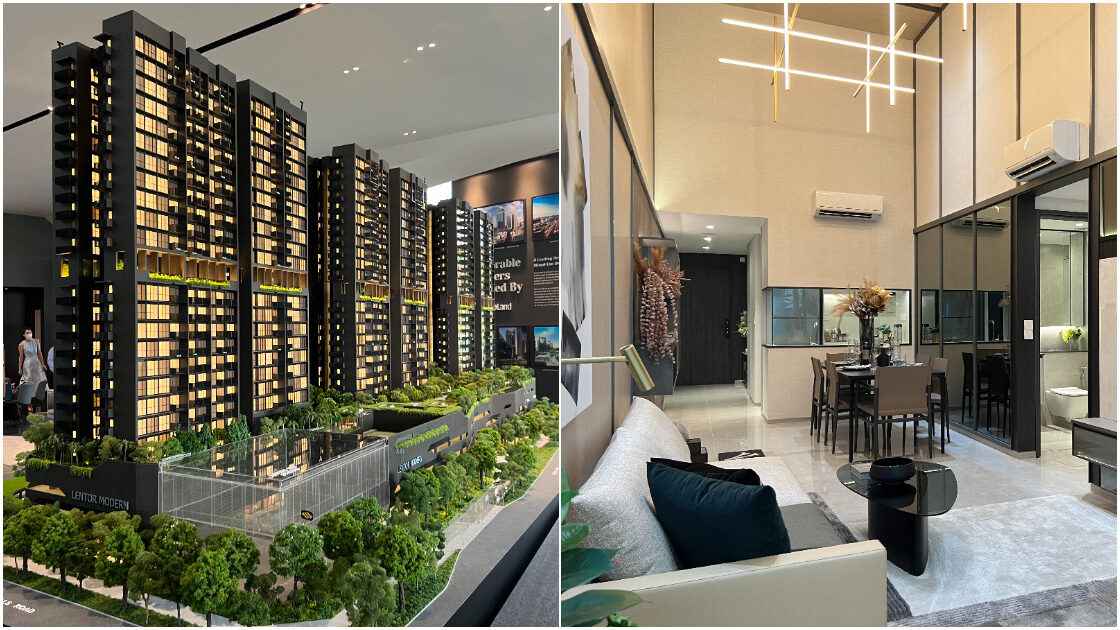 Last weekend, a new launch condominium in the OCR, Lentor Modern, sold 84% of its units during its launch. This translated to 508 out 605 units which is more than the number of units sold in any new launch this year.

This isn’t surprising as Lentor Modern is the first and only integrated development in the Lentor neighbourhood and it’s by GuocoLand, an experienced developer. (We’ve covered more about Lentor Modern’s offerings in our review.)

As these projects performed well, it seems that buyers have accepted the norm that new launch prices in the OCR are S$2,000 psf or over.

We’ll be analysing how OCR new launch prices reached over S$2,000 and comparing the prices of condos in different OCR districts.

Narrowing price gap between new and sub-sale transactions in CCR, RCR and OCR

Across Singapore, average prices of new and sub-sale transactions in the CCR, RCR and OCR have narrowed over the past 15 years.

According to Lee Sze Teck, Senior Director of Research at Huttons Asia, “the median price gap between CCR and RCR homes has narrowed to 14.9% from the 10-year average of 42.7%.” Lee also says that the price gap, “started narrowing in April 2022 to 25.7%. The gap further closed in August to 14.9%”.

Based on the bar graph above, we can see that average prices in the OCR are comparable to the RCR. In fact, Lentor Modern has surpassed Piccadilly Grand while AMO Residence and Sky [email protected] have surpassed Atlassia and Royal Hallmark, which are projects in District 15 (RCR).

Lack of supply of new launches vs pent-up demand

All three projects were also the first new launches in their respective neighbourhood in many years.

Average prices of new launches could have increased due to the increasing costs borne by developers.

Government land sale (GLS) prices have been increasing and hit record highs, such as the Dunman Rd and Jalan Tembusu sites, which sold for S$1,350 and $1,302 psf per plot ratio (ppr) respectively.

In addition, construction costs have increased in the past two years since the Covid-19 pandemic. According to global construction consultancy firm Linesight Singapore in their Q2 2022 commodity report, prices for construction materials like steel and concrete have increased. This is also bolstered by high energy and shipping costs and supply disruptions.

Although the firm predicts a stabilising of material prices in the later half of the year, it will take until 2023 to return to pre-Covid levels.

Narrowing price gap between new and sub-sales in OCR districts

The most recent new launches, AMO Residence, Sky [email protected] and Lentor Modern, are in districts 20, 16 and 26, respectively. Hence, we’ll look at how prices of new and sub-sale condo transactions in the three OCR districts have changed over the past 15 years.

Based on the price graph above, District 20 traditionally had higher average psf prices than the other two districts.

This is unsurprising as it covers the Ang Mo Kio neighbourhood, which is in a very central location, just outside the RCR. District 16 covers Bedok and Tanah Merah while District 26 covers Lentor, Mandai and Upper Thomson. In terms of travelling time to the city centre, it makes sense that District 20 is the most expensive, followed by Districts 16 and 26.

However, the price gap between District 20 and District 16 has narrowed due to the sales of AMO Residence and Sky [email protected] Do note that the graph for District 26 does not include Lentor Modern but we have indicated Lentor Modern’s average price for reference.

As mentioned earlier, average psf prices for the recent new launches are above S$2,1xx, with Lentor Modern reaching S$2,538 psf.

If you compare the average prices of the OCR districts with District 15 (where most other new launches are located this year), the narrowing price gap between OCR and RCR is more apparent.

Lentor Modern’s higher prices go against the price trend in District 26. As the first new launch condo in Lentor after more than 10 years, it will be a game-changer and impact prices of other upcoming new launches like Lentor Hills Residences and the two GLS sites at Lentor Central and Lentor Hills Road (Parcel B).

Of course, we also cannot discount the fact that Lentor Modern is an integrated development which tends to command a higher price. Based on the recent Market Watcher series report by OrangeTee & Tie Research & Analytics, buyers are willing to pay up to 27% for integrated projects in the OCR.

So, even though it’s traditionally seen as being further away from the city centre, its direct link to the Thomson-East Coast line (TEL) and amenities at its doorstep justify its price point.

Similarly, Sky [email protected] is also a mixed-use development and is only a 3-minute walk from Bedok MRT station.

Hence, this suggests that the convenience of amenities and transportation networks are important factors in the pricing strategies of projects.

With transport developments like the Cross Island Line and North-South Corridor in future, we might see more projects commanding higher prices even though their location is traditionally seen as being further away from the city centre.

Plus, with changing work habits due to Covid, there isn’t a need for buyers to travel to the city centre. Connection to an MRT station, proximity to amenities and facilities in the condo itself would be more attractive to buyers.

Will average prices of new launches in the OCR go down?

The short answer is highly unlikely. Even if the government imposes drastic cooling measures, average prices will most likely not return to previous levels. This is based on what we’ve seen in price trends in the past.

The graph above shows the price trend of new and sub-sales in the OCR, RCR and CCR. There have been very few fluctuations in prices in the OCR as compared to the RCR and CCR.

Even when there were cooling measures imposed in 2013 and 2018, average prices in the OCR only dropped slightly or weren’t affected at all.

As long as there is a low supply of new launches in the OCR and demand for it, we foresee that prices in the OCR will continue to increase. Unless there are cooling measures specifically targeted at OCR new launches, prices are unlikely to drop anytime soon.

However, there could be a slight possibility if the GLS tenders become less competitive. During the recent tender for Lentor Central and Lentor Hills Rd (Parcel B), there were fewer bids than expected. This signals a possible slowdown in developers vying for land parcels, especially in areas where there are multiple sites.

But even then, Christine Sun, Senior Vice President of Research and Analytics at OrangeTee & Tie, estimates that the future selling price of both condos could range between S$2,000-S$2,100 psf for Lentor Central and S$2,030-S$2,130 psf for Lentor Hills Rd (Parcel B). This is based on its land prices of S$1,108 psf ppr and S$1,130 psf ppr respectively.

With low supply of new launches in the OCR and developers grappling with increasing costs, buyers will need to make peace with average prices soaring above S$2,000 psf for the time being.