Marina View is a 99-year leasehold mixed development, largely comprising residential units and a 540-room hotel as well as commercial units located in the Core Central Region. Strategically located at the junction of Union Street and Shenton Way, District 1, The Urban Redevelopment Authority (URA) estimates that there will be 905 private housing units and 540 hotel rooms.

Marina View is an exciting, ultramodern project located in the highly coveted Marina Bay area. Located near the historic Marina One project, this new development similarly aims to act as the catalyst to transform the whole CBD. Marina View is developed by Boulevard View which is a subsidiary of IOI Properties. IOI Properties is developing another mixed-use commercial property on Central Boulevard. Predicted to be completed by the third quarter of 2023, IOI Central Boulevard Towers will have 1.26 million square feet of office space and 30,000 square feet of retail and F&B outlets across two towers.

Marina View will have a comprehensive mix of 1-bedroom, 2-bedroom, 3-bedroom, 4-bedroom and 5-bedroom units.

Residents can enjoy a short drive or bus ride to a plethora of shopping and dining options:

The official developer e-brochure for Marina View will be published soon. Receive in your inbox when it becomes available by indicating your interest below. 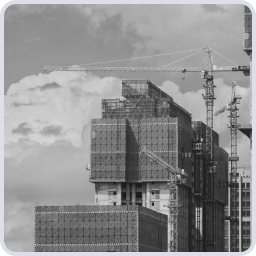 Blossoms By The Park

The Botany At Dairy Farm Marina View hasn't launched yet. Get updates on the available units when it launches.

About the Developer of Marina View

Boulevard View is the developer behind the sleek and new development nestled in the downtown area, Marina View. Marina View is a mixed-use development with about 905 residential units and 540 hotel rooms surrounded by retail, food and beverage use.

The Group also partnered with Kim Seng Heng Holdings Limited to develop Cityscape @ Farrer Park, a 30-storey freehold condominium development in District 8. Another notable development undertaken by the group is South Beach, a mixed-use development, jointly developed with City Developments Limited. South Beach has won two Green Mark Platinum Awards and is set to be the new defining structure in Singapore’s vibrant skyline when completed in 2015.

The Malaysia-listed group, controlled by billionaire brothers Lee Yeow Chor and Lee Yeow Seng, is developing another white site in Central Boulevard which it acquired for $2.57 billion in November 2016 after triggering its release with a minimum bid of $1.536 billion. That worked out to a land rate of $1,689 psf ppr. Across Marina Bay, IOI teamed up with billionaire Kwek Leng Beng’s City Developments to develop the mixed-use South Beach Development, which the partners completed in 2018. In 2014, IOI Properties Group Berhad (“IOIPG”) listed successfully on the Main Market of Bursa Malaysia as one of the largest property companies in the country.

The impressive track record of the Group’s expertise can be seen as a guarantee of Marina View’s prospects. Prospective buyers should be reassured investing in the property, be it for living or as an investment. Marina View perfectly encapsulates the new norm to ‘live, work and play’, all in one place.

Who is the developer of Marina View?

Where is the showflat for Marina View located?

What is the address of Marina View?

What is the tenure for Marina View?

How many units are there in Marina View?

The total number of units in Marina View is 905.

How many blocks does Marina View have?

The total number of blocks that Marina View has is 1 blocks.

What is the postal code of Marina View?

What is the Marina View unit mix?

The unit mix of Marina View can be found in the Unit Mix section above.

Where to get floor plans for Marina View?

The floor plans for bedroom types in Marina View can be found in the Floor Plan section above.

Where can I find the Marina View site plan?

You can view the Marina View Site Plan in the Site Plan section above.

What is the nearest MRT Station to Marina View?

The nearest MRT station to Marina View is Shenton Way.

What is the price range of units in Marina View?