On 15 November, the government announced that it’s extending the Vaccinated Travel Lane (VTL) to six more countries such as India and Indonesia. This comes after last week’s announcement on the VTL to Malaysia.

As of writing, this brings the total number of VTL countries to 21. Other countries under the VTL previously announced include Australia, South Korea, the United Kingdom and the United States.

The VTL doesn’t just allow travellers from these countries to enter Singapore without being quarantined. It also means that it’s now easier for foreigners to enter Singapore. (The country’s border has always been open to overseas Singaporeans and PRs throughout the pandemic.)

And for the property sector, especially when it comes to properties in the Core Central Region (CCR), the ease of border restrictions will mean higher foreign demand.

“We certainly hope that the property market will be able to gain some traction from [the VTL] and capture some of the foreign investors and buyers. Particularly because we’re in the central location, which is the CCR. And the CCR is quite dependent on some foreign investors and buyers,” said Edward Ang, Executive Chairman of Ocean Sky International, during last week’s media briefing for Cairnhill 16. The development is one of the projects under TSKy Development, a joint venture between Tiong Seng Holdings and Ocean Sky International.

So to what extent has the ease of border restrictions like the VTL helped bring in foreign buyers looking to buy CCR condos?

We did a quick search on URA’s REALIS to see the number of foreign buyers of new CCR condos.

We found that while there’s some correlation between the VTL and the number of foreign buyers of CCR condos, there’s already an increased foreign demand even before the VTLs are announced.

To start with, let’s see the number of foreign buyers of new CCR condos, based on transactions from 2018 to 2021 (up to October).

In this article, we’re just focused on the foreign buyers. We excluded PRs since they generally don’t face border restrictions (other than the quarantine), and can still enter Singapore during the pandemic.

But this year, even as borders aren’t fully opened yet, there’s already 213 foreign buyers as of October. In fact, the number of foreign buyers of CCR condos have already surpassed the figure for 2018, 2019 and 2020.

But is this increase really driven by the VTL?

A closer look at the number of foreign buyers in 2021

The first VTL, for travellers from Germany and Brunei, was only announced in August and started in early September. Before that, it was mostly the travel bubble with Hong Kong that, well, kept bursting. So this first VTL announcement was a sign that we’d see more quarantine-free travel coming our way.

We found that for the first two months of 2021, there were only six foreign buyers for new CCR condos each month. However, the number spiked to 32 in March. After that, there’s around 19 to 23 foreign buyers per month from April to September. The number went up even higher to 41 in October, when we started the VTLs with more countries such as the US and the UK.

On the other hand, we can’t really tell which countries the highest number of foreign buyers are from. Especially in October, there’s quite a substantial number of transactions where the nationality wasn’t specified in the URA REALIS database.

But even before the VTLs were announced, there’s already an increased foreign demand for CCR condos. So we think it’s more of the positive economic outlook from the start of this year, as well as Singapore being seen as a safe haven for property investments, that’s kept them coming before the VTLs were introduced. For instance, back in March, we saw the Tsai family of Want Want China Holdings from Taiwan buying the whole Eden condo at Orchard.

Also, while we don’t have VTL arrangements with countries and regions like Hong Kong, Mainland China, Macau and Taiwan, travellers from these areas have been able to enter Singapore without quarantine for some time.

Nevertheless, it’s very likely that the VTLs have helped boost foreign demand even more, especially for CCR condos, as we’ve seen in the October numbers.

As Pek Zhi Kai, Executive Director of Tiong Seng Group pointed out during the media briefing, “I think buyers of property still prefer to come and see, and feel before they make a purchase. And especially for luxury products. It’s important to feel the luxury for themselves.”

How does foreign demand compare to local demand for CCR condos?

Here’s the breakdown of the buyer profile based on residential status, for new launch CCR condo transactions from 2018 to 2021.

While we’re seeing an increasing number of foreign buyers this year, the increase of local buyers, especially Singaporeans, has been even higher for the past few years.

For PRs, there’s been a steady increase in buyers over the years. The number of PRs buying CCR condos increased more than twice for the first ten months of this year compared to last year.

As for Singaporean buyers, we can see that in 2019, the number grew by twice from the year before. In fact, there’s a 65% increase last year despite the pandemic and economic downturn. And for the first ten months of this year, the number of buyers has grown nearly twice the whole of last year’s.

As Zhi Kai highlighted, “We see Singaporeans coming into this sector, because there’s quite a lot of wealth. I think property still remains one of the best stores of value. So with that, I do see that Singaporeans are still attracted to the CCR and this is a very good opportunity at this present moment to move into the CCR area.”

Which CCR condos should you look out for?

Keen on getting a CCR condo? Whether you’re a local, PR or foreigner, here are the top-selling CCR condos in October that you might want to take note.

On top of that, this November we’ll see two launches in the CCR. Canninghill Piers started its preview on 5 November and is launching on 20 November, with an indicative starting price of S$1.16 million for a 409 sq ft one-bedder (S$2,836 psf).

Cairnhill 16 started its preview from 13 November and will launch on 27 November, with an indicative price of S$2,789 psf. Its smallest units are 775 sq ft two-bedders, starting from S$2.2 million.

And come December, we’ll see the launch of Perfect Ten in Bukit Timah.

Which CCR condos will you go for? Let us know in the comments section below or on our Facebook post. 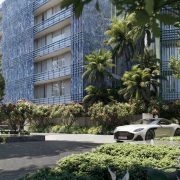 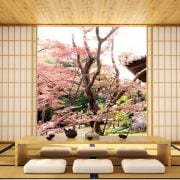 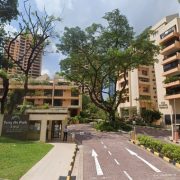