Yong An Park unit is the most profitable resale unit in Q3 2021, earning S$8.7m in profit

In September, a 25th floor unit at Yong An Park unit in River Valley was transacted for S$12.5 million. Given that the sellers had bought the unit for S$3.8 million back in 2000, they earned a whopping S$8.7 million in profit with the sale. The sale also made it the most profitable deal by quantum in Q3 2021.

Business Times reported that this was based on data provided by Edmund Tie Research, which studied caveats of transactions with prior purchase history and ranked them as the top profit- and loss-making deals.

Looking at our Researcher data, prices of Yong An Park units have appreciated by 129.41% over the past 21 years.

Based on our Researcher data, Parkview Mansions has seen a price appreciation of a whopping 425.89% over the past 16 years.

What’s interesting is that Parkview Mansions had tried for en bloc twice back in the en bloc cycle in 2018. The condo owners had initially put it up for collective sale in March that year for S$320 million, before relaunching it in December 2018 at a lower price of S$250 million.

At the same time, Business Times quoted Edmund Tie’s senior director (research and consulting) Lam Chern Woon saying, “In Q3 2021, profitable sales by quantum came predominantly from District 10 whilst loss-making sales came predominantly from District 9.” He added that the average holding period for the loss-making units was 10 years, lower than the average of 18 years for the profit-making units.

Out of the five loss-making transactions by quantum, four of them were held between 10 and 14 years. All but one of them were freehold and located in the CCR. On this, Lam noted this was because most units were bought during the 2007 property cycle peak.

Looking at the average price psf of District 4 units, the price psf of leasehold condos has been fluctuating over the past 14 years, with an overall price increase of 14.86%.

Condos for sale in District 4 Over the past three years, leasehold condos in District 16 have a price increase of 0.24%.

Condos for sale in District 16 How long will you hold your unit before selling it? Let us know in the comments below or on our Facebook post.

If you found this article helpful, 99.co recommends Les Maisons Nassim penthouse sold for S$75m, possibly the most expensive apartment ever sold in Singapore and 5 things every on-the-fence homebuyer must do if new cooling measures are suddenly announced. 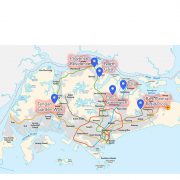 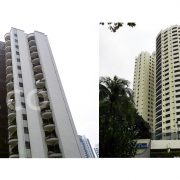 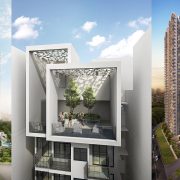