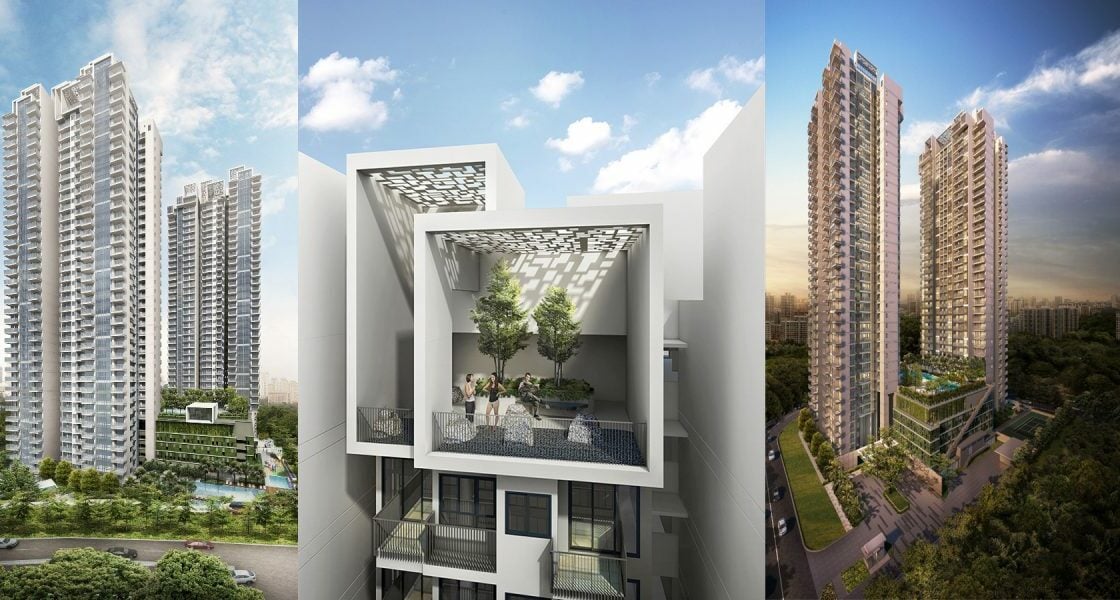 If you’re new to property, the terms freehold, 99-year, 999-year, and leasehold can be confusing. Let us break it down for you.

Freehold property can be held by the owner indefinitely. On the other hand, a 99-year leasehold property reverts back to the state upon the expiry of its lease.

A holdover from the colonial era are properties with 999-year leases. This is essentially no different from a freehold property, unless someone discovers a way to extend our life expectancy by a hundred times.

Can the government take back a freehold property?

A commonly held myth is that a freehold property remains in the possession of a family forever, to be passed down for generations till the end of time. Sorry to burst your bubble, but this is simply not true.

There are provisions that allow the government to reclaim the land for vital infrastructure or security purposes. If your house is in the way of a major highway or a new underground MRT network, the fact that it holds freehold status isn’t going to save it.

A case in point is the four-storey Thomson Road freehold property that’s been acquired to make way for the North-South Corridor.

There is also the possibility of en-bloc redevelopment. If a developer makes an en-bloc attempt for your freehold condo and the other residents agree to it, you still need to pack your things look for a new home.

The government will compensate the owners based on the existing market transactions for similar properties in the same location.

As a (very loose) rule of thumb, the initial sale price of a freehold unit (new sale) tends to be 10 to 15% higher compared to a leasehold unit in the same area. 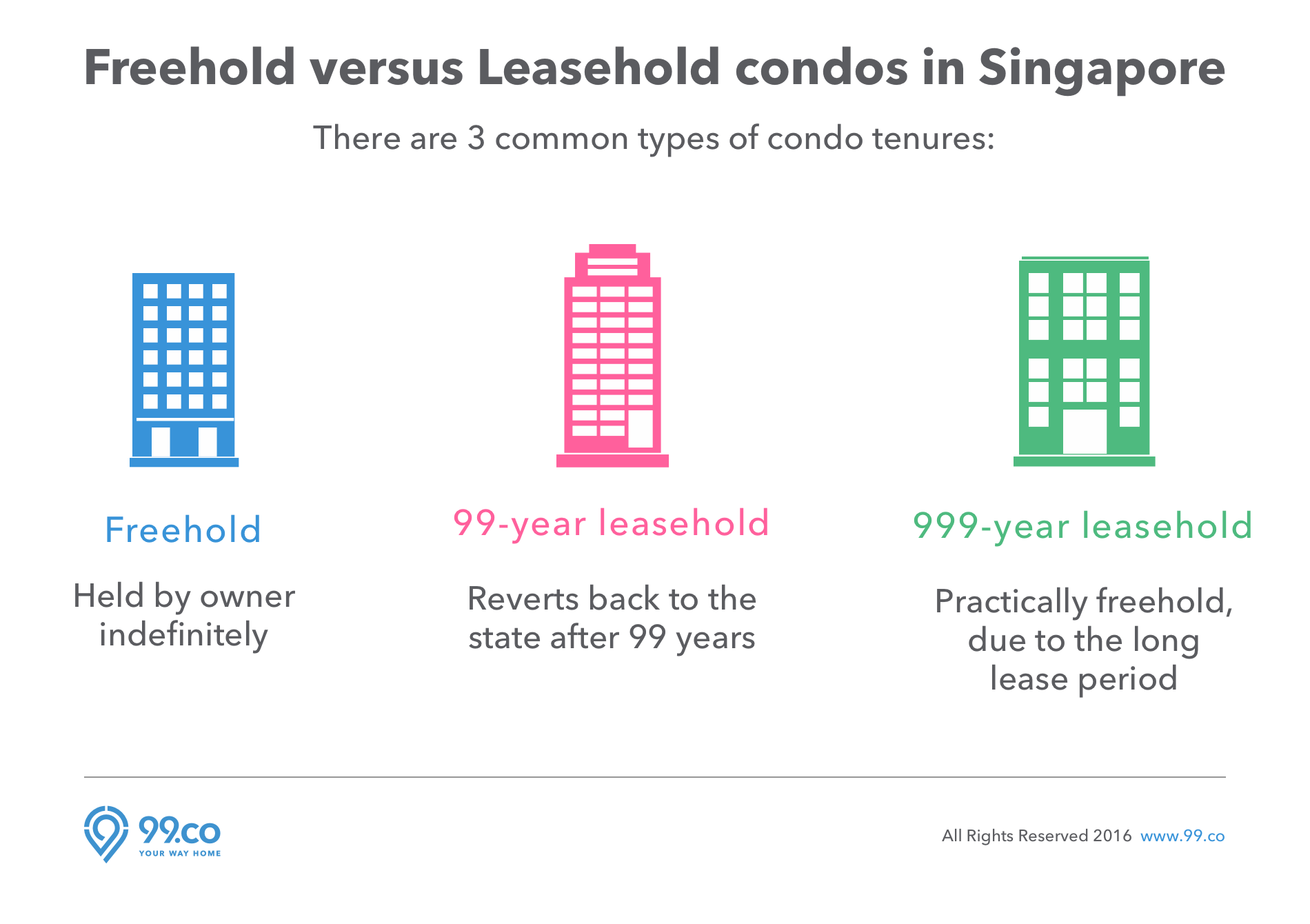 Now that’s out of the way, let’s look at the never-ending dispute of prices.

This isn’t an easy question to answer as it’s difficult to isolate individual causes of property value.

For example, a unit with 70 years left on its lease, but is located in the Central Business District (CBD), will probably still be worth more than a freehold unit on the outskirts of, say, Tengah (no hate to Tengah).

Likewise, if a freehold property is situated closer to an MRT station, it can be hard to tell how much of the higher valuation is due to its freehold nature, and how much is related to its accessibility.

Lease is just one of many factors affecting value, and its significance is hard to isolate

It should come as no surprise that, for the past two to three decades, analysts and investors have been arguing about the price effects of leasehold versus freehold statuses. There are a few common conclusions that we can arrive at, however:

As a rule of thumb, a new freehold unit will be priced at about 10% higher than a leasehold counterpart. However, leasehold units tend to show greater depreciation than leasehold properties at 21 years of age, and then 40 years of age.

Before that point, it’s even possible that some leasehold properties will depreciate slower than their freehold counterparts.

2. In theory, freehold units fetch a better price during en-bloc

The en-bloc value of a freehold development should be higher, as the owners are giving up more. A leasehold unit near the end of its lease should be priced lower since in a few decades the owners could end up getting nothing from it. Or so the theory goes.

But if it were that straightforward, we could simply compare the en-bloc price of a freehold unit and a leasehold unit, and declare “Development X is cheaper because it is leasehold”. In reality, that would be a misleading comparison.

En-bloc offers are affected by a range of factors, such as the state of the market, zoning laws, and the amenities that have been built up around it.

For example, if zoning laws dictate that a freehold development cannot be replaced by a condo of the same height (we believe this may be the case with Peace Mansions), then the en bloc price may be lower despite the condo being freehold.

Likewise, it is nearby amenities — such as the cluster of train stations, malls, and schools — that developers factor into their en-bloc bid. If the amenities around a freehold condo don’t improve substantially, that can still translate to a lower en-bloc price.

3. Leasehold is better for rental yields

Leasehold units can be better for rental yields, going by simple mathematics. The rental yield is the annual rental income, divided by the total cost of the property. Lower cost, higher yield.

Also, bear in mind that rental income is unaffected by whether a condo is a freehold or leasehold. A tenant will not pay any more or less just because a condo is on a 99-year lease.

Unlikely, as it does not matter to the tenant whether the condo is a 99-year leasehold or a freehold. You will most likely still get S$3,000 in rental income.

The total rental yield is thus 3.1%, making it less attractive to a landlord.

This is one of the reasons landlords like to look for older leasehold properties, which may require lower capital to purchase but earn higher yields in return. 4. The advantage of freehold is more theoretical than practical

When it comes to buying property as an investment, the difference between freehold and leasehold could be the equivalent of navel-gazing.

It’s not a dispute that can be settled because (1) most of it is hypothetical, and (2) whatever you come up with, there are a thousand examples in the real world that will prove otherwise.

Let’s use the condo resale prices of condos in the CCR for the past 10 years.

Looking at the graph below, the average price of freehold condos has generally been higher than their 99-year lease counterparts. This follows the theory that freehold condos are more expensive than leasehold condos.

But if we take a closer look at the average price psf of freehold and 99-year leasehold condos in the CCR, the theory doesn’t hold water.

Looking at the graph, it appears that we’ll also be comparing the similar average price psf for these two types of condos this year.

What’s our conclusion: Freehold or leasehold?

An investor would do better to focus on the key principles. That is, what are the prices of surrounding properties? What amenities does the URA master plan suggest, and what do the transaction records show? These issues take precedence over whether a unit is a freehold or leasehold.

For homeowners looking at a long-term stay, don’t assume freehold is king. Family structures and places change. People migrate, children move out and you may want a change of scenery or neighbourhood 20 years from now.

There are situations where home buyers opt for freehold, and end up moving out after 40 years after their children have flown the nest and they want to downgrade.

In such a situation, they could have saved considerably more for retirement with a leasehold property.

Would you buy a freehold or leasehold condo? Let us know in the comments section below!

If you found this article helpful, 99.co recommends Leasehold property in Singapore: What happens when the 99-year lease runs out? and Should you buy a 99-year leasehold over a freehold condo?