Every day, 99.co picks a piece of property jargon to explain it. Today we look at the term “en-bloc sale” – or as Singaporeans call it, “strike 4D”:

What is an en-bloc sale?

In strict technical terms, any sale of two or more property units to a single buyer is an en-bloc sale. In practice, we seldom use the term that way. When we talk about en-bloc sales in Singapore, we usually refer to full-development sales.

This is when an entity (most often a property developer, but sometimes others such as investment firms) purchases an entire development. For example, the famous sale of Normanton Park for over $830 million in 2017, or Pacific Mansion in 2018 (for $980 million).

When and why do en-bloc sales happen?

En-bloc sales tend to happen to older developments; usually those that are 30 or 40 years old. This is because, at that age, the land plot often becomes more valuable than the development sitting on it.

The area around such an old development tends to be dense with amenities – shopping malls, MRT stations, and eateries would have sprung up over the years. This raises the value of the location. But at the same time, the aging property on the land will be more expensive to maintain, perhaps less liveable as it breaks down, and so forth.

Changes to zoning laws may also permit for a higher gross floor area (read: more units can be built there) in subsequent developments.

In these cases, a property development firm may seek to purchase the old development, and replace it with a newer one that it can sell for a nice profit. Alternatively, the owners of the old development may themselves band together, and seek a single buyer for all their aging properties.

Due to this process, it’s often assumed that most aging condos will be sold in an en-bloc long before their 99-year leases run down.

What happens during an en-bloc sale?

You can see a more in-depth breakdown of the en-bloc process in this article. But as a quick summary:

An en-bloc sale proceeds when sufficient owners agree to it. This is defined as a consensus among those who own 80 per cent of the share value of the development. For developments that are 10 years old or younger, the required level is 90 per cent instead; but it’s rare for such new properties to undergo an en-bloc.

The timeline for the en-bloc (when you need to move out, when you’ll get the sales proceeds from your house, etc.), as well as the other legal issues, are worked out with a law firm and property consultant appointed by the Management Committee. There will be a general meeting called for all the owners of the development, in which you can have your say.

Expect a lot of quibbling and emotions during this stage, as people argue out the differences of opinion. Needless to say, the biggest arguments will be over the compensation for losing your home. Just about everyone wants their en-bloc to be a windfall, in which they sell for way more than they bought.

Once the en-bloc moves ahead, those who don’t want to sell still have a last chance; they can appeal to the Strata Titles Board (STB) to block the sale, if they have a good reason; this usually entails suffering some sort of financial loss from the sale. The appeal can be made even after the 80 per cent consensus is reached.

Once the en-bloc is underway, you usually have about 18 to 24 months before its complete, and you get your sales proceeds (you’ll be informed of the latest date by which you need to leave).

While most Singaporeans look forward to an en-bloc, things can get sticky

There are two big issues to contend with in an en-bloc, whether or not you voted for it.

The first is the long delay before you get your sales proceeds. Unless you want to end up renting for an indefinite period, most people will try to buy a house before they need to evict the old one. This can be problematic, however, if the sales proceeds from the en-bloc only arrive more than a year later.

Many banks offer bridging loans for that can cover you for a year; but it that’s too short, you may need to talk to a qualified financial expert for help.

The other issue is how sales proceeds are divided. It’s quite common, for example, for smaller owners to insist that proceeds be divided based on share value. However, this disadvantages the bigger owners. For example:

Make sure you attend every meeting pertaining to the en-bloc, and make yourself heard regarding the sales proceeds. 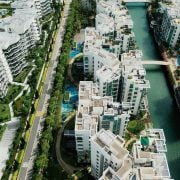 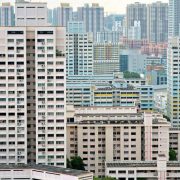 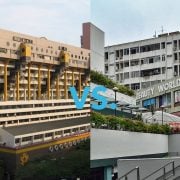 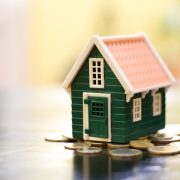