[This article has been updated with additional project information from HDB on 17 November 2020. The Nov 2020 Tengah BTO sites will be named Garden Court @ Tengah and Garden Terrace @ Tengah.]

The upcoming HDB November 2020 Build-to-Order (BTO) sales exercise will feature five projects comprising a total of 5,770 units. The Tengah BTO is one of two projects in non-mature estates that will be launched, and will consist of two sites of similar land area: one closer to Hong Kah MRT Station, and the other nearer to Tengah Plantation MRT Station.

Previously, we’ll refered to the two Tengah BTO sites as Hong Kah Site (Garden Court @ Tengah) and Tengah Plantation Site (Garden Terrace @ Tengah). The map below shows the final block layouts of the Nov 2020 Tengah BTO and the usage of land in the area, according to the official URA Master Plan:

Let’s dive in to the pros and cons of the Nov 2020 Tengah BTO projects:

We’ll likely see a childcare facility, some shops, a minimart and at least a food court in either site (mostly likely within Block 219 and 224), which will improve the overall liveability for the two sites in this Tengah BTO project.

Instead of multi-storey car parks, some earlier Tengah BTO launches (such as Plantation Grange across the road) feature a single-storey, semi-basement car park that lets car owners park their cars nearer to their blocks. But semi-basement car parks come with their own drawbacks, certain Punggol BTO projects have encountered pest issues stemming from these car parks that directly affect the units.

What else we noted about the Tengah BTO sites:

Our verdict on the Nov 2020 Tengah BTO

Comparing Garden Court @ Tengah and Garden Terrace @ Tengah, we must say there’s very little between them that makes one site superior to the other. Rather, the pros and cons will mostly come down to the individual units. The best units, in our opinion, are either those high floor units facing the future school, or units facing the common green.

Take note that, depending on your work and lifestyle, choosing a flat nearer to Hong Kah MRT or Tengah Plantation MRT will make a lot of difference between convenience and hassle.

If you really want to live in Tengah and can afford to bide your time, you might want to hold out for the February 2021 BTO launch, or subsequent launches with better attributes than this one. The Feb 2021 site, for instance, is nearer to the upcoming Tengah Town Centre, bus interchange, Tengah Lake/Forest Park and the polyclinic, but further away from the PIE.

Should you apply for the Nov 2020 Tengah BTO?

Overall, the Nov 2020 Tengah BTO has a number of plus points, but also a long list of caveats. In terms of connectivity and amenities, it pales in comparison to the other non-mature estate project (Sembawang) in this BTO sales exercise, although that’s to be expected as Tengah is a completely new town.

Before you apply, it’s important to know that the Tengah BTO project will likely be priced higher than the Sembawang BTO project in the same sales exercise, despite both projects being equally far from the city and the Sembawang site having a greater number of amenities at residents’ doorstep, not to mention a direct train route to the CBD.

So, why the higher price tag for Tengah? One reason could be the cost of the centralised cooling system, and the other could be that the applicant is somehow bearing a share of the cost of building up Tengah’s ambitious portfolio of amenities.

Whether Tengah’s BTO prices are justified, we might have to wait and see until the town takes shape. One thing’s for sure: Most Singaporeans wouldn’t have the patience to wait 10-15 years for Tengah to develop, but those who decide to take the gamble might eventually become proud residents of a town that’s even more attractive than the current Jurong East or Bukit Panjang.

As an alternative, there are actually a handful of new four-room HDB resale flats in Bukit Panjang, Jurong West and Bukit Batok that are about the same price as Tengah’s BTO flats, after taking the additional grants for resale flats into account. You may check them out here.

Like our analysis? Check out out other in-depth HDB Nov 2020 BTO reviews!

Looking for an affordable home that’s ready to move in? Find your dream resale HDB flat on Singapore’s most intelligent property portal 99.co! 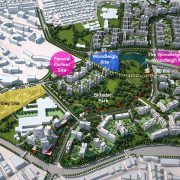 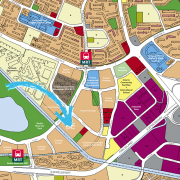 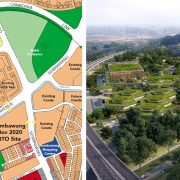 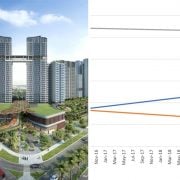