If you’ve been following the Johnny Depp and Amber Heard trial on live TV/YouTube, you probably will find some of the exchanges in this particular case interesting:

Just over a week ago, a former tenant who alleged that she was wrongfully evicted from her rented studio unit of a dual-key apartment at 301-unit My Manhattan in Simei lost a case against her deceased landlord, his estate executors and his daughter.

The reason? The judge didn’t find her testimony convincing enough.

It all started in 2018 when she signed the tenancy to occupy the studio, while in the Main Unit (which has two bedrooms), her landlord’s daughter occupied one room and the agent (who brokered the tenancy) stayed in the other.

Under the terms of the tenancy agreement, the tenant paid a security deposit of S$4,600 and the monthly rent was S$2,300. Unfortunately, the tenant’s relationship with the daughter deteriorated during the course of her tenancy, resulting in the alleged eviction.

5 May 2019: The agent, through the landlord, issued the first of three notices dated 5 May 2019 stating that the landlord would exercise the right to take back possession of the Studio Unit as of 18 May 2019.

The notice also referenced several events in April where the tenant had allegedly caused harm and nuisance to the landlord’s daughter, and that her wish to use the security deposit to offset her rental was a breach of the agreement.

The tenant was given the notice to return the keys within 7 days and make a payment of S$5,830 for rent default and damages. The notice was slid under the door of the studio unit when the tenant did not answer the door.

6 May 2019: The tenant called the agent informing him that she wanted to move out and did not want to pay the rent going forward. She wanted to offset her security deposit for the remaining rental.

18 May 2019: The second notice repeated the same message as the first, but emphasised that the tenant must return the keys by 5:00pm on 18 May 2019. Once again, as the tenant did not answer the door, the agent slid the notice under the door.

On the same day, the tenant’s usual GIRO payment for her monthly rental did not go through.

21 May 2019: The third notice was similar to the first two and once again, as the tenant did not answer the door, it was slid under it.

The tenant called and texted the agent asking why she couldn’t open the door. In one CCTV recording, she was seen spending 15 minutes on the higher floors of the condominium.

However, when she finally managed to speak to the agent, he told her the access code to the door was never changed. Still unable to access her apartment, she claimed she was told to go to the guardhouse thereafter.

The tenant was then served with a Small Claims Tribunal summons for outstanding rent and could no longer access the studio unit. In court, the tenant claimed that she had jewellery and watches (valued at S$358,379) in her apartment, which she later claimed the landlord wrongfully detained.

23 May 2019: The tenant transferred S$4,600 (for May and June rent) to her landlord, on the account that she would be able to retrieve “her belongings” from the studio apartment.

However, upon receiving payment, the landlord’s daughter and the agent entered the studio unit that same day but found it to be vacant (with no belongings).

24-27 May 2019: The tenant was admitted to Mount Elizabeth hospital, allegedly because of her heart condition which she claimed was triggered by the stress of eviction. In court, she was claiming medical expenses of S$1,049.67 from this as well.

28 May 2019: In a voice message to the agent, the tenant said she “had a heart attack the last few days and was hospitalised.”

25 June 2019: The tenant wrote a letter to the Prime Minister and Minister of Law, suggesting that she was cast out on the streets following her eviction, saying: “The Public has given me clothings to wear and change.”

What happened in court

Why the tenant terminated her GIRO payment: When questioned in court, the tenant – who claimed she has an MBA from St. Mary University, Minnesota, but gave her evidence in Mandarin through an interpreter – said she stopped GIRO payment on 18 May as she had wanted to use her security deposit to offset the rent for her final two months. She claimed she did not receive any of the three notices nor was told about the use of her security deposit to offset her remaining rent. She said that if she was told, she would have made payment immediately.

During cross-examination, the agent did admit, after reflecting, that he did not tell the tenant that she could not offset the security deposit for the last two months of rental. However, it was also clear that in the tenancy agreement itself, no provision was made that the tenant could use her deposit to offset her rent.

Access to her apartment and who she met: When asked about the incident on the night of 22 May 2019, the tenant said she could not enter her studio unit because the access code to the main door was changed without her knowledge. However, when contacted, the agent did tell her she could use her access card even if she could not remember the code. Oddly, there were discrepancies in her oral testimony and her pleadings on whether she did have (or use) the access card on hand or not. This affected the credibility of her claim.

When asked why she spent 15 minutes on the higher floors of the condominium, her testimony was equally confusing:

“Okay, I was on the seventh floor. I bumped into a family. There was a couple with a kid or with kids – they were staying on the seventh floor. And there was a lady in her 30s. I was, at that time, trying call—to make a call. I told her I was looking for my agent, and then she asked me who my agent is, so I told her it was [agent’s name]. She said, oh, she knew him, and then we kind of talked a little about him. And because, at that time, I was still trying to call him, I was not in the mood to talk, I was also trying to call him, but the signal was not very good, so the lady said, “Why don’t you come up with me on the seventh floor, it might be better?” So I exited onto the seventh floor. And I continued trying to call, and the lady saw that I was very anxious, and then she asked me what happened, so I told her briefly. And still, I kept trying to call. I didn’t know I was up there for 15 minutes. And finally, eventually, [the agent] called me, and then I went down. I was up there waiting for [the agent] to call.”

When the court looked at the CCTV recordings between those timings, there was no evidence of a family with kids entering or leaving the lift.

Her belongings: During cross-examination, the tenant testified that her jewellery and watches were kept in a drawer. She then went on to explain why they were there:

However, upon further checks, her divorce mediation took place on 26 November 2018 (after her tenancy at My Manhattan started). This resulted in serious inconsistencies in her statement and whether the jewellery and watches which she claimed were in her studio apartment were really there.

Her heart condition: Finally, when asked how her heart condition was triggered by the stress of eviction, the tenant said she realised it was more serious than expected only upon hospitalisation.  In her testimony, she said the doctor wanted her to do surgery and put on heart stents.

However, the medical report from her doctor did not state that her condition was too serious nor required heart stent surgery. What was recommended was either an invasive coronary angioplasty or MRI.

Finally, during the time she claimed she wrote the letters to the ministers suggesting she was ‘cast out on the streets’, she was actually staying with a friend. 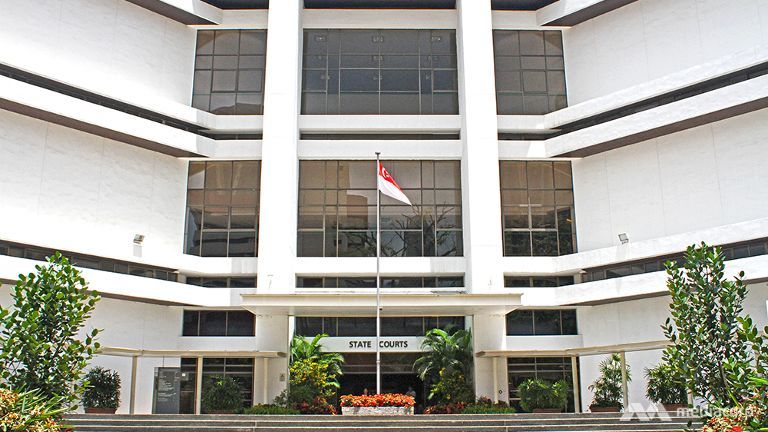 In his testimony, the agent explained that the three notices were meant “to tell the tenant to behave. If not, going down the line, if she wanted to terminate the tenancy, this was to put in place to ensure the landlord’s rights were preserved.”

Also, the notices were spread out over a period of two weeks, which would have given the tenant ample time to react and respond appropriately. During this time, the landlord and landlord’s daughter did not act upon repossession until after the third notice.

The agent also shared that as a real estate agent, his first loyalties were to the landlord. However, he also explained that it was in his interest to keep the tenancy operating smoothly till the end. He tried his best to be impartial and cordial with both parties.

In its judgement, the court found the tenant to be a non-credible witness. It dismissed the tenant’s claim for wrongful termination of the tenancy.

With the ruling against her favour, the tenant was not awarded any compensation for her alleged eviction, the medical expenses incurred for her heart condition nor the “supposed” belongings she claimed were wrongfully detained by the landlord’s daughter. She did however get her security deposit back, amounting to S$4,600.

Lesson learned: If you’re renting a place, always read the tenancy agreement and know what you can and cannot do. Get a translator if you cannot understand the language it was written in. It might not only save you from an expensive legal fee but your dignity and heart condition as well.

Have a rental story to tell us? Let us know in the comments section below or on our Facebook post. 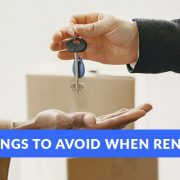 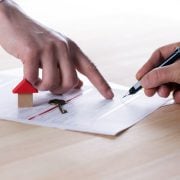 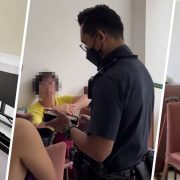 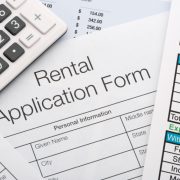