How the US-China Trade War Impacts Your Home Loan

When it comes to big picture issues like the US-China trade war, it can be hard to visualise the every day impact on your wallet. Instead of going on about investment prospects, here’s what the home owner should know – it affects their home loan.

First, we need to understand how home loan interest rates are decided

(There is a third category of property loan that’s also affected – that’s the Swap Offer Rate, or SOR, but these loans only apply to commercial properties so we won’t be looking at them here).

As the SIBOR rates moves up or down, the loan’s overall interest rate will follow.

So how does all that relate to the US-China trade war?

This is where it gets a bit counter-intuitive:

The worse the trade war gets, the cheaper your home loan is likely to be.

In the United States, the Federal Reserve (the Fed) is responsible for controlling the country’s interest rate. As the US economy weakens, the Fed will lower interest rates to stimulate spending and business. As the economy strengthens, they raise the interest rate to keep inflation in check.

In general, interest rates in Singapore will move in tandem. As such, recovery in the US economy – and hence higher interest rates over there – will gradually cause SIBOR to rise. In fact, SIBOR based loan currently stand at around two per cent per annum – up from around 1.4 per cent during the last property peak in 2013.

But this was because previously, the US economy was recovering. Unemployment had stabilised, for example, and the GDP was gorwing again. But the recent trade war has thrown a spanner in the works; and to compensate for the weaker economy, the Fed will either delay interest rate hikes, or even cut them again.

As such, the more damage the trade war does to the US economy, the cheaper your home loan stands to be.

(Don’t start celebrating yet; this is strictly within the context of your home loan. We don’t know if overall economic contraction might cause even worse things than high home loan interest; such as retrenchment or prolonged unemployment).

Who will benefit more if the Fed lowers the interest rate?

In general, home owners with SIBOR loans will benefit more if rates fall. This is because – although SIBOR and FHR loans will move in the same direction – SIBOR is more volatile. That is, it moves up or down in bigger swings than banks’ fixed deposit rates.

Borrowers on the one-month SIBOR rate will see the biggest benefits, if the Fed really does decide to go ahead with interest rate cuts.

In the long run however, home owners should keep in mind that home loan rates have already been low for a decade. The historical norm is around 3.7 to four per cent per annum. A trade war provides a temporary reprieve, and this one specific benefit (cheaper home loans) are a dubious “gain” in light of the wider issues.

HDB buyers now have a tough choice to make

If you use an HDB Concessionary Loan, the interest rate is always pegged at 0.1 per cent above the prevailing CPF rate. But while the CPF rate is revised every quarter, it hasn’t changed for almost two decades. As such, the 2.6 per cent interest rate is the closest thing we have to a fixed rate home loan – it’s reliable, and is far below the historical norm.

On the other hand, those with HDB loans have watched in disgust for almost 10 years, as private bank loans continue to charge less than HDB.

Now, you always have the option to refinance from HDB to a private bank loan (although the reverse cannot be done). But this leaves HDB buyers with a tough choice: do they want to pay more -as they have for around 10 years – by sticking with HDB, or do they risk switching to a bank loan?

One possible answer is to make the decision around how long you plan to keep the house. If you’re going to resell right after the Minimum Occupancy Period of five years and upgrade, maybe keep the interest repayments low with a bank loan. But if you’re going for the long haul, an HDB loan can keep your rates low in the decades to come.

What do you think of this whole trade war situation? Voice your thoughts in our comments section or on our Facebook community page. 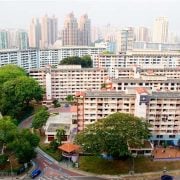 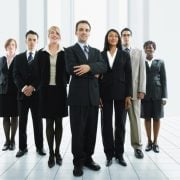 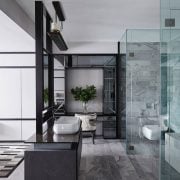 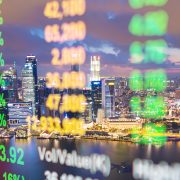