5 mediation tactics for dealing with an unreasonable roommate

With the accommodating strategy, you’re essentially giving in to your unreasonable roommate, and letting them have things their way. Before you cry out, “wait, that’s not fair!”, hear us out – there’s a grander scheme behind all this. The rationale of this strategy is that you should pick your battles wisely – if you’re arguing about something that doesn’t actually bother you that much, you might want to give in, so that your roommate will owe you a favour for the future.

People generally demonize the avoiding strategy, likening people who use this strategy to ostriches with head in sand. Don’t be too quick to dismiss the avoiding strategy, though. These are a great way to soothe over things, and defuse tension. Let’s say your roommate is (normally!) a teetotaller, but one day, comes home drunk and pukes all over the kitchen floor. Your natural response might be to berate your roommate about it – but before you do that, pause and assess the situation. He/she is already feeling worse for the wear; your harsh words, at this point in time, will only serve to aggravate the relationship between the two of you. As long as your roommate cleans up his/her mess, and doesn’t do it again, there’s really no reason to kick up a fuss. 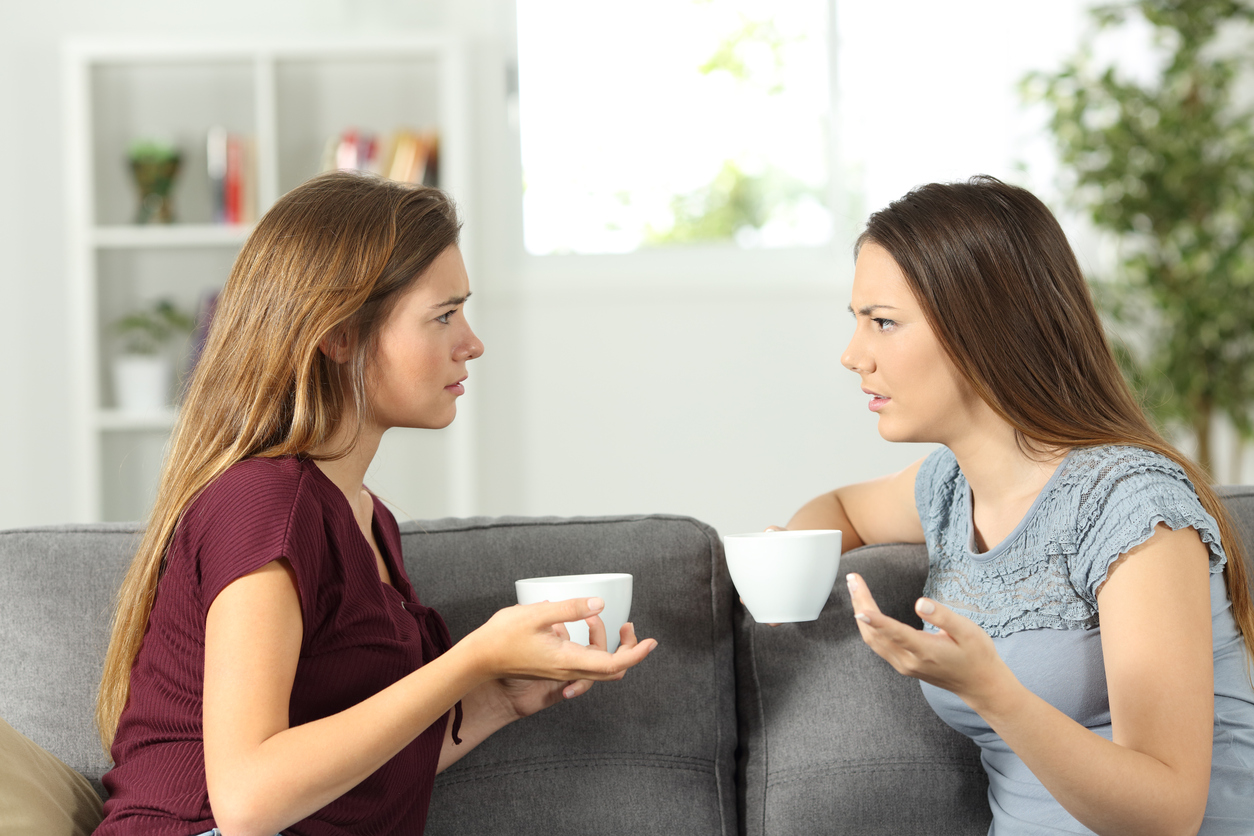 Collaborating is all about racking your brains in order to come up with a win-win solution. Let’s say your roommate loves to play his guitar till the wee hours of the morning, but you can’t have his music keeping you awake. Maybe you google “how to soundproof a room DIY”, and you and your roommate spend the weekend fixing up his room so that less music leaks out of it whilst he’s playing. Now he can play his music, and you can sleep. Both parties are happy!

Other than collaborating, there’s also compromising; this involves each side giving in so that the dispute can be settled. Whilst this will require both parties to sacrifice a certain amount of utility, it’s typically practiced more than collaborating (because it requires less time and creative juices). In the same scenario we mentioned earlier, a compromise might involve setting fixed hours in which your roommate can play. You normally sleep at 12pm, and he normally plays till 2am, so a fair compromise would be him playing till 1am.

If you’re competing with your roommate, you’re essentially trying to one-up each other. He plays his music till 2am in the morning, and you retaliate by finishing all the coffee (which both of you normally share) before you leave for work. Because you do that, he doesn’t wash the dirty dishes in the sink, and on it goes. If your roommate is extremely antagonistic and unreasonable, you might be tempted to use this tit-for-tat strategy, but remember: this is a zero-sum game, and one that you should steer clear from!

At the end of the day, nobody is perfect. By taking things in stride and forgiving your somewhat unreasonable roommate for the occasionally dumb and/or thoughtless things that he/she might do, you’ll foster a better relationship, making both your lives easier. Psst – it’s also important to ask the right questions before moving in with a roommate, and understand the pros and cons of moving in with a stranger, vs friend!