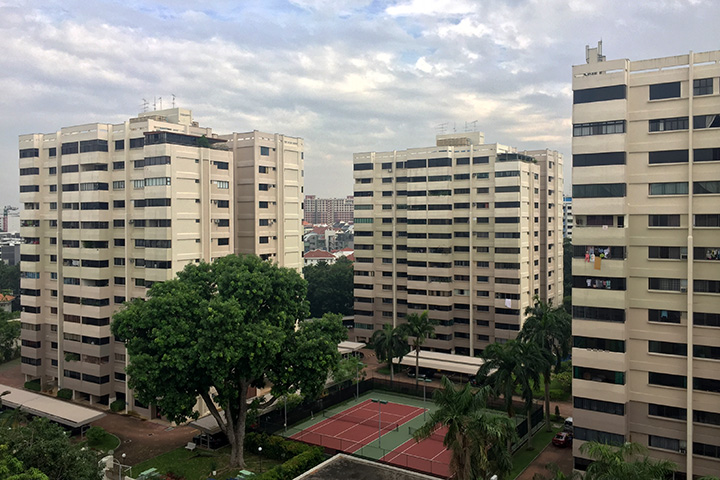 Having en bloc potential is not a sure sign you’ll hit the jackpot. Even when enough signatures are gathered, some collective sale attempts appear to have as much chance of going through as a US-North Korea peace deal. Many condos have proceeded to the tender stage, such as Faber Gardens, Windy Heights and Casa Meyfort (just to name a few), only to find a lack of interested developers at their stated reserve price.

If you’re not aware of the failures, that’s because the story of the en bloc fever is written by the victors. Only successful en bloc tender attempts get trumpeted in the press. Property agents vested in en bloc sales erase mention of projects with failed tender attempts on their websites. These unsuccessful attempts, such as the six out of 14 tenders so far in May 2018, never get heard of again in public (like a neighbour’s child who failed PSLE).

So, in case your en bloc fails (touchwood!), you’re not the exception to the rule. As time goes by and the fever cools, we’ll have a more circumspect view. For now, here are some reasons that may cause a developer to throw in the towel. (And no, it’s not your neighbour’s fault.)

#1: There are plot ratio restrictions

For cities, there’s a system called the plot ratio to control the density of built-up areas. The plot ratio determines the maximum allowable floor area in a given plot of land, thus influencing factors such as the overall height* of developments in an area and the number of residential units that can be built.

In Singapore, the Urban Development Authority (URA) has revised certain plot ratio upwards over time. Certain developments may also have been built before the plot ratio system was fully implemented a few decades ago. Either way, developers are eyeing old condos with under-utilised plot ratios. This is because, on an under-utilised plot of land, developers can build more residential units than is already there. This means a potentially greater profit margin.

But, in many cases, the existing property’s plot ratio is already maxed out, and developers cannot capitalise on development gains (by building more units and/or taller residential blocks etc.). In other words, the en bloc potential of such a property is as good as zero.

*There are also places with height restrictions that are much lower than others. For example, buildings near Paya Lebar Air Base and Changi Airport in the East have a height restriction imposed on them for aviation safety. This may deter developers wanting to build high to maximise profit (i.e. in the West).

#2: There are traffic restrictions

Here’s another killer of en bloc potential. Starting November 2017, real estate agencies (or any relevant party) involved in a collective sale must engage an experienced traffic consultant to assess the impact of redeveloping en bloc site and recommend a “car-lite” development proposal, according to the URA. This is to ensure that any future development would not strain existing road networks and cause congestion in the neighbourhood.

Called the Pre-Application Feasibility Study (PAFS), the assessment would need to be submitted to the Land Transport Authority (LTA). What this means is, if your condo is located in an area with only single-lane roads (e.g. Windy Heights), LTA may override the URA-prescribed plot ratio and prescribe an even lower number of dwellings that can be built, effectively waving your en bloc goodbye.

#3: Additional charges are too prohibitive

To ease the en bloc fever, the URA raised the development charge for developers in February 2017 by an average of 22.8%. For the en bloc of 99-year lease properties, developers additionally have to pay to top up the lease. Taking the 99-year leasehold Mandarin Gardens as an example, the development charge and lease top-up fee would amount to $1.28 billion and S$325.4 million respectively.

Cynics might say that increasing the development charge is just the government wanting a finger in the lucrative en bloc pie. But many of these cynics are the same people who are hoping for their condo to go en bloc. They know that the increase in development charge not only makes developers more picky about which projects to bid for, it also lowers their overall bid price.

En bloc developers are also subject to time restrictions, which may cause them to shy away from condos sitting on too big a plot of land.

The two time restrictions are the Additional Buyers Stamp Duty (ABSD) and the Qualifying Certificate (QC). The ABSD is a tax that developers would incur if they do not build and sell all of the units within five years of obtaining the land. Under QC rules, foreign and listed developers get two more years to sell off the units built. Exceed the time period, and the developer would have to addition extension charges on the unsold units under the QC rules.

Now, the equation is straightforward: the larger the parcel of land, the more time it would take for developers to complete the project. They would also need to sell more units in the same period of time. So, not wanting to risk incurring a hefty tax and monetary penalties in a competitive market, en bloc developers may increasingly shun larger plot sizes, hence lowering the en bloc potential of large condos such as Faber Gardens and Mandarin Gardens.

#5: There’s too much competition

This is a simple one. Developers are less likely to fork out huge sums for an en bloc if the area screams an oversupply of condos. (We’re looking at you, East Coast.)

In areas where there are condos everywhere you turn, en bloc developments face stiff competition; even if these other condos are older. For one, en bloc developers are acutely aware that potential investor/landlord types may turn away from projects that have too much competition in terms of rental supply.

Not only that, the developers know they can’t afford to build their new condo units the same size as the older condo units. Particularly for freehold en blocs in a predominantly freehold condo district, the developers know full well that potential buyers could easily be swayed by viewing bigger condo units in a neighbouring project (as a difference in age doesn’t really matter). By the way, this may — or may not — be the reason why the a showflat and sale site for a newly-launched Marine Parade condo is located a full two kilometres away from the actual site.

En blocs are more likely to happen when the land value of the site increases and far exceeds the value of the existing buildings that sit on it. Sometimes, that just isn’t the case. There are parts of Singapore that have been largely unchanged for decades and have no significant improvements in infrastructure, for instance. (Note that a sudden influx of hipster cafes won’t raise land value beyond the price of a cuppa or two.)

Even though the land value of an old condo hasn’t risen much throughout the years, it’s often hard for owners to see this objectively (in part due to the non-stop trumpeting of successful en bloc projects sold at princely sums). Wearing rose-tinted glasses could result in self-sabotage: owners collectively ask for too high a reserve price, or rebut otherwise fairly valued bids — killing their own en bloc potential.

#7: Developers know more than you do

Developers know that, with the Buyer Stamp Duty (BSD) and the Additional Buyer Stamp Duty (ABSD) that property buyers must fork out, they would need to price the units low enough for buyer to bite while still earning themselves a healthy profit (which also explains why condo units are getting smaller). Developers also know how well new launches are doing, where the demand is coming from, and have all the necessary data and trends available to them thanks to real estate research firms. Developers can smell a genuine en bloc potential from miles away, but they can also as easily smell a dud.

In other words, if your en bloc does not go through even if you have the required number of signatures, it’s simply market forces at play.

The lesson? For both owners and buyers, it’s important not to dwell on en bloc potential.

Most likely, an unsuccessful en bloc attempt is the combination of more than one of the above factors. So, if your investment plans end with “and then I become a millionaire from the en bloc”, stop right now. If you’re thinking of cashing in on a still-hot property market, don’t be distracted by speculative talk about your condo. Instead, focus on your specific unit and assess your options — any fantasies of en bloc might just be distracting you from actual gains.

If you found this article helpful, 99.co recommends What happens after the en bloc craze dies down? and What determines the value of an en bloc property?