In a never-ending quest to combat Singapore’s limited land area, the HDB launched multi generation HDB flats (or otherwise called 3Gen flats) a while back in a bid to encourage three generations in a family to live under one roof. However, these four-bedroom, three-bathroom flats have not been well-received, with young couples preferring to live on their own after marriage. Still, there’s no denying that a multigenerational home can be a cost-effective way to keep everyone off the streets. Here are some reasons you might want to opt for one… or not.

No: Fear of conflict

One half of every couple that moves into a multi generation HDB will be living with their in-laws. Which, when you actually think about it, can be a nightmare. At a housing discussion held by the MND, young couples cited the fear of conflict with their parents and in-laws as a key reason for preferring not to purchase a 3Gen flat. In fact, while many aged parents expressed a wish to live closer to their children, most were not in favour of the whole clan living under one roof. And let’s face it, many people in Singapore get married just so they can move out of the family home anyway. Plus, at a modest 115 square metres or so, these flats don’t offer each member of the family a great deal of privacy. 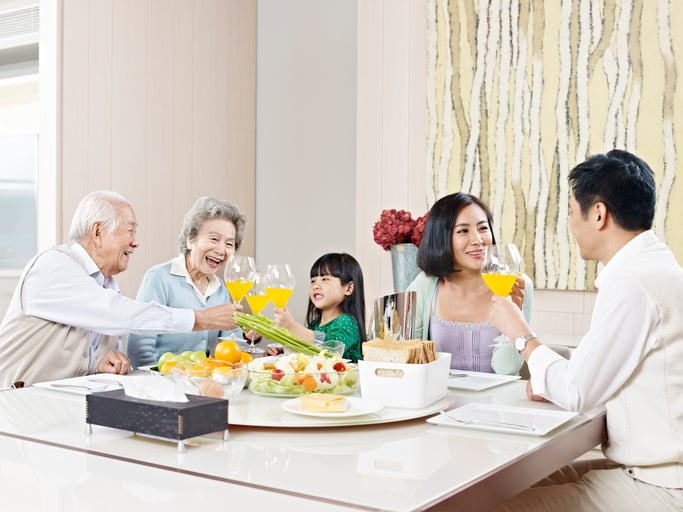 No: Can only be resold to multi-generation families

The take-up rates for multi generation HDB flats have been fairly poor, which gives potential purchasers every reason to be apprehensive that they’ll have trouble disposing of their flats on the resale market. This is because after fulfilling the 5 year Minimum Occupation Period, if you wish to sell your flat on the open market, you can only sell it to other multi-generation families.

No: No subletting of rooms allowed during Minimum Occupation Period

If you have a 3 room or larger non-multi generation HDB flat, you can start subletting your bedrooms immediately after you purchase it, although you may not sublet the entire flat until your Minimum Occupation Period is up. However, with a multi generation HDB flat, in order to prevent people from pretending their aged parents will be living with them and then trying to run a hostel on the sly, you are not allowed to sublet any rooms until the 5 year Minimum Occupation Period is up.

If you’re sick of waiting years to be allocated a BTO, balloting for a multi generation HDB flat can increase your chances of getting a flat before you die of old age. By applying under the Married Child Priority Scheme, you’ll be getting extra ballot chances. A first-time applicant living with their parents gets 6 ballot slots, 3 times the number of chances a regular applicant not applying under the MCPS receives.

The chance to save money by sharing resources with your parents is one huge draw of moving into a multi generation HDB flat. Couples with young children will feel this added convenience more acutely, as their willing parents can mind the children, thus obviating the need for costly childcare. Being able to take turns cooking and doing housework saves time and effort. In addition, costs on wifi, furniture and household appliances are shared amongst more people, which makes them more cost-effective purchases.

If you are purchasing a 3Gen flat, you are eligible for the CPF Housing Grant For Family, which is what those who are applying to live near their families receive. In short, you get $10,000 more than those who are eligible only for a regular CPF Housing Grant – maximum of $40,000 (for two Singapore citizens) or $30,000 (for one Singapore citizen and one PR), as opposed to the $30,000 or $20,000 they would otherwise receive respectively.

If you enjoyed this article, you might be interested in 3 things to consider before saying “yes” to a 3Gen HDB flat and 3Gen flats: Why they are becoming more popular than expected.