A divorce case involving a Yishun Build-to-Order (BTO) flat set a precedent that will determine the manner in which a matrimonial HDB home is split. The High Court judge that presided over the case ruled against the woman who argued that her ex-spouse should sell his share of their HDB flat at its surrender value instead of market value.

The case went to the High Court because the original 2018 verdict in the family court, which ruled that the woman be given the first option to buy out the husband’s share of the matrimonial flat as part of the division of assets, did not specify that the share of the flat be considered in terms of market value.

As a result, the woman attempted to demand that the man sell her his share of the flat based on its surrender value—the price at which a flat is sold back to the HDB. The surrender value of a HDB flat is typically much lower than the market value.

The couple’s Yishun BTO flat, which was bought jointly in August 2014 for $371,500, had a surrender value of $352,925. Yeo & Associates managing director Beatrice Yeo, whose law firm represented the man, noted that the BTO flat had a certified market value of $545,000 early last year.

While their age is not revealed, the couple have reportedly been married for seven years with two young children, and are former flight attendants. Notably, the initial court verdict did not compel the couple to sell the flat.

“Market value a more accurate indication of real worth of the flat”, says Judge

Taking his case to the High Court to appeal against his ex-wife’s demands, the man argued that selling his share of the flat at its surrender value means that he would be doing so at a discount.

The judge, Judicial Commissioner Tan Puay Boon agreed, and held that the flat be valued at the prevailing market price as the ex-wife would otherwise have an “unfair gain” in buying out the husband’s share at a lower sum.

“The surrender value would only be an accurate estimate of the flat’s value if it was actually surrendered to the HDB, which is unlikely to be the case,” said Judge Tan.

He added that the market value would be a more accurate indication of the real worth of the flat.

Judge Tan subsequently ordered that the flat’s valuation should be determined based on its market rate in September 2018, backdating the valuation to the time when couple’s ancillary matters were brought before the family court district judge.

A landmark ruling for a divorce case

Successfully arguing for the husband, Ms Yeo said that the High Court’s decision on his client’s appeal is significant becase it is “the first such ruling”.

The judge’s verdict made clear the how a flat should be appropriately valued if it is still under the MOP, she said.

It remains to be seen if the wife would still be willing to buy over the ex-husband’s share of the flat, following the verdict against her.

Do you agree with the verdict of the High Court judge? Share your comments below!

If you liked this article, 99.co recommends Divorce and matrimonial home: How the Court might split up a property and Your BTO breakup will cost you up to $78k

Looking for a property? Find your ideal home on Singapore’s most intelligent property portal 99.co! 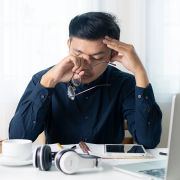 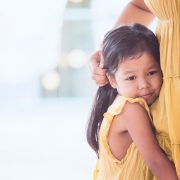 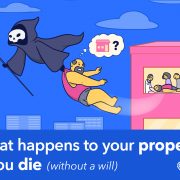