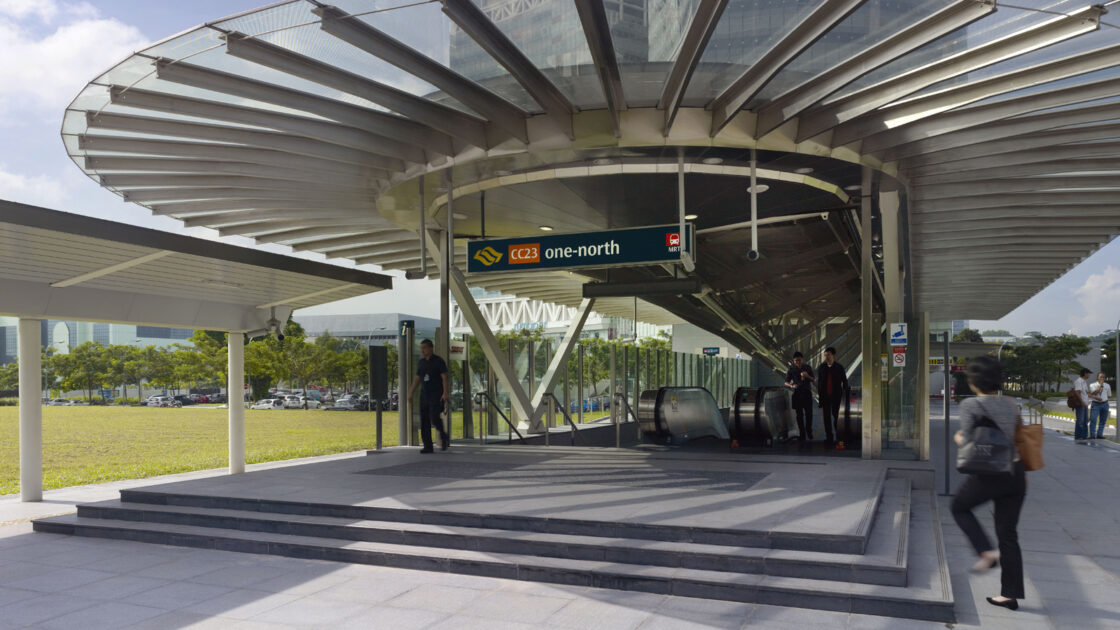 “You should buy this property now – its price will probably go up after the opening of the nearby new MRT stations in 2/5/8 years!”

You might hear property agents repeat the above line many times if you went condo hunting in a neighbourhood slated to have new MRT stations in the near future. After all, there seems to be a widely-held assumption in the Singaporean property industry that new MRT stations can influence property prices in two ways:

(1) prices of properties near an MRT station increase significantly in the years following its opening.
(2) proximity to an MRT station enhances the overall value of a property.

In the spirit of such conventional wisdom, and with a whopping 26 new MRT stations scheduled to commence operations between 2017 and 2020 on the Downtown and Thomson-East Coast Lines, many property buyers will be wondering how this will affect the future value of properties located around these new MRT stations.

Does having a station really matter: Setting up the experiment

For simplicity, we have decided to look at only a specific subset of transactions: sales for condo units between 1,000-2,000 sq ft. In terms of time frame, we have also restricted them to transactions that took place between 5 years before and after the opening of each station.

With these transaction records, we then compare their PSF (price per square feet) against the national average, adjusted for the national PPI (property price index). Let’s suppose that the PSF of a condo near a station was $2,000 in January 2005. If the PSF for non-landed properties in that quarter grew by a national average of 1 percent in that quarter, then we should expect the PSF for that condo to grow to $2,020 ($2,000 * 101% = $2,020) for that time period quarter.

Of course, the assumption here is that prices of properties near the 7 MRT stations we were studying were growing at the same pace as the rest of the country. If its PSF gets higher than that, then its growth is outstripping the national average.

Analysing the data for properties near new MRT stations

In table 1, you can see how the PSF growth of each MRT station compares with the national average in the years leading up to and after their respective opening years.

In table 2, the columns are rearranged into two categories: transactions for condos located less than 1km, and condos located between 1km and 2km away from the MRT stations.

If we were to take the figures from table 2 and split them into 4 quartiles, we’ll get the following averages, as depicted in table 3:

(i) Prior to opening of an MRT station, for condos located less than 1km away from the MRT station: a -5.9% fall in prices

(ii) Prior to opening of an MRT station, for condos located between 1km-2km away from the MRT station: a 5.5% increase in prices

(iii) After the opening of an MRT station, for condos located less than 1km away from the MRT station: a 8.9% fall in prices and

(iv) After the opening of an MRT station, for condos located between 1km-2km away from the MRT station: a 1.1% rise in prices

The PSF growth for condos near these MRT stations were, on average, less than the national trend prior to their opening but then grew faster after they opened. The difference is also more stark for condos located less than 1km away from the stations vis-a-vis those located 1km to 2km away. This suggests that there is a bit of truth to our earlier hypotheses: that property prices near an MRT station increases significantly in the years following its opening, and that proximity to an MRT station enhances the value of a property.

Presence of other influential factors

However, we say, “a bit of truth” because the average percentage differences are rather small. Tables 1 and 2 also depict rather erratic trends. The PSF of condos located near Kovan MRT station, for example, actually grew slower than the national average after its opening. Meanwhile, the PSF for condos located further away from Farrer Park and Little India stations actually grew faster than those located near these stations.

While we have not delved into the data to investigate the following occurrences in further detail, we speculate that whether the opening of an MRT will have any substantial effect on the prices of nearby properties is also dependent on the following factors:

If public transport options already abound in that area even before the MRT station opened, then it wouldn’t have as much effect in terms of catering to prospective commuters.

Some areas, such as Boon Keng, saw little human traffic until the opening of an MRT station spurred residential and commercial development in the area. For areas which are already densely populated and have relatively new infrastructure, however, the presence of an extra MRT addition would have minimal impact in terms of developing the area.

(iii) The location and density of condos around the MRT station

Some MRT stations, such as Lorong Chuan, have several condos concentrated right next to the station. For some other stations, however, most nearby condos are located outside the 1km radius, are and thereby no longer within walking distance for many of residents of those condos.

Overall, the data is rather inconclusive, and while there is some *slight* increase in property price growth relative to the national average for condos located near MRTs, the opening of MRT stations is hardly a reliable indicator for the growth in price of nearby properties.