Every day, 99.co takes a piece of property jargon and demystifies it. Today, we’re looking at stigmatised property:

What is a stigmatised property?

A stigmatised property is one that’s undesirable due to non-demonstrable flaws. In other words, there is nothing physically wrong with the property, or its location. The undesirable quality can arise from:

Regardless of whether you believe in these things, other buyers or tenants might. As such, they can have a real impact on the price and rentability of the property.

An important note about stigmatised property, SSD, and MOP

The SSD is usually not an issue for most home buyers. Most people don’t sell within three years. However, the SSD can aggravate problems when a property is already stigmatised. For example, say a buyer is a little superstitious; he believes that a property really could be “unclean” because the previous owner committed suicide, or was murdered.

Should he purchase the stigmatised property, what would he do if his worst fears come true? Due to the SSD, he would be faced with a massive stamp duty, were he to try and sell the place and move on. As such, he is even less likely to buy, given that the SSD could financially lock him into a “dirty” property for three years.

This is also true with regard to the Minimum Occupancy Period (MOP) for flats. You cannot sell a flat on the open market until you’ve lived in it for at least five years; and we’re pretty sure HDB doesn’t accept hauntings as an acceptable reason.

How do properties lose their stigma?

Here’s the upside: you don’t need to do anything to fix it.

For murders, suicides, etc., the simple cure is time. For example, there was a point in time when people were worried about Bishan, because a lot of the neighbourhood is built over exhumed graves. Today, almost no one cares about it anymore (we discussed this in a previous article).

Simply put, people’s memories are limited. A few months or a year from now, most people won’t recall the exact unit or block where a murder took place; no matter how widely publicised it was.

But here’s the downside: there’s nothing you can really do to fix it, while the memory is fresh. You’ll just have to wait till the collective memory fades, however long that takes.

Some property sellers, however, also take extra steps. For example, they might get a medium to “cleanse” the place, or some have even applied to change a unit’s number if it’s permissible (e.g. changing 44 to 43B).

Another alternative is to clean the house physically, because some sellers know about…

The correlation between poor maintenance, and stigmatised property

Among professionals in the property market, it’s long been recognised that stigmatisation can be a side-effect of poor maintenance.

Simply put, it’s the shabbiest, most run-down houses that are accused of being haunted (physically dirty = spiritually dirty, in the minds of many). Even if there was no murder or suicide, people tend to make up such stories about run-down houses.

Sometimes, a fresh coat of paint and general cleaning is all it takes to make a “haunted house” look welcoming again.

Does a property agent have to tell you whether a murder took place there?

The rule is “when it’s relevant”. In practice, this means the property agent probably won’t bring it up voluntarily. But if you ask about such issues, they’re not supposed to lie; if they know for a fact that it happened, they need to tell you the truth.

(It’s a different matter if the seller didn’t disclose this to the property agent).

As for questions about Feng Shui or hauntings, you’re better off asking someone with a background in mysticism / spirituality. There’s no way for your property agent can objectively tell you whether a house is haunted (the law has no provision for the supernatural). 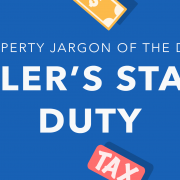 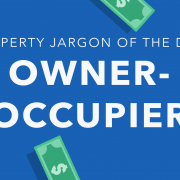 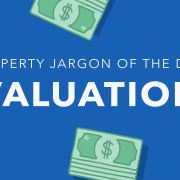 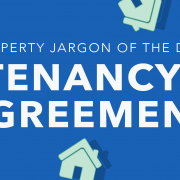