99.co commentary: Is property the reason why Singapore is not among the happiest countries in the world?

As we near the end of Q1 2018, we take a look back and see how the year has started on a happy enough note: Singapore’s GDP grows 3.5% in 2017, salaries are expected to rise 3.9% this year. The stock market continues to close at new record highs. An en bloc deal is closed every other week, the latest being the second-largest ever recorded sale of Pacific Mansion at S$980 million.

Singaporeans have all the reasons to be happy. Still, Singapore ranks only 26th in the United Nation’s 2017 World Happiness Report, dropping four positions from the previous year.

According to a 2015 study by the WHO (World Health Organization), Singapore has the highest depression rate in Asia. The Institute of Mental Health revealed that there was a 20% increase in cases of major depressive disorder between 2014 and 2016.

Singapore is known for its stable economy, world-class infrastructure, excellent housing, education and healthcare systems that many countries envy. Yet, why can’t Singaporeans be happy?

Fear and worry take happiness away

Home ownership rates increased from 58.8% in 1980 to 90.9% in 2016. Singapore ranks higher than any country occupying the top 25 spots of the World Happiness Index. We are fortunate to own the roof over our heads.

However, let’s take a look at it from another angle: most of us toil for decades to meet the monthly mortgage repayments. More often than not, interest rate hikes, a weak economy and corresponding fluctuating employment rate keeps us up at night. Along the way, we fear that something will go wrong. Perhaps it is this constant state of anxiety that keeps us from getting the most out of the present moment. 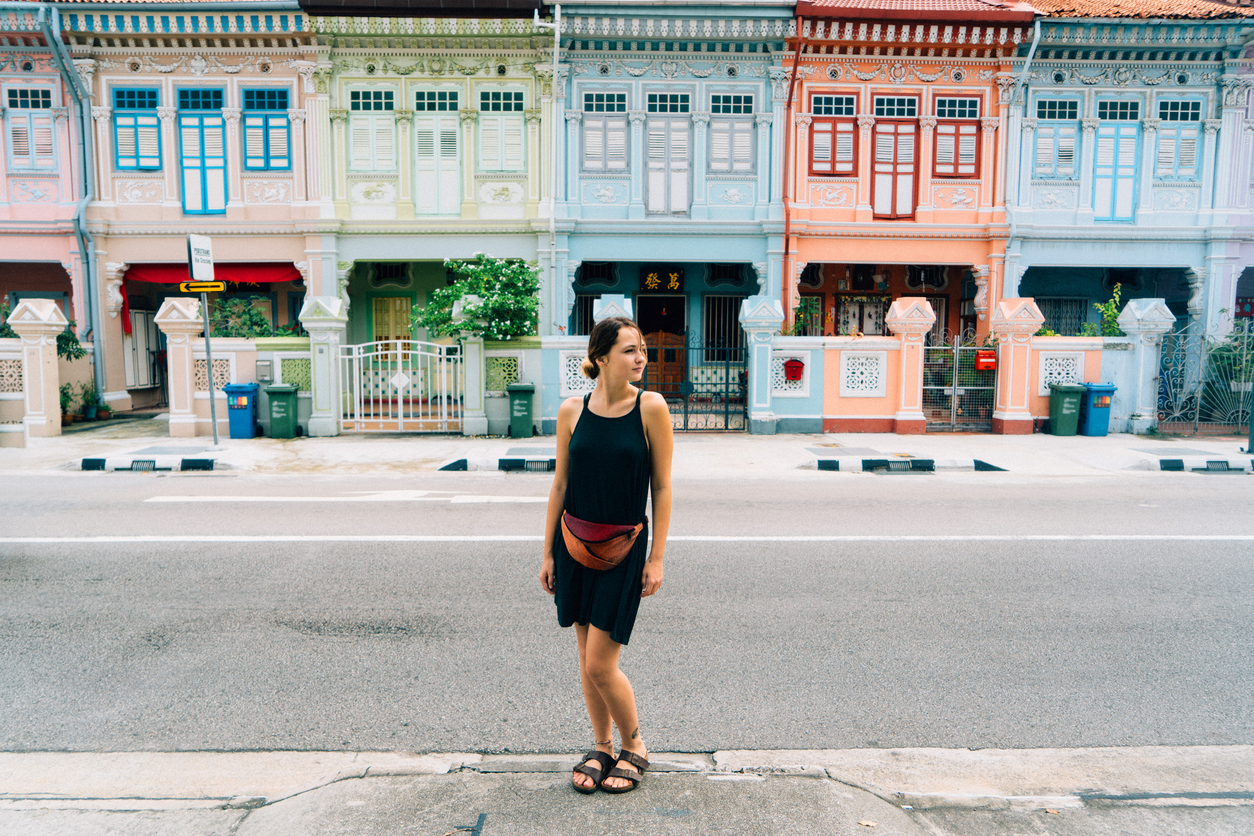 “Worry never robs tomorrow of its sorrow, but it always robs today of its joy!”
–Leo Buscagbia, American author and motivational speaker

As such, do we really have the freedom to choose to follow our dreams?

The pressure to keep up with the Joneses

Many Singaporeans believe that they have no choice but to work hard to keep pace with the accepted standard of living. A local in the middle class income bracket may be comfortable staying in a 4-room flat. More often than not, the pressure sets in when an army buddy mentions that he recently applied for an EC, or when a colleague upgrades to spanking, new condominium.

As such, society’s unhappiness level is not related to how poor it is, but rather how big the gap is between the ‘haves’ and ‘have nots’. There were 3,375 en bloc owners recorded in 2017. According to Singstat’s General Household Survey 2015, this is less than 2 per cent of the total number of households living in condominiums (170,800) and other apartments. In terms of the total households in Singapore (1,225,300), it is a negligible 0.28 per cent.

The higher our income, the happier we are?

The Monetary Authority of Singapore produced the TDSR (Total Debt Servicing Ratio) in 2013 to evaluate the affordability of homebuyers. The higher our income, the bigger the loan we can borrow from the bank, the bigger the house we can buy.

The Better Life Index of OECD (Organization for Economic Cooperation and Development) measures life satisfaction every year. Although US households have the highest average disposable income, the country only ranks 14th in its life satisfaction rating.

Another study by Princeton University showed that the statement ‘the higher our income the happier we are’ is valid only up to the salary of $75,000 a year. After that, the relationship between income and happiness disappears.

Meanwhile in Asia, China’s GDP has a five-fold increase in the last 25 years. Despite the rise in income level, China experienced a decline in happiness. According to the 2017 World Happiness Report, unemployment, diminished social safety nets and rise in material aspirations are reasons for the decline.

On the other side of the coin, social and institutional factors (having someone to count on in difficult times, donating, trust in government and business, freedom to make life choices) are 16 times more impactful than increasing income!

Tom Rath and James Harter talked about the “comparison dilemma” in the book Wellbeing: The Five Essential Elements. Findings from an experiment proves that an ideal income level is relative only.

Considering the following two scenarios, and assuming the same purchasing power in both, which one would you choose?

Using a classic model, everyone should choose an income of $100,000 over $50,000. Instead, nearly half the people presented with these options pick the lower salary of $50,000 a year. They choose to make half the total income as long as it is double the income of their peers. It seems that the amount of money we make or the size of our home is less relevant than how they compare to others’ income and possessions. This plays out in the decisions we make every day, and that poses a real dilemma. 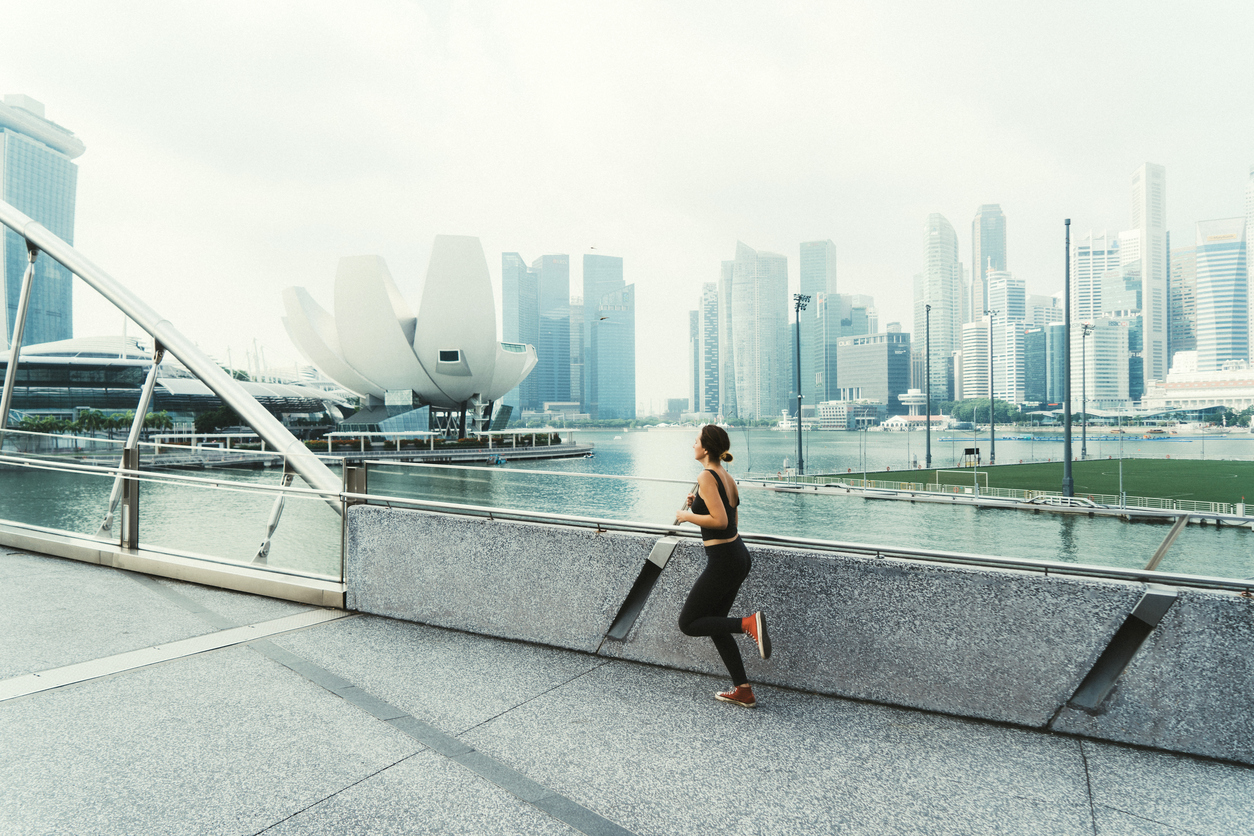 In 2013, I attended the seminar “Pursuing Happiness – Unravelling the Truth”. During the group discussion, a gentleman at our table commented, “If I had one million, I would be happy.”

Yet I’m sure some of us have experienced this before: The day your net worth crossed one million, you didn’t feel much at all. It reminded me of a Quora post ‘How happy are Singaporeans?‘.

“I think a sizeable number of working age Singaporeans are downright miserable, especially those in the middle or upper-middle income bracket. A significant portion of our unhappiness stems from our inability to be content. We are a highly materialistic society that is perpetually unable to stay content with our possessions. Our success has blinded us to what we have and we are in constant motion of wanting more as though that it is our birthright to have more. A bigger house, a more expensive car, an elite school for our children, more exotic holidays, having a privileged banking account. I think the older generation, who are now mainly retired, were a more content bunch.”

When we don’t own property, we desire a HDB flat subsidised by the government. While we are paying off the mortgage, we pray for HDB prices to go up faster so that we can upgrade to a condominium. When property prices are climbing, we immediately do a trade in for a bigger home. When the collective sale market is hot, we are eager to sell our home for sky-high prices. At what point is it ever “enough”? This is something we have to decide for ourselves, and not use somebody else’s property size as a yardstick. As cliched as it may sound, the quality of relationships, our respective life purpose and the legacies we leave behind should be the factors contributing our happiness quotient.

Who knows? You may even be more happy than him!

Enjoyed what you’ve read? We recommend reading The flat is old — but it is gold and Property investment: Are potential profits an illusion?