Novena Global Healthcare (NGH) co-founder Nelson Loh has been making the news for a lot of things in less than a year. This includes making a bid to buy Newcastle United with his cousin and NGH co-founder Terence Loh, alleged doctored photos with Barack Obama, bankruptcy proceedings and most recently, leaving Singapore.

And now, three of his Sentosa Cove homes have been put up for sale. He recently sold off a fourth property he co-owns at a loss. It’s also reported that all of these properties are priced lower than the current market price to make them more attractive to buyers.

Here’s a closer look at the properties.

Based on these details, we figured that it may or may not be this villa at Kasara.

As one of the 13 villas at Kasara, it comes with a private pool and a cantilever lounge over the lake. It also has a view of the Serapong Golf Course, perfect for those who love the sport.

A second house that’s for sale is a two-bedder at The Oceanfront condo and is listed under bank sale at S$2.08 million.

We found six listings on our portal with the same details, so one of these units might just be Loh’s property.

Spanning 1,216 sq ft, two major highlights of the unit is that it comes with a private lift and balcony.

And over the past five years, the price psf of two-bedders at The Oceanfront have been increasing at 13.19%. So whoever manages to snag one of these units can expect further price appreciation in future.

The triplex penthouse on sale is also at The Oceanfront. Put on the market at S$4 million, it’s reported that Loh previously bought it for S$4.65 million. This means that the 3,218 sq ft penthouse is selling for S$1,243 psf.

Based on these details, we found four similar listings:

All are four-bedder units and come with a private pool and sea view.

So far the three-storey penthouse has around 30 viewings, and it’s reported that they have received the right offer this week.

Home that was sold: Possibly a three-bedroom unit

A quick search found that a unit of the same size is a three-bedder.

Looking at the past transactions in the last five years, the price psf for three-bedroom units have been going down as well, from S$1,525 to S$1,293.

Given the low selling price and robust private property market, we can expect the properties to be sold off quickly. Just like in mainland Singapore, property prices in Sentosa have been on the upward trend. The average price psf has been increasing from S$1,544 in 2020 to S$1,628 in 2021.

If you found this article helpful, we recommend How much do you need to buy a Sentosa Cove property? and Sentosa versus Orchard – which is better? 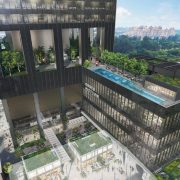 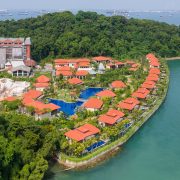 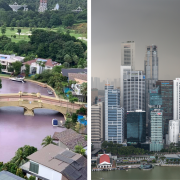 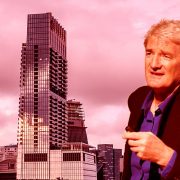