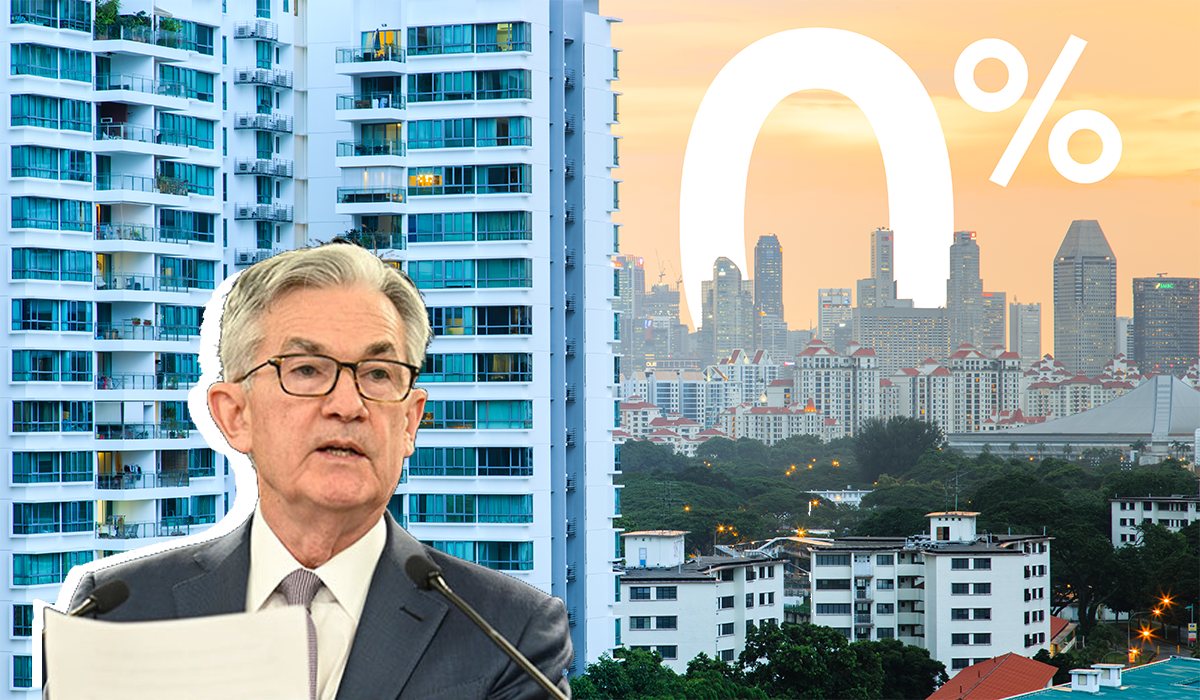 Home loan interest rates in Singapore are likely to remain at current lows for the next two years or even longer, after US Federal Reserve (Fed) chairman Jerome Powell announced on 10 June that it would hold Fed interest rates at “near zero” and maintain that level until at least the end of 2022.

At time of writing (June 2020), interest rates for floating rate home loans in Singapore are hovering between the 1.25 and 1.5% range, depending on the package.

The reason for holding Fed interest rates near zero is to stimulate the coronavirus-hit US economy, which is projected to shrink by 6.5% in 2020. “We’re not even thinking about thinking about raising rates,” Powell said. “What we’re thinking about is providing support for the economy. We think this is going to take some time.”

“For the next two to three years, the US economy is unlikely to recover to the point where home loan interest rates can start to hike,” said Paul Ho, Chief Mortgage Consultant at iCompareLoan. “The low interest rates could go on for even longer by up to five years while unemployment recovers.”

SIBOR, short for the Singapore Interbank Offered Rate, reflects how much it costs banks to borrow from each other. It is the mostly commonly used benchmark to set mortgage interest rate levels in Singapore.

SIBOR interest rates had begun falling in March 2020 following two Fed rate cuts in response to the Covid-19 pandemic. Since late-May, the 1-month SIBOR rate has reached a level not seen since the period of 2011 and 2013 (during which Fed rates were also at/near zero). The 3-month SIBOR rate, which averages out the rates from the past three months, is expected to follow suit.

Will home loan interest rates really fall like the SIBOR?

Even though the SIBOR might be dropping like a stone, this doesn’t mean that home loan interest rates will fall by a similar magnitude. Paul noted that local banks have been increasing their spread on floating rate home loan packages since March 2020, when SIBOR started to fall.

The spread refers to the additional interest rate that a bank would charge borrowers, on top of the cost of lending the money (i.e. the SIBOR interest rate). Paul cited United Overseas Bank’s 3-month SIBOR home loan package as one example. In March 2020, UOB’s spread for the first year of the three-year lock-in was 0.28%. This subsequently increased to 0.5%, 0.63% and 0.85% in April, May and June respectively.

HSBC, meanwhile, offers a home loan package tied to the 1-month SIBOR, which is more volatile and responsive to changes in the external interest rate environment. The bank also raised its spread as the 1-month SIBOR fell, from 0.45% for March/April to 1.0% for May/June. The current interest rate for that package stands at about 1.25% for May/June.

In light of the Fed’s announcement to hold interest rates near zero for the next two to three years, David added that there is now little to no reason for buyers and homeowners to take up or refinance to 3-year fixed rate home loans.

Banks, in the meantime, are trying to lure customers away from SIBOR packages with new offerings. DBS, for example, is offering a 5-year fixed rate package that guarantees a flat 1.5% interest rate. “The economy might pick up after three years, and interest rates could start to rise again by then, which would make a longer fixed rate package feasible on hindsight,” said David.

Noting that there are still borrowers out there who are “leaning towards fixed rate loans” for their stability, David concluded that longer fixed rate packages could hold enough appeal to buyers and homeowners averse to interest rate fluctuations and bank spread increases.

Which home loan package will you pick and why? Share your thoughts in the comments section below.

If you found this article useful, 99.co recommends 4 Must-Knows Before Refinancing into a Low-Interest SIBOR Home Loan and 4 sneaky ways a bank can exploit you when taking a home loan