Can Downsizing Your Home Give You $1,379 Per Month After Retirement?

By now, you’ve probably heard the news that you need $1,379 per month – minimum – to live well after retirement. Let’s look at the next part of this issue: can downsizing your flat at retirement provide this amount?

How did this figure come about?

According to some researchers from the Lee Kuan Yew School of Public Policy, $1,379 per month is what most elderly Singaporeans (aged 65 and above) need to live well. Note that this figure isn’t just for basic necessities – it includes lifestyle elements such as the occasional holiday, and the ability to afford some luxuries. You know, the “little” things that make retirement not feel like a long sting in Changi remand facility.

The figures given were:

– $1,379 per month for single elderly households

Think your house-as-retirement-asset can manage this for you? Let’s see:

Say you bought a four-room flat back in around 1995, when the price was about $170,000. (We’re using four-room flats in our example, because they’re one of the most common types of housing).

We do have some data over the past 15 years. We can see that four-room HDB flats are appreciating at – very roughly- four per cent per annum on average*. At the given rate, let’s hazard a guess that you can sell your four-room for about $540,000, come the year 2025. 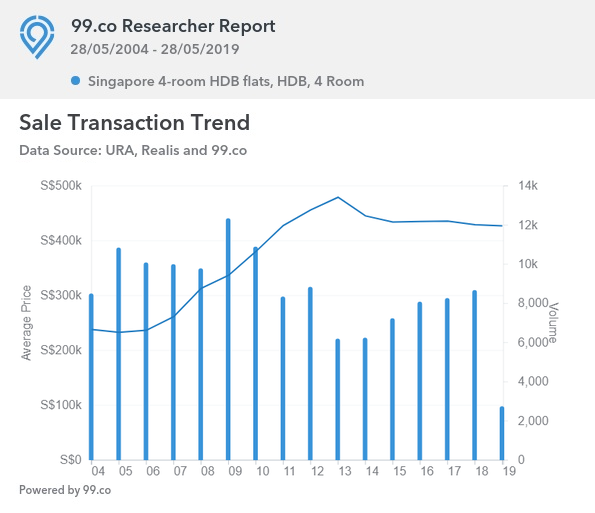 That doesn’t quite cover all of it

Assuming you take 25 years to pay the mortgage, that comes to roughly $220,000 to $230,000 in total paid for your flat. (We’re also keeping things simple, and excluding costs like stamp duties).

A sale would leave you with around $320,000 left over. But wait, you still need to buy another house.

So let’s say you choose the cheapest possible option: a short lease, two-room flexi-flat with 25 years left on the lease (assuming these still exist in 2025). The shortest you can take is a 25-year lease, as it must last till you’re 90. With luck, this might be as low as $45,000 (such prices are available today).

Deducting the cost of your flexi-flat, that leaves you with about $275,000 left over from the sale of your four-room.

So the flat sale alone didn’t do it.  Now it comes down to whether you have sufficient funds in your other retirement accounts / assets to cover the shortfall.

We don’t know how much people have in their CPF – but we can use the Basic Retirement Sum (BRS) as a guide. We’ll assume that most people can at least meet (or come close to meeting) their BRS. But how much will the BRS be in 2025?

Let’s use the high estimate, and say you manage to still have $114,500 tucked away in your CPF. This reduces the shortfall to about $24,200. That’s still a shortfall, albeit a small one.

In conclusion, you’re cutting it too close if you bank solely on your flat’s appreciation

If you want to rely on just your flat, we’d say you’re cutting it too close. Besides the small shortfall, a few big assumptions would need to hold true, such as:

Overall, we’d conclude that you shouldn’t bank on your flat covering your retirement.

But that being said, $413,700 isn’t an impossible amount for most Singaporeans to accumulate, over long periods like 30 years.

For example, if you set aside $500 a month for 30 years, and can grow it at five per cent per annum*, you should be able to reach about $418,000. For many Singaporeans, it should be possible to set aside this amount, and still pay for their flat.

As such, a decent retirement isn’t out of reach for the majority. But it’s time we started to look at our property as part of an overall retirement plan, rather than being the retirement plan.

Do you think your home appreciation can cover your retirement needs? Voice your thoughts in our comments section or on our Facebook community page.

*We can’t recommend any investment products; a financial planner can help you work out how to do this 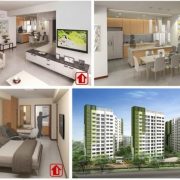 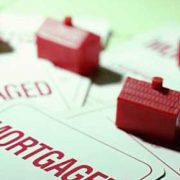 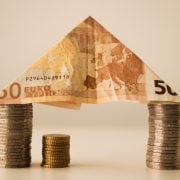 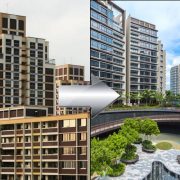