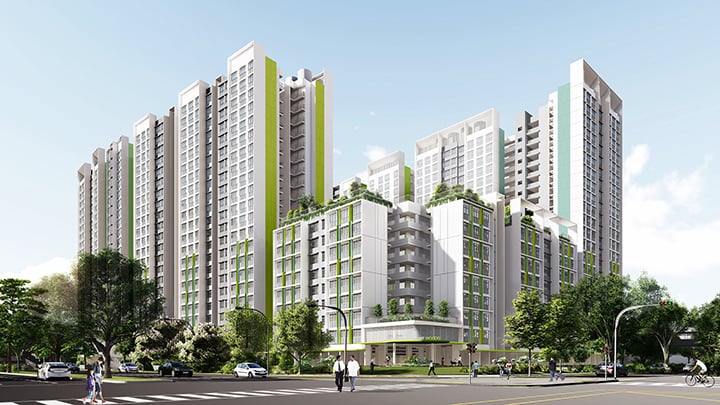 As far as HDB flats are concerned, they are being talked about for all the wrong reasons. But never mind, the August 2018 Build-to-order (BTO) sales exercise is open for applications, and all thoughts are on Yishun and Punggol — the two estates with new HDB flats up for sale this time round. In this article, we examine the pros and cons of staying in each estate, down to the details. 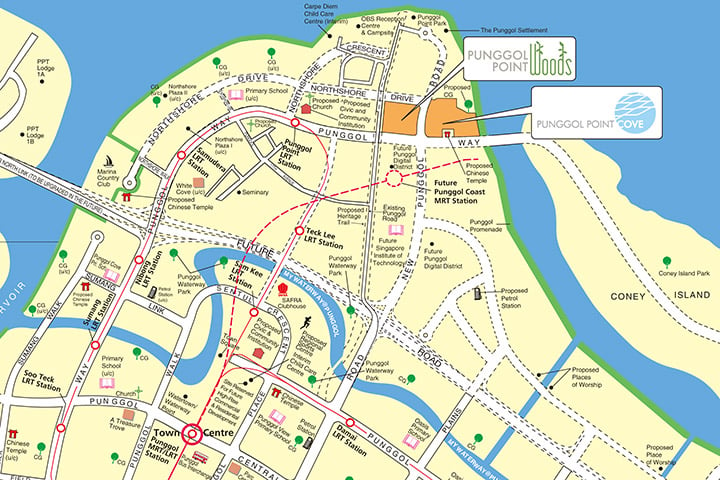 Before the launch of the two Punggol Aug 2018 BTO projects in the northern, yet to be developed part of the town, HDB launched a promotional campaign to highlight the attributes of both projects. Punggol Point Cove is undoubtedly the more hyped of the two as they have units that directly overlook the Johore Straits. Punggol Point Woods has the selling point of being situated along the existing Punggol Road, which will be turned into a pedestrian only “heritage walk” with a park running along both sides of the converted road — all the way to the Punggol Waterway.

Notably, both projects are located next to the planned Punggol Digital District, which puts them within a 3 to 5 minute walking distance of Punggol Coast MRT Station — the new northern terminus of the North-East Line come 2023. The station might arrive in time for the residents, but the Punggol Digital District is a project that will take longer to be realised. (That the Singapore Institute of Technology will establish its permanent campus there in 2023 could help speed things along.)

For both Punggol projects

Verdict: If you believe in the upside of the properties in this yet-to-be-developed area, or if you plan to live and work in Punggol, these two projects in Punggol are for you. That said, do visit the site a few times and consider the impact of Pasir Gudang on the quality of life for you and your loved ones. This is especially as Malaysia has been continuously enlarging the area’s operations with more petrochemical facilities to set up shop in the coming years. So, following your nose is as important as following your gut when it comes to Punggol North.

[Recommended article: 7 homeowners share the most important factor that influenced their BTO vs resale decision] 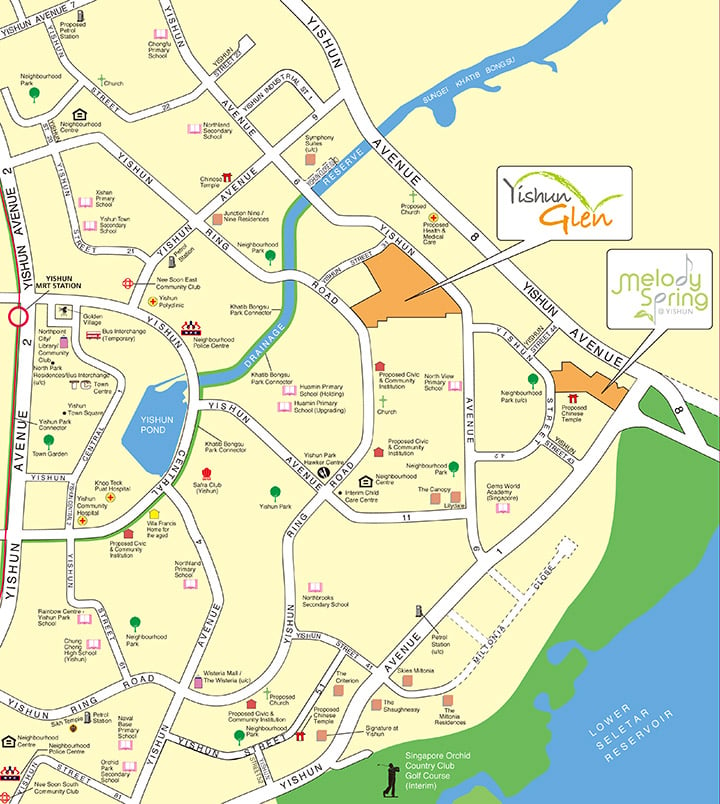 Unlike the Punggol developments that are right next to each other, the two Yishun projects are situated some distance apart. To put things in perspective, Yishun Glen residents will be 15 to 20 minutes away from Northpoint City and Yishun MRT by feeder bus, whereas Melody Spring residents will have to take at least 10 more minutes, which puts the latter project firmly in the inaccessible category.

Therefore, it’s frustrating to see that HDB has insisted on using a single price range for the two projects at this sales launch, although we foresee that actual unit prices between the two developments will vary by $50k or even more (for a 4-room unit) when selection time arrives.

Interestingly, for Melody Spring @ Yishun, half of the units there will only be launched in the next round in November 2018, and selection for units will also take place separately.

For both Yishun projects

Verdict: Although BTO prices are rising, the Yishun projects may still appeal to first-timers familiar with living in the North, particularly those who drive. That said, the small upcoming November 2018 BTO project at Canberra (310 units) might be more attractive, given the area’s up-and-coming status. We also foresee hordes of applicants dropping out of Melody Spring @ Yishun if they can’t get their preferred units at Yishun Glen, resulting in Melody Spring @ Yishun becoming one of the most unloved BTO projects ever (although we can think of more than a few others).

Have something to say about HDB’s Aug 2018 BTO launch? Voice your thoughts in the comments section or on our Facebook community page.

If you found this article helpful, 99.co recommends Quick Guide to BTO, SBF and Resale HDB Grants for Couples and 99.co’s guides: Buying a BTO – The process & procedures.

Applying for a BTO? Check out how resale flats compare on Singapore’s largest property portal 99.co!