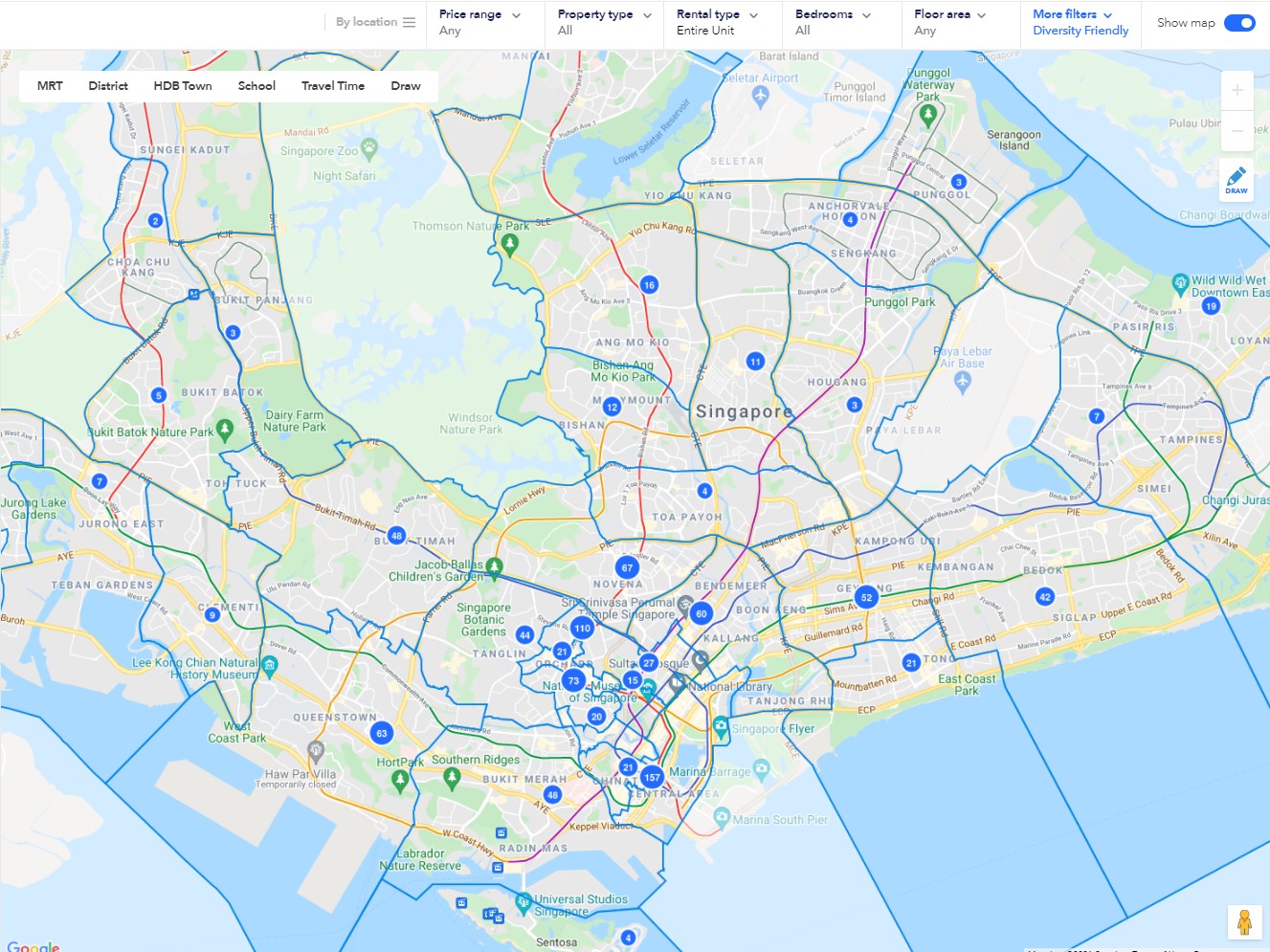 The recently announced new singles scheme is an effort for more inclusive housing opportunities. We take a closer look at how these changes affect LGBTQ+ individuals and what else can we do to make the housing landscape more equal for everyone.

Buying a house together almost doubles up as the official wedding proposal for most Singaporean couples. With the high demand for public housing flats in land-scarce Singapore, priority is given to families, since flat ownership for singles doesn’t appeal to the government’s social policy of encouraging marriage and preserving the traditional family unit.

Before 1991, the only option for singles was to buy from the private market or apply for a Housing and Urban Development Company (HUDC) unit, which typically came with a higher price tag. After 1991, singles above 35 were allowed to buy HDB resale flats but limited to three-room apartments in selected locations, making 35 the unofficial golden age for single adults to get a home of their own. In 2004, singles were allowed to buy four- and five-room flats at any location, and in 2013, singles above 35 were allowed to buy heavily subsidised two-room BTO flats directly from HDB.

Unless married, Singaporean singles have to wait until 35 to purchase a flat as a single person under the Single Singapore Citizen Scheme (SSCS) or two singles jointly under the Joint Singles Scheme (JSS). Under the schemes, they can buy a new two-room BTO flat in a non-mature estate (subject to an income ceiling) or an HDB resale flat of any size anywhere in Singapore (no income ceiling).

Common challenges for LGBTQ+ include HDB property ownership laws that are generally pro-family and favour traditional married couples with higher grants and fewer restrictions. The lack of a legal marriage contract between LGBTQ+ partners can often create legal grey areas.

Often, LGBTQ+ individuals who rent a place prefer to remain in the closet for fear of discrimination by landlords or housemates. Sidenote: 99.co lists rentals with an option to search by diversity-friendly landlords.

Even after each applicant is at least 35 years old, LGBTQ+ singles or couples can only choose the smallest flats: 2-room flexi flats (36–45 sqm). These flats include a master bedroom, a kitchen, and a storeroom. This is a far cry compared to a regular, spacious 4-room flat (90 sqm) available for straight couples, which has two more bedrooms, an extra living/dining area, an extra common bathroom, and an additional service yard.

Even then, many experience difficulties getting their preferred location.

Another stipulation is that to qualify for BTOs, the household’s total monthly income cannot exceed S$9,000. If they opt to buy a resale flat, they’ll typically be paying a higher price than a BTO – plus, the property would come with a shorter lease. The only other option to owning their own home is buying a private property. However, this isn’t realistic for everyone since private properties usually cost anywhere between SS$500,000 and SS$1,400,000 more than a BTO flat. Down payment alone requires 25% of the property price or value from the CPF account, which is enough to buy an entire BTO flat.

There is always the risk of instability with renting. LGBTQ+ Singaporeans are at higher risk of (perfectly legal) eviction, as standard tenancy agreements feature a clause allowing landlords to terminate the lease should tenants use the flat for any illegal purpose or activities of an improper nature.

However, there have been efforts in recent years to help singles, including single unwed parents and divorcees. Based on data from the Department of Statistics, marriage rates have been on a downtrend. Fewer couples got married in 2019 compared to 2018, and divorces have gone up.

Over a longer-term period, it also showed that Singaporeans are marrying later, and Singapore’s total fertility rate has also been steadily declining, going from the replacement level of 2.1 to only 1.1 in 2020.

In March earlier this year, The Ministry of National Development (MND) announced a new pilot scheme, where low-income singles looking to apply for public rental flats won’t have to find a flatmate first or be married to be eligible for public housing.

Currently, only two or more singles can apply for a public rental flat together under the JSS.

He also shared that HDB will set aside a few floors in a few rental blocks to cater to applicants under this alternative JSS model to improve current regulations, similar to the JSS rents with the same eligibility conditions.

“Most single tenants are prepared to share a flat with a flatmate,” said Assoc. Professor Faishal. “Flat-sharing enables companionship and mutual support, which is especially important for older tenants. It also allows us to help as many who need a public rental flat as possible, within our limited resources.”

Many LGBTQ+ singles and couples feel that further bringing down the eligibility age for BTO flats to 33 or 34 years might be helpful, as many people are getting married later now but would still like to move out of their parents’ homes earlier. During last year’s General Election, the Worker’s Party had recommended lowering the minimum age to 28 years.

While this is up for debate, there’s no denying that singles and especially the LGBTQ+ community, being taxpayers as much as everyone else, should get their fair share when it comes to viable options to have a roof over their heads.

If you found this article helpful, 99.co recommends The LGBTQ+ Guide to Buying and Renting Property in Singapore [2021 update], 99.co celebrates diversity in support of Pink Dot 13 and Below 35, Single, Desperate, and Looking to Move Out. How Ah?