In 1991, there was a Concept Plan where one part of it, dubbed the “Long Island plan”, envisioned reclaiming a series of land along the East Coast beachfront for housing and leisure over the next 50 years.

The Concept Plan, or Past Long-Term Plan, began in 1971 and was meant to steer the strategic land-use and transportation plans to transform Singapore into a developed nation after gaining independence in 1965.

This Plan saw further iterations later on in 2001 and 2011. Instead of a series of reclaimed land in these versions, the entire East Coast offshore stretch is now planned as a reserve site with a central waterbody and possible future reclamation.

By 2013, the 2011 Concept Plan became part of a long-term viability study known as the Land Use Plan. Together with the controversial (or much-debated) Population White Paper, the goal was to look into Singapore’s living environment and infrastructure to support a population of 6.5 to 6.9 million by 2030.

Eventually, the strategies and proposals from the 2011 Concept Plan were detailed in the URA Master Plan 2014 (and later, 2019), which continue to guide our land use development over the next 10 to 15 years.

While population growth and sustainability formed the basis for the original Long Island plan, the idea of land reclamation along the East Coast shoreline resurfaced in 2019 – when Prime Minister Lee Hsien Loong cited another reason for it – to protect the East Coast from rising sea levels.

In his 2019 National Day Rally speech, he shared the possibility of building “polders”, or reclaimed and redeveloped land, usually below sea level, where seawater is pumped out into the sea beyond the protective confines of a seawall.

An example he gave was how the Netherlands was able to reclaim and redevelop tracts of land below sea level by building dykes, drainage canals and pumping stations behind a series of seawalls.

While polders form one possible solution, PM Lee also offered a second alternative where a series of land-reclaimed islands along our coast are bridged across with reservoirs and barrages. This seems like a higher possibility because part of this area can be converted into a reservoir (remember that waterbody site in the Long Island plan?).

This second alternative is similar to our current Marina Barrage (yes, the one with that green space for Singaporeans to fly kites) which protects Marina Bay and our city centre from flooding due to heavy rainfall (and rising sea levels if that becomes an eventuality).

True to the original Concept Plan, these islands or polders along the East Coast shoreline may potentially be developed for housing or other purposes – since they’re earmarked as reserve sites then. Fun fact: did you know that our current East Coast was part of a reclamation scheme in 1966?

Then, the East Coast Reclamation Scheme, supervised by the HDB, covered 1,525 hectares of reclaimed land, cost S$613m and was carried out in seven phases across a 20-year timeline (completed in 1986). In his 2019 speech, PM Lee projected the Long Island plan to cost roughly S$100b over 100 years.

The questions on everyone’s minds are these – if implemented, when will land reclamation works begin and how will the East Coast sea-view, the one many high-floor private condo buyers along the coast have paid good money for change over time?

While the idea first came about in the 1991 Concept Plan and PM Lee did say these options are merely part of a study, the threat of climate change and rising sea levels could potentially accelerate that plan.

The study, covering 57.8 kilometres of coastline, will look into the potential impact of a flood event, threats to our airports, economic and industrial districts, and opportunities for upcoming developments.

While we know the Greater Southern Waterfront will be the next big project in the near term to rejuvenate our shoreline on the west coast, rest assured that the Long Island plan (if it’s accelerated), will potentially be a far larger commitment in the east.

If you’re staying in a private condo with a sea-facing view of the East Coast and you believe that amazing, windy view is meant to last till the next generation, you might want to rethink that.

When it happens, you can blame (or thank) climate change and rising sea levels for it. Are you living along the East Coast of Singapore? Share with us your perspective on this plan in the comments section below or on our Facebook post.

If you found this article helpful, 99.co recommends Having an East Coast Plan: Tips from a family of 4 who moved from a Jurong condo to one in the East and Heng Swee Keat, here’s your East Coast Plan ok? 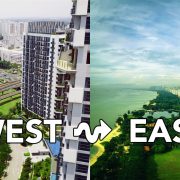 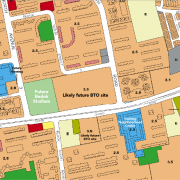 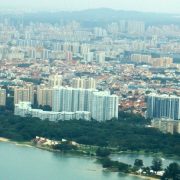 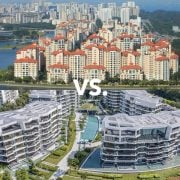