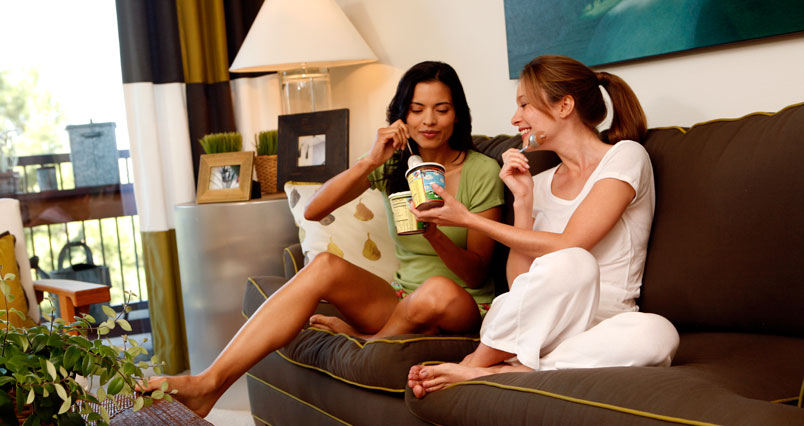 If you’re on a tight budget, or just hate the thought of living by yourself, you might be looking into room renting in a home with like-minded roommates. And while the price may be right, we’ve seen a lot of complaints from suffering tenants here at 99.co, so here are a few things we think you should know if you’re thinking of room renting in Singapore.

Landlords entering your room without permission

This is one of the biggest and most shocking complaints that we’ve heard time and time again: Landlords entering their tenants’ room without their permission or knowledge.

It’s an open secret that the law tends to favour landlords here in Singapore, and it’s unfortunately the case here. Legally, a landlord has the right to enter any part of his property – even a room that has been leased out.

That’s why it’s so important to have clear and unequivocal language in your tenancy agreement surrounding this. While you may not have the police on your side, you’d at least have contractual remedies to such behaviour by your landlord.

Include a clause in your rental agreement that:

The landlord will most likely ask for certain exceptions to the rule, such as where emergency repairs are required which, if delayed, would damage the property, or if he suspects that you are breaching the terms of the tenancy agreement – these are standard and fair exceptions.

When room renting, always ensure that you’re dealing with the owner of the property (or his agent), and not just a master tenant.

Master tenants should not be subletting rooms in the unit unless the landlord has explicitly allowed them to do so, and this is almost unheard of as landlords usually want control over who stays at their property. Even then, you must insist on having your name added to the main lease.

In 2009, a master tenant illegally-partitioned a maisonette unit without the owner’s knowledge, and sublet it to 11 other tenants. When the subletting was eventually discovered by the owner, the tenants were left with no recourse when served with eviction notices and told to move out of the property since they had no contract with the actual owner.

To avoid this, check that the person you’re dealing with is in fact the owner by having them log into their “MyHDBPage” (for HDBs), or via the Singapore Land Authority’s MyProperty service which should have details of the properties owned by them.

Failing to do this could leave you not only out of home, but out any security deposit paid as well.

Many tenants have also complained of overcrowded rooms, and cramped conditions in their apartments. Just last year, a 3-room flat in Teban Gardens was alleged to have had about 20 tenants staying in it!

HDB flats and private residences have strict rules when it comes to the number of people who can stay in them, as well as specific partitioning regulations, so be on your guard if you find any kind of partitioning in the home.

Only owners of 3-room or bigger flats are allowed to sublet their bedrooms.

There are also rules in respect of the number of bedrooms that flat owners can sublet, and the maximum number of occupants who can stay in each flat:

^ Only bedrooms originally constructed by HDB can be rented out.  All other parts of the flat (including partitioned rooms) cannot be used as bedrooms for subtenants.

More sub-letting regulations for room renting can be found on HDB’s website here and here.

If you’re looking to sublet a room, make sure the room isn’t  part of a partitioned space. Under URA regulations, owners are not allowed to rent out individual rooms that have been created out of internal partitioning works due to the safety concerns of overcrowding.

A residential unit is also only allowed to house a maximum of 8 occupants, no matter the size of the unit, which includes the owner if he is living on the premises. Each occupant must also have at least 10sqm of space. These two rules don’t apply, however, if the entire unit is occupied by a family who isn’t renting out the premises in any way.

Lease Must Be For at Least 6 Months

Be wary if you’re being offered a lease for less than 6 months – whether it’s an HDB flat or private property (unless the owner’s received clearance from the Urban Redevelopment Authority to do so) – these are illegal as the law requires a lease be at least 6 months.

Living With Your Landlord

Room renting with roommates is awkward enough, but it’s always a little more awkward when your roommate is your landlord as well – it gets a lot more difficult to complain about a roommate’s unreasonable behaviour when he has the power to end your lease.

We’ve got a few tips to helping you deal with some of the more common awkward situations you might find yourself in if you’re considering going down this route.

Armed with all this information, hop on to 99.co to find the perfect living situation. Remember, even a month of living with the wrong roommate can feel like forever, so be sure to ask your potential roommates these 19 questions before signing on the dotted line!

Check out other rental related articles here: Ask the 99.co expert: Breaking your rental lease early in Singapore and Renting on a budget: What you need to know