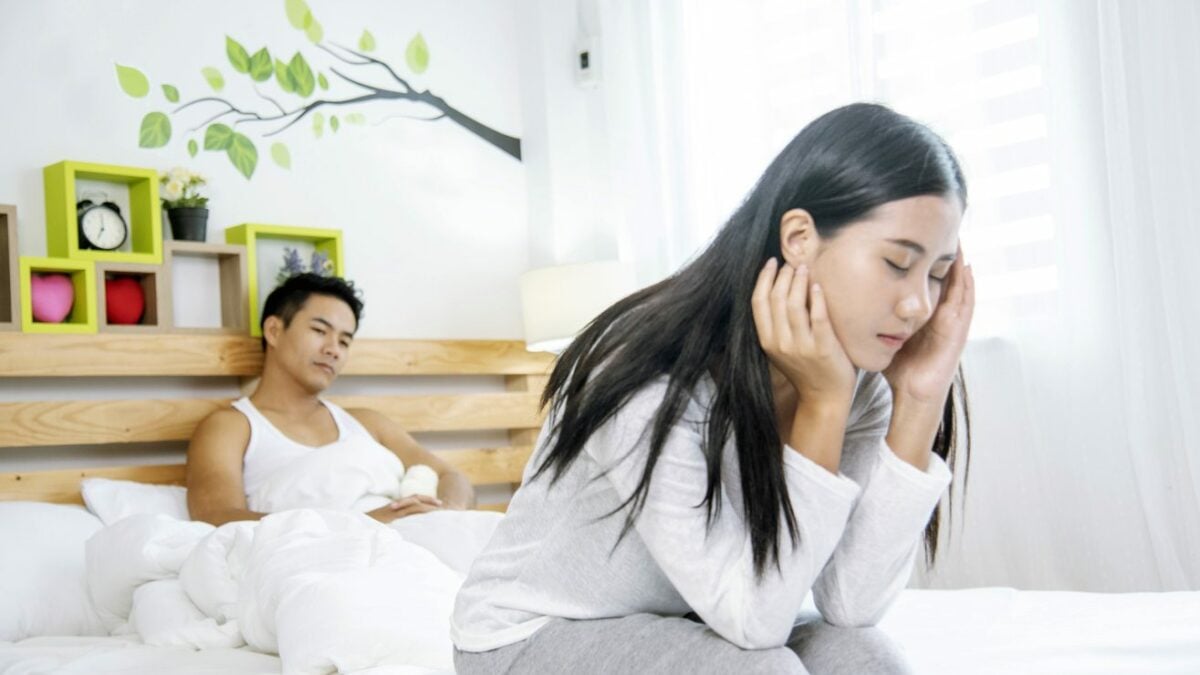 A total of 7,623 marriages ended in divorce or annulment in 2019, according to latest figures by Singstat. That’s 3 divorces out of every 10 marriages, which means a significant number of ex-couples each year have to go through the unpleasantries of dividing matrimonial assets, in addition to the breakup. And for many Singaporeans, a large portion of matrimonial asset is in none other than the HDB flat.

So what happens to the HDB flat when a married couple divorces or separates? This article sheds light on things:

Determining ownership of the HDB flat after a divorce or separation

When a couple divorces or separates, the question on everyone’s mind is: what happens to the HDB/BTO/DBSS/EC? Do you have to sell it and divide up the sale proceeds or can one party keep it? The answer varies, depending on different scenarios.

Is it a matrimonial asset?

If the HDB flat was acquired by the couple as part of a joint application or under the HDB fiancé-fiancee scheme, then it is a matrimonial asset. This means that in the event of a divorce, like all other assets owned by them, it will be divided between them (as determined by the courts).

If the HDB flat was acquired by one party before marriage or if the flat was an inheritance from a deceased parent of one party, then it is not a matrimonial asset i.e. it does not form part of the assets which must be divided up during a divorce. Under section 112(10) of the Women’s Charter, the flat which is acquired before marriage will only be considered a matrimonial asset if:

Typically, unless you and your ex-spouse managed to have a written agreement on such matters, the court will decide whether the flat should be sold or retained and if so, who should retain the flat and how to divide up the assets.

[For greater detail, read this article: Divorce and matrimonial home: How the Court might split up a property]

Divorced with a child or children

If the court has given you an order for custody (care and control) of the child or children of the marriage, you will be considered to have a “family nucleus” and meet one of HDB’s criteria for the retention of the HDB flat. A second requirement is that you must financially qualify to take on the home loan for the HDB flat. Lastly, to retain the property, the divorce cannot be due to non-consummation of marriage or annulment.

Divorced with no children

If you have no children from the marriage, but wish to retain the HDB flat after the divorce, you can do so under the Single Singapore Citizen (SSC) Scheme if:

For matrimonial flats bought directly from HDB or resale flats bought with the CPF Housing Grant for Family, the 5-year Minimum Occupation Period (MOP) must be satisfied before you can retain the HDB flat under the SSC Scheme. Alternatively, you can include another person (like a parent) to retain the flat with, but this is subject to eligibility conditions and schemes.

Sale or surrender of the HDB flat

If neither of you are able to retain the flat, you will have to sell it.

The sale proceeds will be used to pay off any outstanding mortgage loan and reimbursement to CPF of the amounts used for the purchase of the flat with accrued interest. The remaining balance will be divided between you and your ex-spouse according to the court order for the divorce.

When selling the HDB flat, HDB requires you to produce the following documents:

[Recommended article: Buying a HDB flat as a single parent in 2020: How to do it]

How does the court decide who gets how much of the flat?

In a divorce, the court has the power to order the division of assets in a ‘just and equitable’ manner. The court must take into account the following factors set out in section 112(2) of the Women’s Charter:

The matters referred to in section 114(1) so far as they are relevant. These include:

What this means is that in dividing the assets, the courts will take into account any non-financial contribution by a spouse like homemaking and bringing up the children.

For example, Annie and Bernard got married. They each paid 20% towards the down payment of their HDB flat. Annie stopped work to look after their newborn child and Bernard’s aged father. Bernard worked and paid for the monthly mortgage.

The marriage failed after 10 years and they decided to get a divorce. By then, Bernard had paid another 40% towards the purchase price.  It does not mean that Annie will only get 20% of the flat upon divorce and Bernard will automatically get 20% (his down payment) + 40% (his payment towards the mortgage) of the flat.

The court will take into account the various factors above, in particular, the non-monetary contributions made by Annie towards the marriage like looking after their child and Bernard’s father and any improvements she made to the flat etc.

(a) the payment of emas kahwin and marriage expenses (hantaran belanja) to the wife;

(b) the payment of a consolatory gift or mutaah to the wife;

(c) the custody, maintenance and education of the minor children of the parties; and

(d) the disposition or division of property on divorce or nullification of marriage. 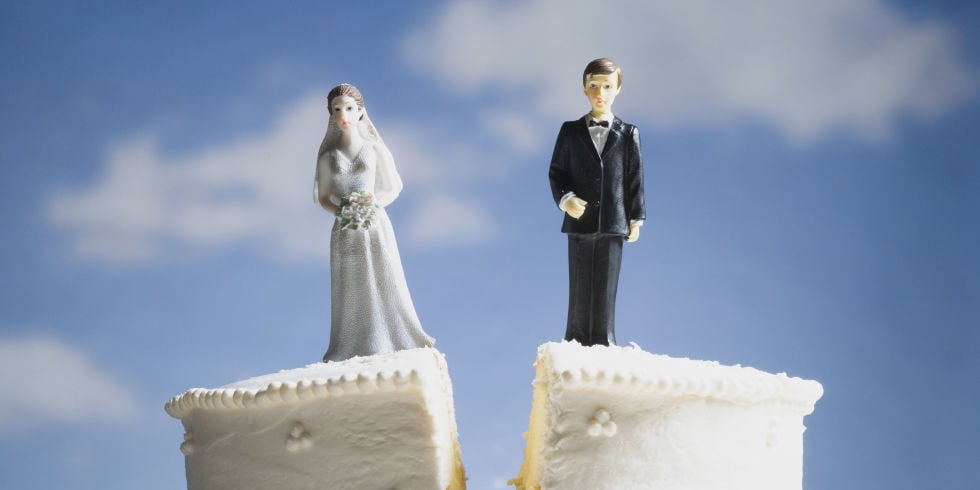 We have included the following case studies to further illustrate a few different permutations of what happens in the event of a divorce.

Generally, assets acquired before marriage are not matrimonial assets unless they are ordinarily used by the “family” or substantially improved by his wife (for example, she paid for or did renovations) or both of them during the marriage. If the flat is considered not a matrimonial asset, then his ex-wife will not be entitled to a share of the flat. In that case, Charlie can continue to stay in his HDB flat after the divorce because he is above 35 years old and a Singapore citizen.

Case Study 2: Daisy is getting a divorce. She is 32-years-old. She has two children aged 4 and 6. Her ex-spouse and her own an EC which reached the MOP last year.  Can she retain her EC so that she and her children can live there?

Since the MOP has been reached, depending on the court order from the divorce, the EC can be sold on the open market or it can be retained by one party. Although Daisy is under 35 years old, since she and her children forms a “family nucleus” under HDB rules, she meets HDB’s conditions for retaining the flat. However, she must ensure that she is also able to afford to pay for the EC and its mortgage.

Case Study 3: Elizabeth is 36 years old and a Singapore citizen. She just divorced from her spouse of 5 years. They have no children. They do have a HDB 3 room flat which they bought under the fiancé-fiancee scheme. She would like to retain the HDB flat – is it possible?

Elizabeth can retain the HDB flat, subject to the court’s order, as she is eligible to do so under the Single Singapore Citizen (SSC) Scheme. However, depending on what other assets there may be for division and the percentage of her share in the flat, Elizabeth may have to pay her ex-spouse his share of the flat in order to retain it.

Case Study 4: Adeline is a Malaysian and holds a Long-term Visit Pass. She is 33-years- old. She married a Singaporean 5 years ago and they own an HDB flat. They have no children. They have now divorced. Can she retain the HDB flat?

Felicia cannot retain the HDB flat. As she does not have any children, she does not form a “family nucleus” in order to do so. Also, as she is not a Singapore citizen and at least 35 years old, she cannot retain the flat under the SSC scheme. However, if the flat was jointly acquired during marriage, it is matrimonial property and she should be entitled to a share of the sale proceeds of the flat.

Not married yet but have broken up with your partner while queueing for your HDB flat? Learn more about what you can do here!