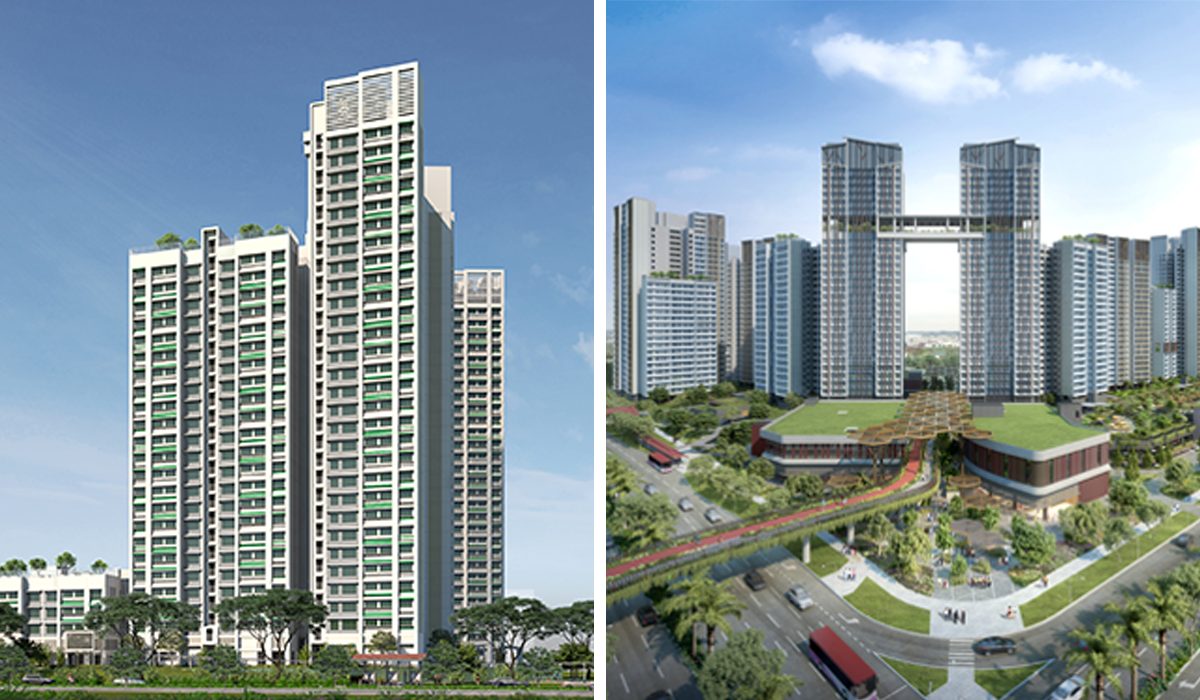 What’s the most exciting thing in August besides this National Day? For us and Singaporeans looking forward to their first home, it’s definitely the Aug 2020 BTO launch by HDB.

The sales exercise for a bumper crop of 7,862 flats began on 12 August, with the seven-day application period closing at midnight on 18 August.

To help you make an informed choice about which of the eight towns to apply for, we’re releasing in-depth reviews for the projects in each town over four consecutive days:

Earlier on, we’ve also done preliminary location reviews for the BTO projects here and here, which can give you more information on what is surrounding the sites (e.g. schools).

Impressive. We haven’t really seen HDB envision a BTO project as a self-sustainable village on a large scale prior to this, and they have truly pulled the rabbit out of the hat with UrbanVille @ Woodlands.

With an iconic sky bridge offering panoramic views of the Straits of Johor and an overhead pedestrian and cycling link that connects seamlessly to the development, this is public housing at its absolute finest. We couldn’t help but be impressed at how distinctive this entire project looks. In time this will be as recognisable as Pinnacle @ Duxton.

The beating heart of this BTO project is an activity spine called WoodsVista Gallery, where residents can find shops, a supermarket, a kopitiam, as well as a childcare centre. There’s even space allocated for a restaurant. Plenty of space is set aside for future amenities, which might include co-working spaces.

With the interlinking steel canopies throughout the project, UrbanVille @ Woodlands can also call itself the heartland version of Clarke Quay.

In time, the pedestrian and cycling link will also provide residents with direct access to the waterfront, the Woodlands terminus of the RTS link, and an expanded Woodlands Central via “linkbridges”, as HDB calls it. The scale of development that’s planned for Woodlands regional centre will rival the scale of the current Jurong East.

The caveat is that fully building up the infrastructure here will take time, and [email protected] counts as the first piece of the jgsaw. Residents will have to make a ten-minute trip by bus or on foot until a direct link to Woodlands Central is built. Nevertheless, there’s a lot to get excited about here, let’s dive into the site plan.

Even though this development is the smaller and less glitzy of the two Woodlands BTO projects, Champions Bliss is still very much a winner.

The most striking difference is that this BTO will be located in a quieter, more laid back environment. Even though there’s a lack of facilities within the development itself, residents will be next to a community centre and within a seven-minute walking distance to a 24-hour supermarket and a neighbourhood mall, Vista Point.

Champions Bliss is also nearer to an MRT station than UrbanVille, the other Woodlands BTO project. Residents here will be a two-minute walk from the entrance of Woodlands South MRT, or even less. This makes Champions Bliss a better choice for residents who expect to frequently commute to the city, or anywhere for that matter, via the Thomson-East Coast Line (TEL).

Nearby, there’ll also be a 1.5 hectare park for recreation that’s part of the soon-to-be-completed Woodlands Health Campus. This comprehensive medical facility will also be beneficial for residents nearby, especially elderly who require frequent care and follow-up.

They might even get to Woodlands Central faster than the UrbanVille residents via the MRT. Score!

The prices for the Woodlands BTO flats for the Aug 2020 sales launch were largely within our expectations for a non-mature estate. The most affordable unit type here, relative to median resale HDB prices, are 3-room flats. (Resale 3-room flats in Woodlands typically cost about $245,000.)

Considering this, we think the magnitude of increase in the span of a year or so is a bit insane, even if the Aug 2020 projects are slightly better positioned within Woodlands.

In contrast, resale HDB prices in Woodlands have increased by only 2.3% on average, from Q2 2019 to Q2 2020. Check out the resale HDB flats listed in Woodlands right now to make a price comparison.

No wonder HDB has pulled out all the stops to elevate [email protected] into more than just a stack of Lego blocks.

Who should apply: Those who want to stake a claim for a home in two of the best possible locations in Woodlands.

With only 4- and 5-room flats, this high-rise BTO project is one for the families and will have a narrow demographic of young, middle-class couples.

Kebun Baru Edge is about a 10- to 15-minute bus ride to Ang Mo Kio Town Centre and Thomson Plaza. 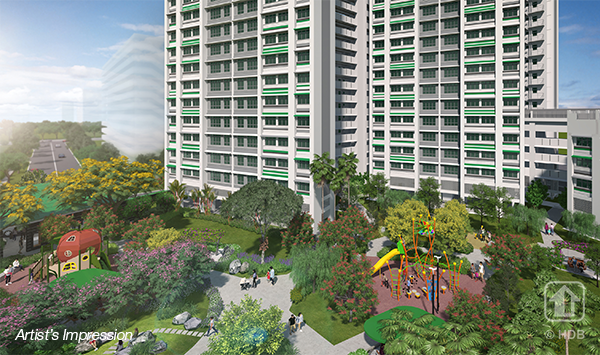 Some might get a shock when seeing the prices for Kebun Baru Edge, but we argue that this is actually very reasonable pricing by HDB.

Last November, HDB released a BTO project in Ang Mo Kio, near to Yio Chu Kang MRT, that had a markedly higher starting price of $451,000 for 4-room flats even though that location is hardly superior to this.

Eventually, we foresee resale value after the Minimum Occupation Period (MOP) to hit $700,000 for 4-room flats at Kebun Baru Edge, which will be music to the ears of those lucky enough to get a flat here.

With the two “top schools”, even those not interested to sell can expect enquiries from buyers’ agents every so often.

Who should apply: Parents who dream of getting their child into a “top school”, and those who aren’t reliant on expressways for getting around

Stay tuned for our next in-depth review of Bishan and Geylang HDB Aug 2020 BTO launches on 15 August (Saturday)!