Now that the May 2022 BTO and SBF sales exercises have ended, it’s time to look at the location of the upcoming BTO projects to be launched in August!

For starters, there will be around 4,960 units available for balloting across seven projects in six towns, translating to around an 8% increase in the number of units compared to the previous launch. (We note it was previously announced that around 6,300 to 6,800 units would be launched in the upcoming August 2022 BTO exercise.)

*Source: SRX. These estimations take into account nearby resale transacted prices and launch prices of recent BTO exercises, and have been adjusted for differences in property age and location. If a launch is nearer to an MRT or commercial development, it’s likely to be more expensive.

(We’ll do an in-depth analysis for each location as well, so look out for those in the next few weeks. Be sure to bookmark this page too, as we will update it with more information when the August 2022 BTO sales exercise starts.)

This Ang Mo Kio BTO project is expected to be one of the most popular projects in this August launch, given that it will offer bigger flats in the form of 5-room flats and 3Gen flats. What makes it special is that before this launch, HDB hasn’t been offering 5-room flats in central locations for the past few years.

More importantly, this BTO is ideal for those looking for a bigger space or planning to live with their parents. Unlike the other flat types, 3Gen flats comprise four bedrooms – two of which have an en-suite bathroom. Take note, though, that you’ll need to apply with at least one parent to be eligible for a 3Gen flat.

Another thing that stands out to us is that it’s just across the street from Ang Mo Kio Polyclinic and Ang Mo Kio Library. The project will also overlook Ang Mo Kio Town Garden West, where you can find a McDonald’s.

Accessibility-wise, this Ang Mo Kio BTO is located in the middle of two MRT stations: Ang Mo Kio MRT and Yio Chu Kang MRT, and is around a 13-minute walk from both MRT. On top of the North-South Line, you’ll also have access to Thomson-East Coast Line (TEL) via Mayflower MRT.

Plus, you can look forward to increased connectivity from 2030 with the Cross Island Line, which will have an interchange at Ang Mo Kio MRT.

The other popular projects in the August BTO launch are these two Bukit Merah BTOs. We expect both to fall under the PLH model, given that the Bukit Merah Ridge BTO launched last May was a PLH project.

(The BTO along Alexandra View was initially included in the May 2022 BTO launch, until it was announced that it would be postponed to this launch.)

One thing that stands out to us is that both Bukit Merah BTOs are very close to the MRT, at around a five-minute walk. The nearest MRT for the Alexandra View BTO is Redhill MRT, while for the Havelock Road BTO, its nearest MRT is the upcoming Havelock MRT (opening later this year) on the Thomson-East Coast Line. Alternatively, Tiong Bahru MRT is around an eight-minute walk from the second BTO.

Another thing that stands out to us is that both projects are within walking distance to neighbourhood centres, where you can find amenities like hawker centres and supermarkets, which will be very convenient for residents.

So if you want to live close to the city centre, here are the two BTO projects to consider. But take note that they might be PLH projects, which come with stricter conditions such as a 10-year MOP and a subsidy clawback. PLH flats are also slightly smaller, measuring around 89 sqm for 4-room flats.

With 980 units up for grabs, this Choa Chu Kang BTO is the biggest project in this August 2022 launch. So there’s a higher chance of securing a flat here.

Moreover, this is another project offering 5-room flats – suitable for those looking for bigger space.

On the other hand, given its location, we feel it’s not as accessible compared to the other projects in this August 2022 BTO launch. For starters, you’ll have to take the bus or LRT to the nearest MRT.

The nearest LRT are Keat Hong LRT and Teck Whye LRT, which are around a 10-minute walk away. From the LRT, it’s two to three stops to Choa Chu Kang MRT, where you can change to the North-South Line and the Jurong Region Line (JRL) when it opens from 2027 onwards. Here’s also where you can find Lot One for your retail needs.

Nevertheless, we think this project will come with the most affordable price tag, given its location. Based on our price estimations that take into account nearby resale transactions and BTO prices in previous launches, we estimate that prices for 4-room flats here will range between S$300k and S$380k, which is the lowest compared to the other projects in this August launch.

This Jurong East BTO is another one that stands out to us. But not exactly for the right reasons.

Firstly, it’s along the Pan-Island Expressway (PIE). Secondly, there will be elevated tracks of the upcoming Jurong Region Line running along the project. This means that it’s bound to be noisier here, especially for the north stacks.

On the upside, it’s around a four-minute walk to Toh Guan MRT (opening in 2028) on the JRL. Toh Guan MRT is just one stop to Jurong East MRT, where you can switch to the North-South Line and East-West Line. Here’s also where you’ll be spoiled for choice for your retail needs, with four malls available: Westgate JEM, JCube and IMM.

We also like that it’s within walking distance to two schools: Yuhua Primary and Crest Secondary. So this is one project to consider for those with (or planning to have) children.

And for those thinking of becoming a landlord in future, this is another project to look out for if you didn’t manage to snag a flat at the Lakeside View BTO launched last May. Given this project’s proximity to Jurong Lake District, there are some rental opportunities here.

With only 260 units available, this Tampines BTO is the smallest project in this August 2022 BTO launch. The good thing is that there are 5-room flats available here.

At the same time, we think competition is going to be a little stiff here, given the lower number of flats available and the increasing demand for bigger space.

That aside, this is another BTO in this launch that’s within walking distance to the MRT, with Tampines East MRT around an eight-minute walk. So it’s just one stop to Tampines MRT (which you can also walk from the project, but it’s around a 15-minute walk). And just like Jurong East, you have plenty of retail options with three malls available here: Tampines 1, Tampines Mall and Century Square.

We feel this is also an ideal BTO for families with children. There’s Gongshang Primary right in front of the BTO and Tampines North Primary around a 15-minute walk.

This BTO also provides some rental opportunities, since it’s near Tampines Regional Centre, which is a major employment hub outside the CBD. So you can consider renting out the room, or the entire unit after the MOP to get some rental income.

Among the August 2022 BTO projects, this Woodlands BTO is the closest to the MRT. For instance, it’s just around a three-minute walk to Woodlands South MRT on the Thomson-East Coast Line. From there, it’s one stop to Woodlands MRT, where you can switch to the North-South Line or head to Causeway Point.

Plus, going to JB will be easier with the Rapid Transit System (RTS) Link opening at the end of 2026. The Singapore terminal will be at Woodlands North station, which is just two stops from this BTO.

We also like that this Woodlands BTO is within walking distance to a few schools, such as Christ Church Secondary and Woodgrove Secondary. In fact, it’s just around a five-minute walk to both schools.

And just across the street from the BTO is the upcoming Woodlands Health Campus that will open from 2023 onwards. It will comprise specialist outpatient clinics, a hospital and long term care facilities.

However, we notice that this BTO is only around 300m away from the Sembawang Airbase. So it can get pretty noisy here. Avoid this BTO if you don’t want to contend with the helicopter noise.

HDB will only release more information about the November 2022 BTO projects, such as the exact locations and number of units during the August 2022 BTO launch.

For now, we know that around 9,500 units will be available in the following estates:

Which August 2022 HDB BTO project will you go for? Let us know in the comments section below or on our Facebook post.

If you found this article helpful, 99.co recommends First million-dollar flats sold in Pasir Ris, Woodlands in May 2022 and How much should you pay for a resale HDB flat in 2022? 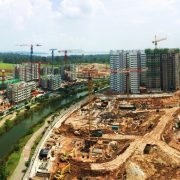 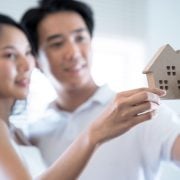 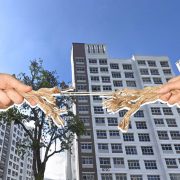 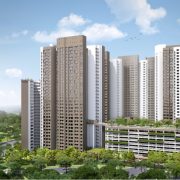