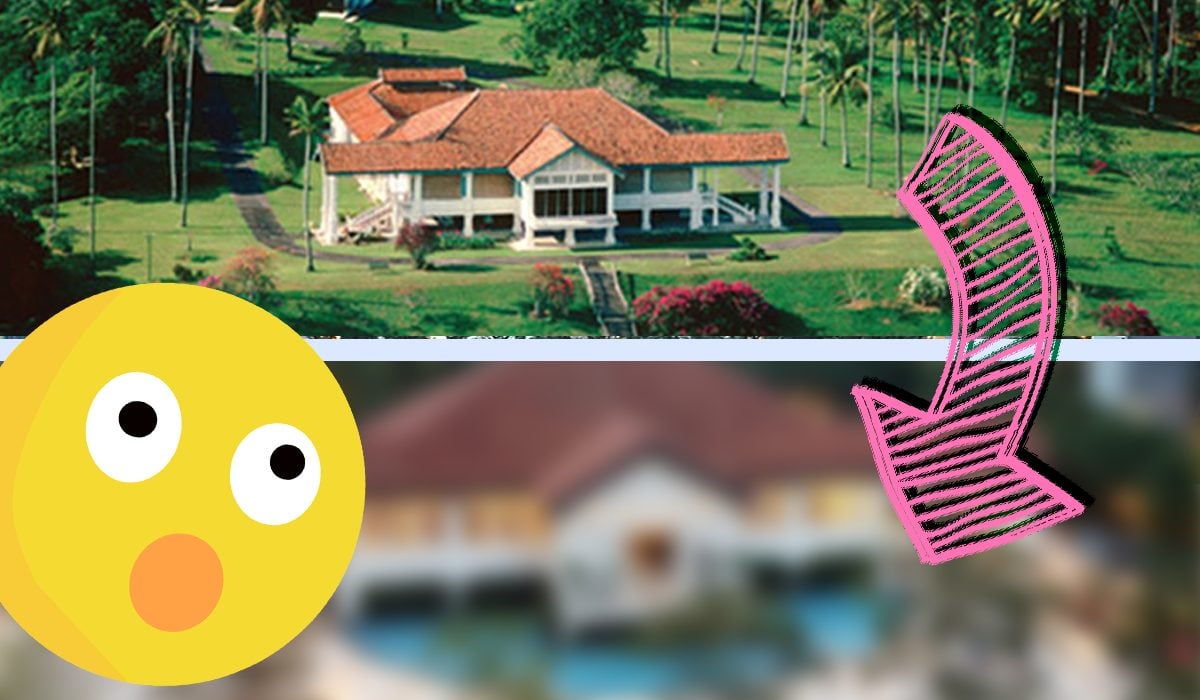 Condos in Singapore sometimes pack a surprise. Aside from facilities, there could be a historical landmark lurking within the more unique developments in Singapore. Here are 6 existing condos (and a list of new launches) that incoporate conserved buildings within the compound. Some are turned into clubhouses and common areas, whilst others serve as beautiful homes for a lucky few. One is even on sale at the time of writing! 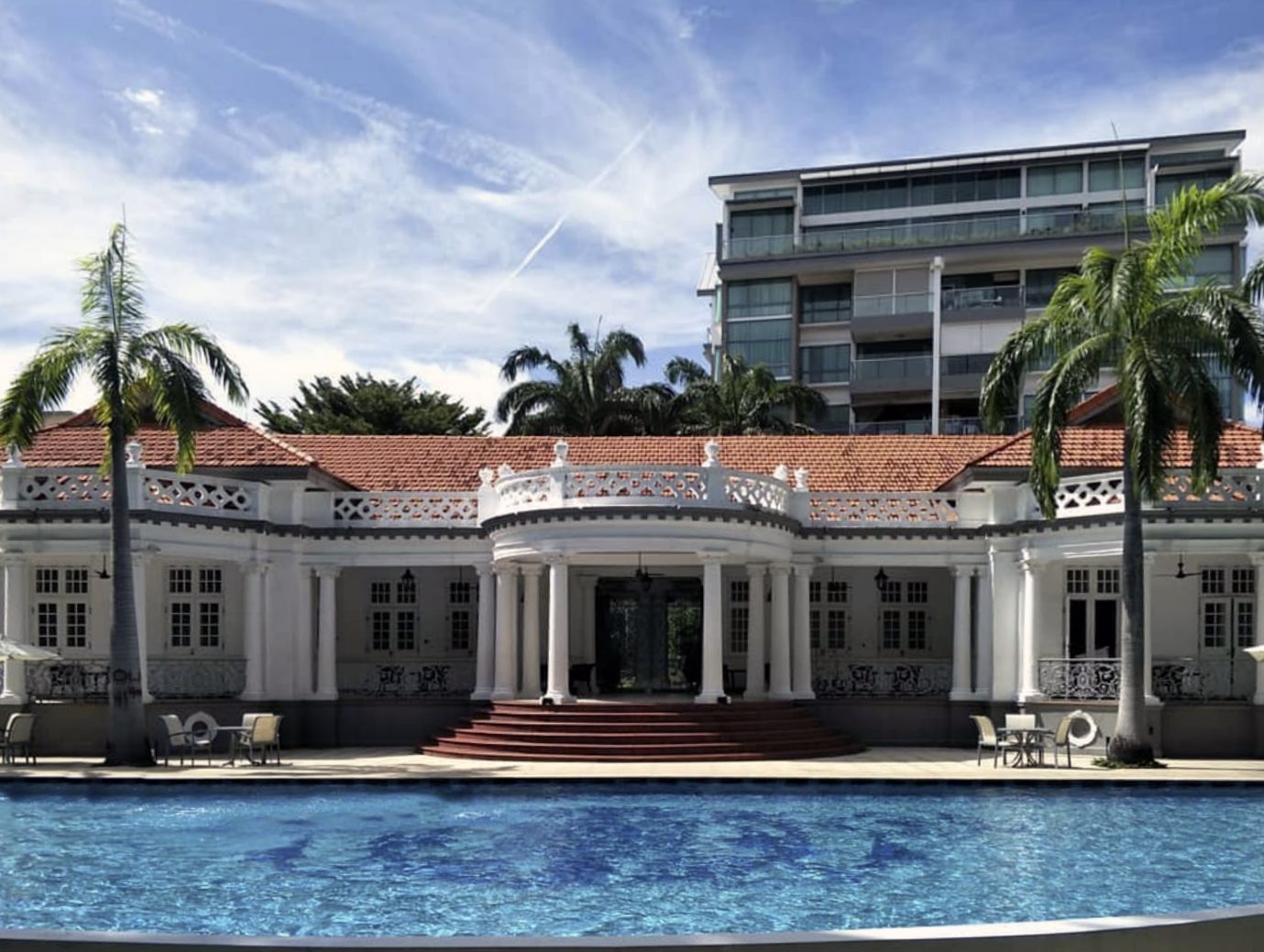 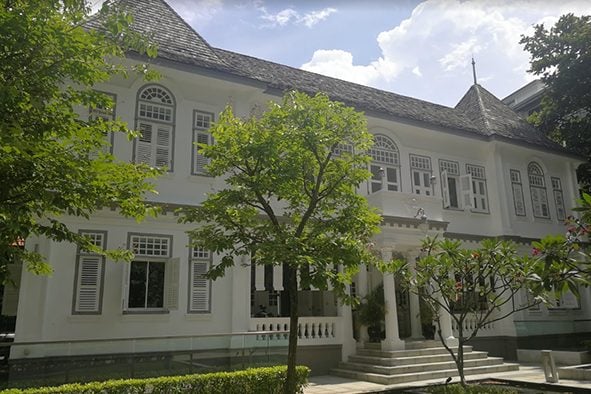 About the condo: Grand Duchess at St Patrick’s features not just one, but two Victorian-style bungalows that were each constructed back in 1914 and 1925, but the condo itself was completed in 2010. The bungalows have been impressively restored, with details such as Peranakan Arabesque glass window details and vintage brass knobs.

The larger of the two bungalows (the one built in 1914) is now the condo’s clubhouse, whereas the other is now turned into two super-posh 5-bedroom, 6,958 square feet (sq ft) units. The units have since been rented out at around $11,000 a month!

Notably, the development is situated within 1 km of reputable schools, including Tao Nan Primary and Ngee Ann Primary. A huge draw for prospective buyers of this condo is the the upcoming Marine Terrace MRT (slated to be open in 2023), which will provide residents of Grand Duchess at St. Patrick’s with MRT connectivity at the doorstep. 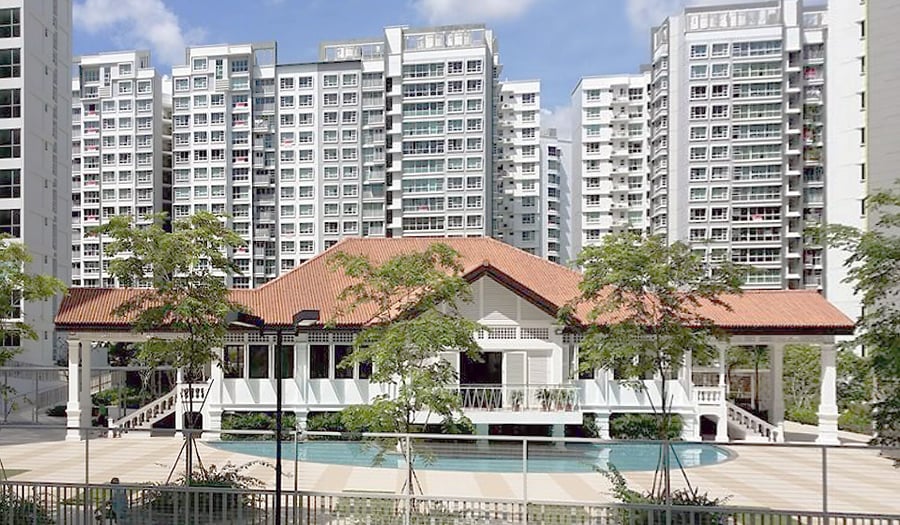 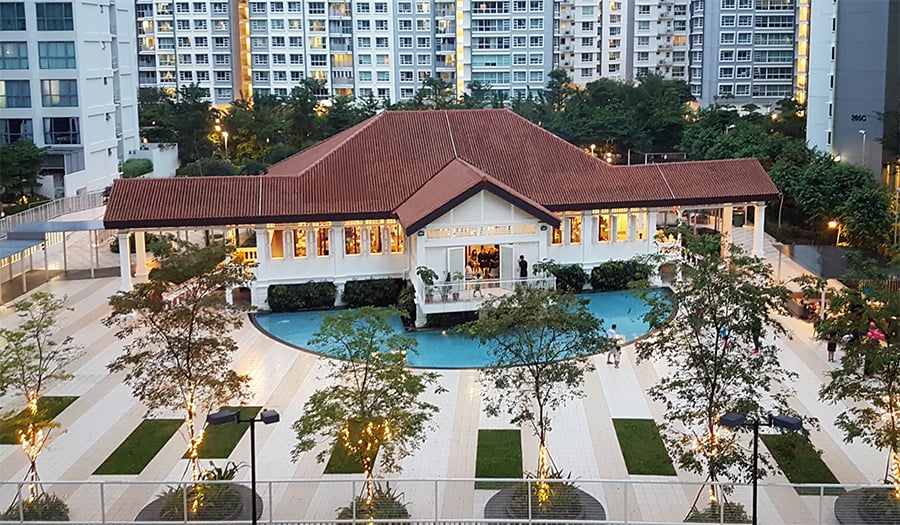 About the condo: A Treasure Trove is built with the conserved Matilda House—the only remaining historical bungalow in Punggol—as its clubhouse. The bungalow was built in 1902 by Mr Alexander Cashin, who came from a prominent Eurasian family in Singapore. The government acquired the land belonging to the Cashin family in the 1980s, and the bungalow fell into disrepair.

But in 2000, The Urban Redevelopment Authority (URA) saw enough historical value in Matilda House to designate it for conservation. The site, inclusive of the bungalow, was put for for auction in 2010 for a condo development. The developer with the winning bid, Sim Lian Group, did a fine job afterwards, transforming the one storey building into a clubhouse with facilities including a function room, reading room, lounge and gym. 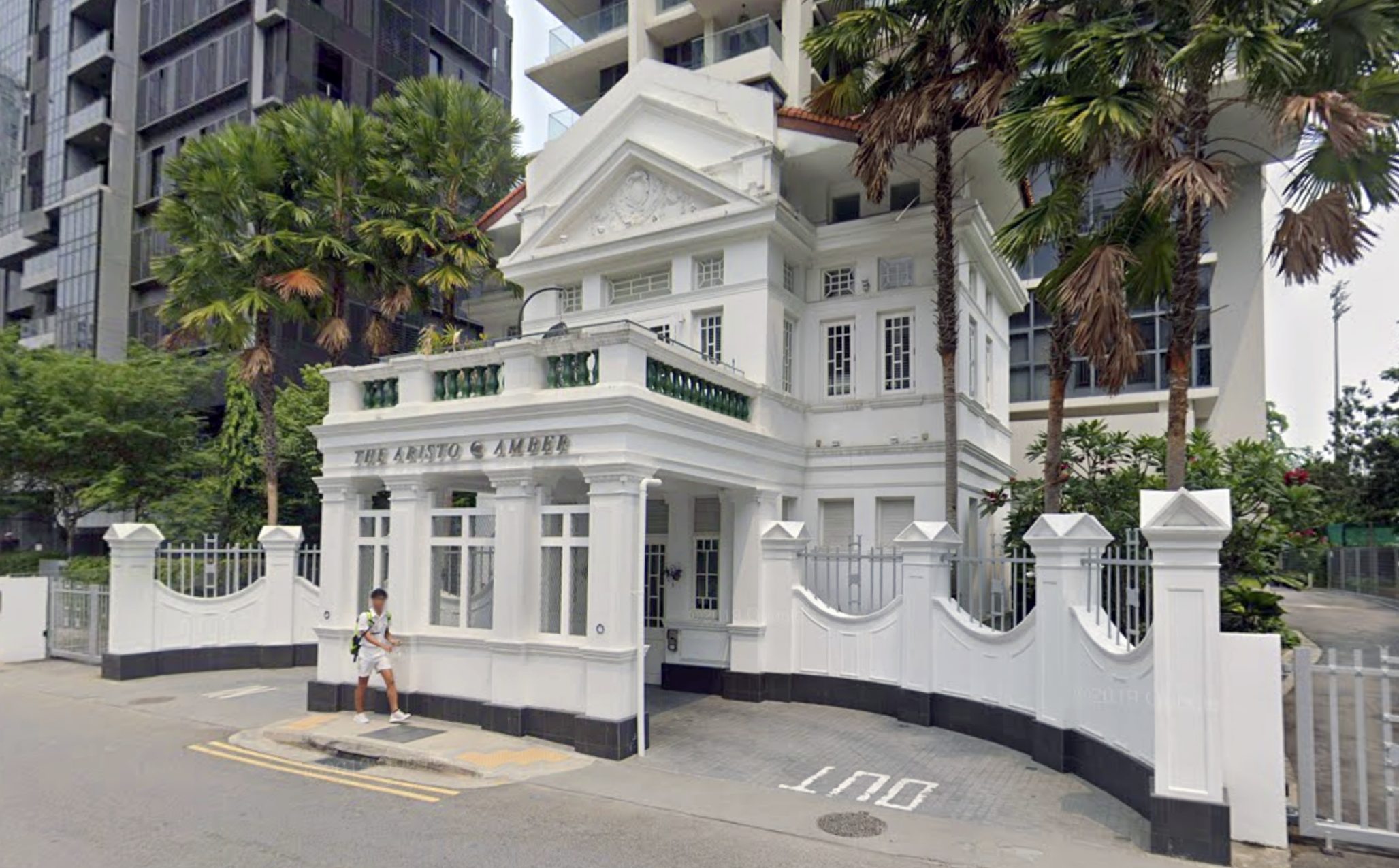 About the condo: Previously also owned by the Cashin family, the conserved building at 23 Amber Road used to be nicknamed the “Butterfly House”, named as such because the rear part of the house had two curved extensions that resembled a pair of butterfly wings. The wings were demolished when the building was turned into a high-rise condominium named The Aristo @ Amber, but the facade and the front porch have been conserved. 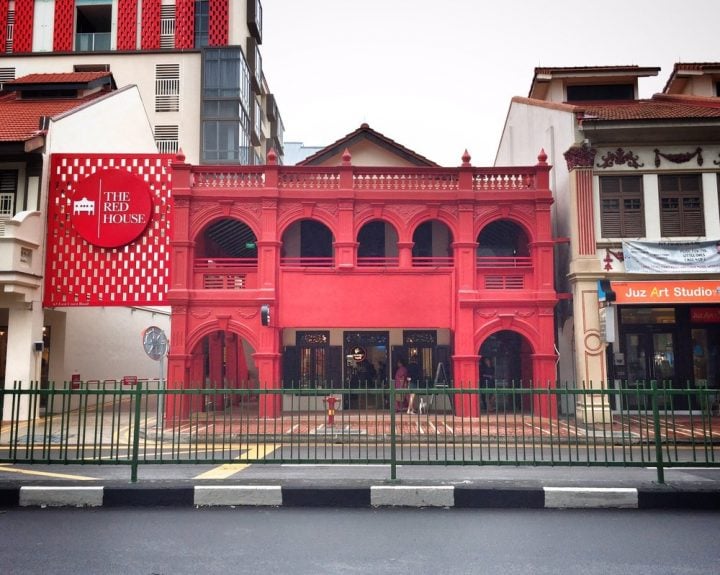 About the condo: Located in the heritage precinct of Katong, The Red House is an iconic red shophouse that many older Singaporeans have fond memories of, as that was home to the famous Katong Bakery & Confectionery from 1925 to 2003. (It was the first bakery here to bake three-tier Western style wedding cakes, back in the 20s!)

Alas, the bakery is no more, but the iconic shophouse has been conserved and redeveloped into a retail-residence development featuring 42 condo units and a retail wing. The condo part of The Red House has three different unit types; aside from 28 regular 1-2 bedder units within a 5-storey annex block, there are ten 613 to 829 square foot units on the second storey of the shophouses and four loft units on the second storey of the original red house.

Location-wise, The Red House is located right in the middle of an activity hub that nonetheless has an easy-going, laid-back vibe. Residents can enjoy a wide variety of dining, shopping and entertainment options at their doorstep. Residents can get to the city centre within 10 minutes via the ECP, and the nearby Marine Parade MRT station is scheduled to open by 2023, giving direct access to the CBD.

Today, the mansion serves as the clubhouse and lobby of the ultra-modern condo that connected to it. The mansion meanwhile, is superbly restored, retaining its distinctive bell-shaped tower and outstanding architectural and design details such as its teak doors and panelling, as well as Art Noveau inspired terrazzo floor tiles. The ceiling of the room above the porch features beautifully crafted plaster cornice work.

Positioned as a luxury residence, Tan Chin Tuan Mansion only has 16 units, with each unit occupying an entire floor. It’s located a stone’s throw away from the Orchard Road shopping belt one of the most prime residential neighbourhoods in Singapore: Cairnhill.

At the time of writing, no units are available for rent or sale. 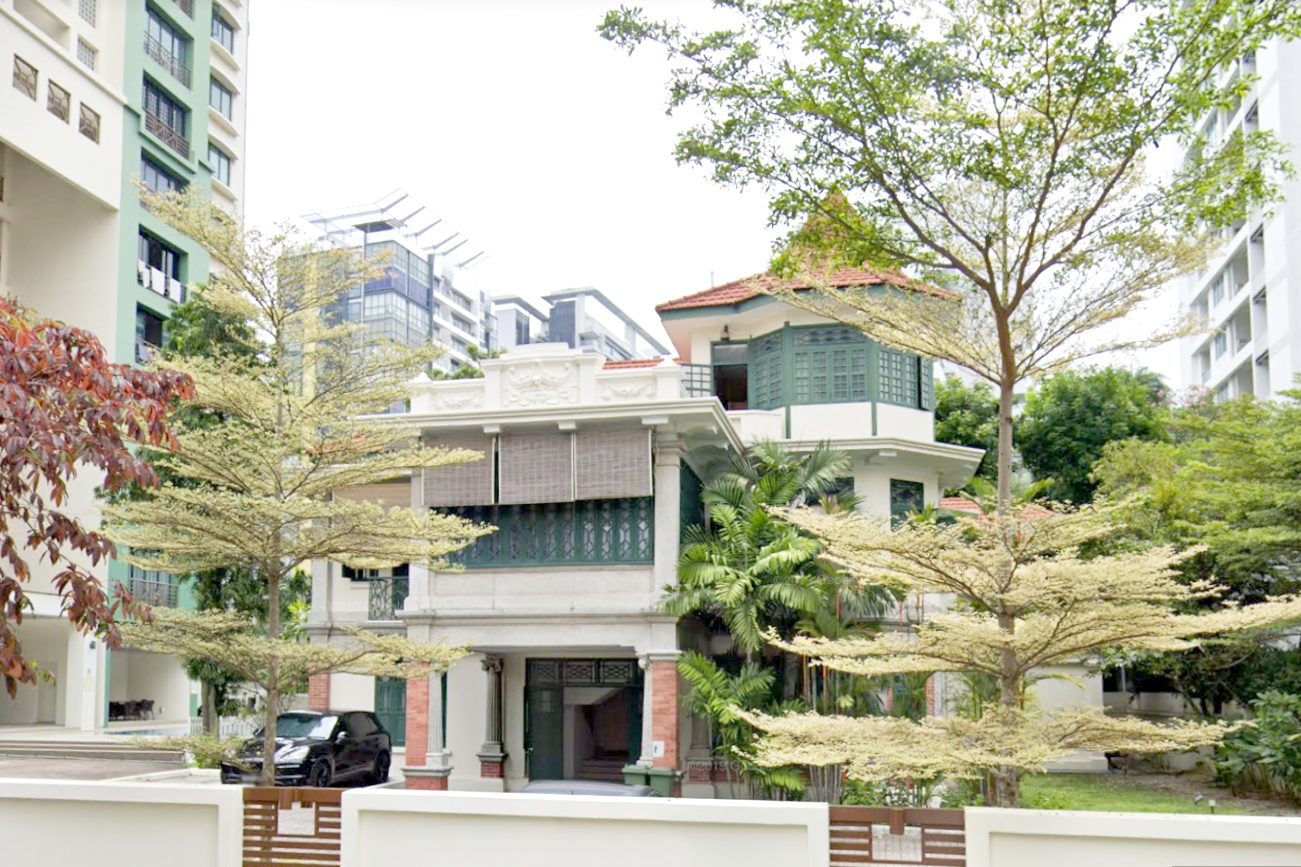 About the condo: Constructed in the Chinese-Peranakan style, this conserved multi-storey bungalow within Meyer Place condominum is actually for sale at the time of writing. The architectural highlights of the home are a covered balcony over the porch area and a three storey octagonal segment that’s topped off with an eye-catching conical roof.

[Recommended article: East Region of Singapore: the best neighbourhoods for you]

Recently, a number of projects have been launched that incorporate conserved buildings as part of their development:

Looking for your dream home? Find it on Singapore’s smartest property portal 99.co!