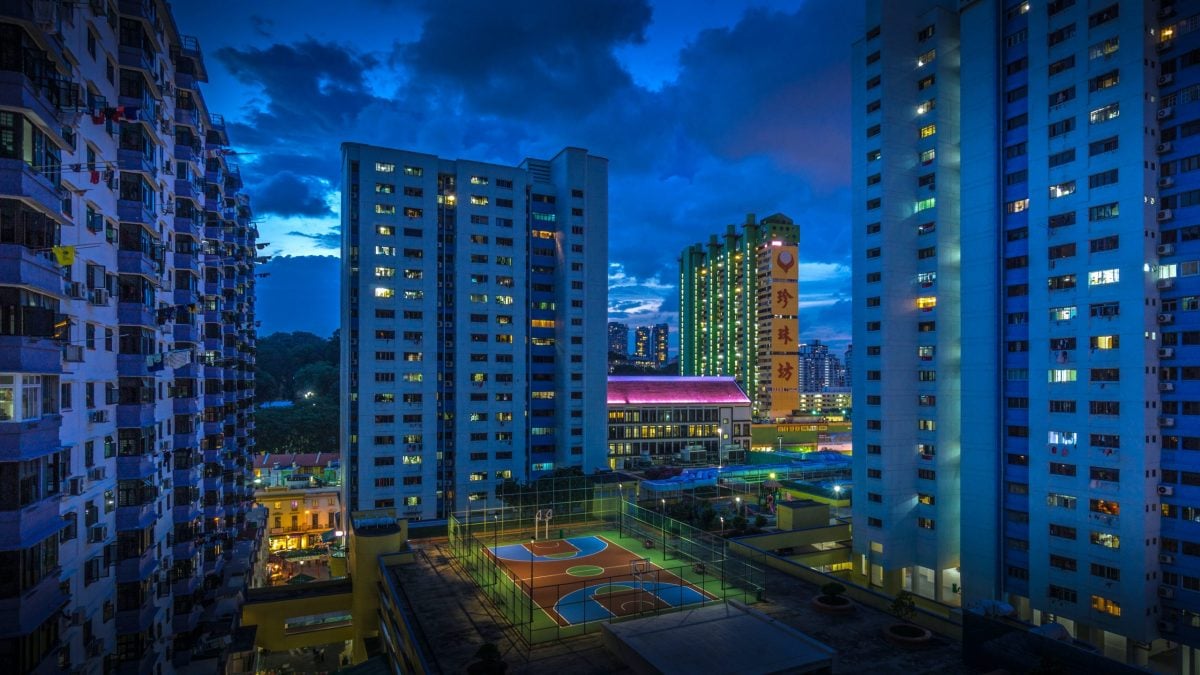 SBF is usually launched twice a year in May and November, at the same time as a BTO launch. However, you can only apply for either one or the other during the same launch.

One of the main reasons why people choose to apply for SBF instead of BTO is the waiting time. These days, BTO flats take around four to five years to complete due to issues brought about by the pandemic, such as supply constraints and contractors going bust.

On the other hand, SBF units are either under construction or have been built, so you can move in within as fast as three months.

If you find the BTO wait too long and resale too expensive (due to the sky-rocketing COV), Sale of Balance Flats are another option to consider. But before you jump into the SBF application, you need to know these five things.

1. Some of the flats sold through SBF are old

Not all Sale of Balance Flats are under construction or leftover from past BTO sales. Flats sold under the scheme include remaining flats from Selective En Bloc Redevelopment Scheme (SERS) and those repurchased by HDB from previous owners.

For the latter situation, this can be due to couples breaking up or owners having difficulty selling their flat in the open market due to the Ethnic Integration Policy (EIP).

This means that for the flats that have been built, they may even be as old as 40 years old. In fact, we found a Toa Payoh flat to be nearly 47 years old when it was put up for SBF in November 2020.

You can read more about old Sale of Balance Flats in this article.

What this also means is that not all flats under SBF come with a fresh lease of 99 years. So just like if you’re buying a resale flat, you’ll need to take note of the lease decay if you purchase an SBF built several years ago.

But here’s the good news if you’re keen on buying an old flat for its larger size. You’ll be able to buy it through SBF at a cheaper price than through the resale market. And similar to getting a BTO, you may be eligible for the Enhanced CPF Housing Grant (EHG) of up to S$80,000.

Let’s look at the starting prices of flats released during the most recent SBF (May 2022). For instance, 4-room flats in Toa Payoh had a starting price of S$236,000.

In comparison, 4-room resale flats in the estate are now selling with a listing price ranging from S$338,000 to almost a million dollars. 2. Information about the Sale of Balance Flats is only released on the launch itself

Another good thing about the Sale of Balance Flats scheme is that it doesn’t just comprise four to five locations like in a typical BTO launch. You can find flats of various types spread across the different estates in Singapore, as well as the race quota, put up for SBF.

In the last SBF exercise in November 2021, popular estates like Bishan and Bukit Merah were included as well.

However, HDB only releases information about SBF on the launch itself. This is unlike BTO flats, in which we usually have the info on the exact location, estimated number of units and flat type three months in advance.

This leaves you with only one week to look through the flats available through SBF and submit the application.

But the plus side is that you get more information about the flats available, right down to the block number and unit number. So you’ll be able to know which flats to avoid (such as those west-facing flats).

3. Not all SBFs are more expensive than BTO flats

The prices of SBFs have been adjusted to market rate, which means they can be more expensive than BTO flats. But since they’re under HDB and subsidised by the government, they’re cheaper than resale.

For instance, in last year’s SBF launch in November 2021, 4-room flats in Kallang/Whampoa were sold starting from S$564,000. This is S$53,000 higher than the starting price for the 4-room BTO flats launched in the same estate at the same time.

But we’ve also seen cases where the SBFs are cheaper than the BTO flats. A case in point is the 4-room Queenstown flats put up under SBF in May 2022, which had a starting price of S$331,000.

On the other hand, during the BTO launch occurring at the same time, HDB was selling the flats in the same estate S$180,000 higher, starting from S$511,000.

The Sale of Balance Flats scheme isn’t as popular as the BTO. After all, the typical Singaporean proposal is along the lines of “BTO ai mai?” and not “SBF ai mai?“

However, despite the “leftover” connotation SBFs have, application rates for flats under the scheme have been very high over the years.

For instance, in the last SBF exercise in May 2022, 140 first-timer applicants had balloted for 4-room flats in Choa Chu Kang. With only five units available, this translated to an application rate of 28. On top of that, there’s the priority scheme to deal with. Even if you’re applying under the Married Child Priority Scheme (MCPS), your chances are slimmer if you’re a second-timer applicant.

Regardless of the location of the flat you’re balloting (mature or non-mature estate), only 3% of the flats will be set aside for second-timers applying through SBF.

What’s more, there’s the race quota due to the EIP. Some estates may have more flats set aside for your race. Depending on your race and the estate chosen, you may have a higher chance of securing a flat.

The good news about the SBF is that the race quota info is available during the launch (unlike BTO). So you can better strategise on where to ballot for to increase your chances of securing a queue number.

5. Some SBFs may be undesirable

Since some of these flats are leftovers, they can be located at undesirable locations. They may be on the lower floors, facing the rubbish dump or have an obstructed view. They may even come with inauspicious unit numbers like #04-04 (the number four sounds similar to the word ‘death’ in Chinese) or #13-13.

Chances are, the good ones have already been snapped up by those lucky enough to get a queue number through BTO.

As for the repossessed flats, some of them may have been sold to HDB due to financial difficulties. A common issue we’ve heard new home owners face is that loan sharks would turn up to collect the previous owner’s debt.

So if you’re thinking of going for an older flat, it’s best to check out the flat at different times of the day and get a feel of the surroundings first. Are there noisy neighbours playing drums or singing karaoke in the middle of the night? Look out for signs like newly painted walls (perhaps to cover “O$P$”) or notices on the door.

But you can still talk to the neighbours to find out more about the flat and its previous owner. This may also give you an idea about the upkeep of the flat.

If you’re more superstitious, you might want to dig a little deeper as well. Some flats may also have been sold to HDB due to murder or suicide.

Should you go for Sales of Balance Flats?

Sale of Balance Flats are a good option to go if the waiting time for BTO is too long. And if you’re looking for a bigger space, you might even be able to secure an older flat or a 3Gen flat through the scheme.

But just like BTO, you need to be extremely lucky to secure an SBF. If you haven’t been able to get a queue number through both schemes and need a flat urgently, there are always resale flats that you can consider.

Would you apply for a Sale of Balance Flat? Let us know in the comments section below.

If you found this article helpful, 99.co recommends What you need to know about HDB’s Sale of Balance Flats (SBF) and How HDB allocates BTO and SBF flat supply.
Also, check out the Nov 2022 HDB BTO overview.

What is Sale of Balance Flats (SBF)?

No, just like the BTO scheme, you need to ballot for a queue number. The application period runs for a week.

Can singles buy through the Sales of Balance Flats (SBF) scheme?

Yes, just like the BTO scheme, singles have to be at least 35 years old to be eligible for the SBF.