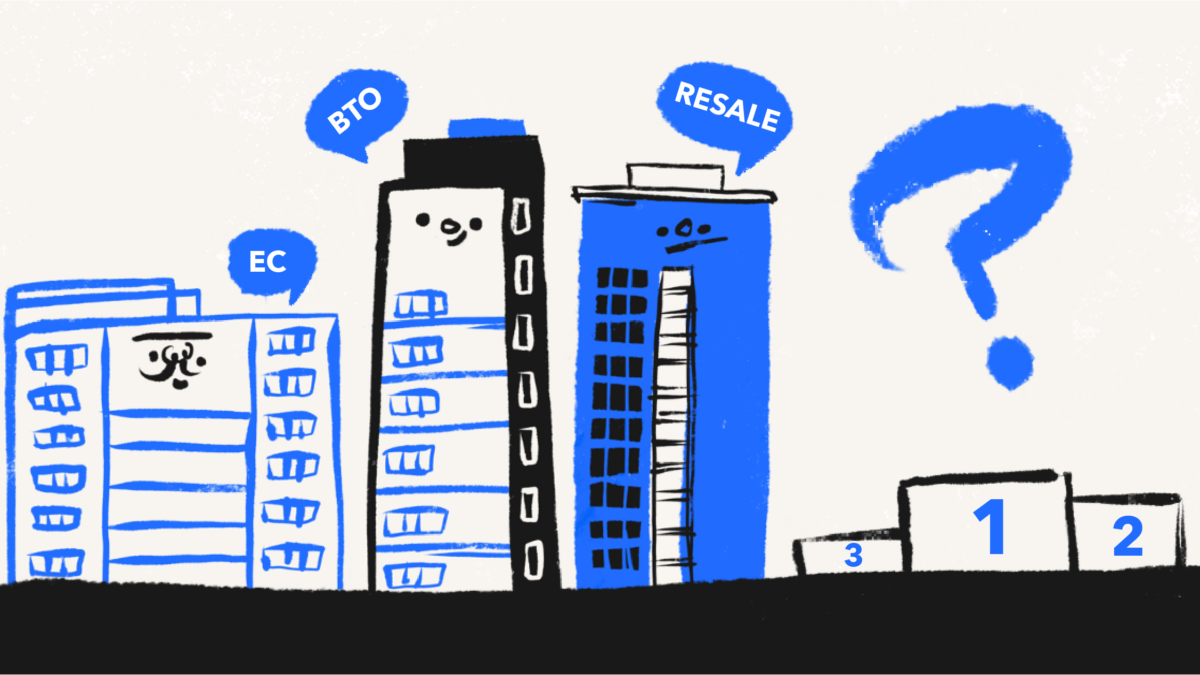 A lot of Singaporeans think of their house as a retirement plan. Come the age of 65, when we walk out of the office for the last time, we’ll need some sort of income. If the plan is to look at the house, then it’s logical to ponder which type is the real money maker. Not everyone can get a condo. So should you look at BTO, EC, or resale flat for the most profit?

For the purpose of the argument, assume that the following pertains to units in the same general location. Otherwise, location is a more significant determinant of flat values, when compared to the type of flat in question.

The main advantage of HDB BTO flats is that it’s always sold at a discount to market value, even though BTO prices have been creeping up steadily. Despite gripes about BTO prices, the reason why Singaporean first-time homebuyers still flock to them is simply because a BTO flat will always be worth way more than the initial price once it hits its five-year Minimum Occupation Period (MOP).

Profits for sellers can be as high as S$200k, making this BTO project a surer and more profitable bet than most things you can put your money on.

On top of that, we now have the Prime Location Public Housing (PLH) model for BTOs near the city centre. With restrictions such as a 10-year MOP and subsidy clawback, resale gains for these flats are expected to be lower.

Alas, the difficulty of balloting for a BTO flat means not every Singaporean first-time homebuyer can get one, especially if they can’t wait four to five years for a home to call their own.

For those looking to make a profit, be warned that oversupply of new flats in estates such as Punggol (and the upcoming Tengah and Tampines North) will also make it more challenging for flat owners to sell flats upon MOP. The supply may also result in downward price pressure, and owners could find themselves in danger of selling below valuation even though there’s a mathematical profit. Such sellers could fall into the trap of making a negative sale, with dire financial consequences.

So, it’s worth being open to options when BTO owners have reached the five-year MOP period. Even for owners who want to upgrade, it’s important to consider the option of retaining your HDB flat for rental yield, even if doing so will entail having to pay ABSD for buying a second property.

Even though this may take you a few years more to save up to upgrade, it could be a better long-term asset progression strategy than selling your BTO flat.

To be blunt, buying a resale flat will probably net you the lowest profit when you sell it again. This is because resale flats are primarily bought for reasons beyond profitability.

What’s certain is that buyers of million-dollar resale flats such as this can’t expect to make huge profits. Given the large sum they paid for their resale units, it’s unlikely that the value will appreciate in 10 or 15 years. The value of the flat could even depreciate due to lease decay.

One reason buyers tolerate the higher price is that the flat is already completed and ready to move in. There’s no construction wait time, and it is one way to immediately get a flat in a mature area, or in the exact location you want.

Also, the government offers a greater variety of housing grants and a higher total grant amount (up to S$160,000) for buyers of resale flats, versus BTO flats. This is a huge incentive.

Furthermore, some buyers, such as families with only Permanent Residents, can only buy resale flats.

Despite higher prices, rental yields of resale flats still average around 7%. So factor this into your asset progression strategy, or adopt a diversified investment approach rather than relying on your flat’s value as a nest egg.

Some owners just treat their nicely renovated resale flat as a liability (i.e. an expense) rather than an asset, and that isn’t a bad option if you have a sound long-term financial plan in place and all you want is just a decent roof over your head. Let’s compare an EC (Prive) and non-EC (Parc Centros) launched in roughly the same location in Punggol less than one year apart in December 2011 and July 2012 respectively. Prive’s three-bedder prices were around S$695 per square foot (median figure) in the first three months of its launch versus S$920 psf for three-bedroom units at Parc Centros.

Over the next few years, as Prive becomes fully privatised, prices will be closer to that of resale condos, potentially netting even more profit for sellers.

That being said, developers are raising the prices of ECs. The latest EC to hit the market, Parc Greenwich, had an average price psf of S$1,200 during its launch weekend.

While EC prices are getting higher, it’s reasonable to argue that buyers can still get a healthy profit upon MOP, especially if the location of the EC carries upside from future developments. Undoubtedly, there will be a group of buyers in the mid-high income bracket weighing between buying a new resale HDB flat (that just hit MOP) in a mature estate, and a new launch EC in a suburb. They’ll be wondering which is the better purchase for own-stay, and which will fit better into a plan for asset progression.

If an EC feels like a bit of a stretch for you right now, in terms of finances, then securing an HDB resale flat in a good location could be your best bet to kick start your asset progression journey.

The money you save by buying a resale flat can be used to grow in investments to prepare you for your private property purchase five to 10 years down the road. Thereafter, you get to rent out your resale flat at a high rental yield, or sell the flat to fund an upgrade to a private home (if you’re averse to paying Additional Buyer’s Stamp Duty).

Here’s the major takeaway: Don’t be too fixated on getting that BTO flat. If you’re unsuccessful too many times, it could be time to give resale or an EC (if you can afford it) a go.

Which property type is a good move for investment? Let us know in the comments section below or on our Facebook post.

If you found this article useful, check out Million-dollar HDB flats are hiding a worrying resale price trend. Here’s proof. and Here’s why you may not want to get the PLH flat if you’re thinking of upgrading in future.

Looking for a property? Find the home of your dreams today on Singapore’s fastest-growing property portal 99.co! If you would like to estimate the potential value of your property, check out 99.co’s Property Value Tool for free. Also, don’t forget to join our Facebook community page<! Meanwhile, if you have an interesting property-related story to share with us, drop us a message here — and we’ll review it and get back to you.